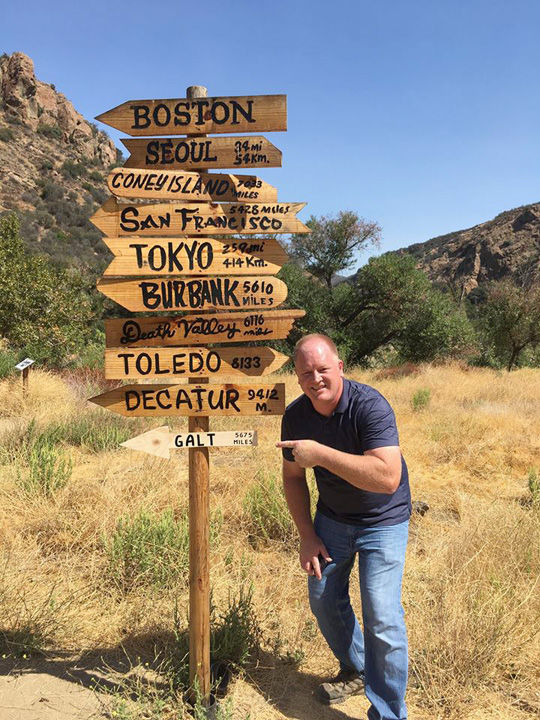 Wherever he goes, Smith takes his hometown pride. 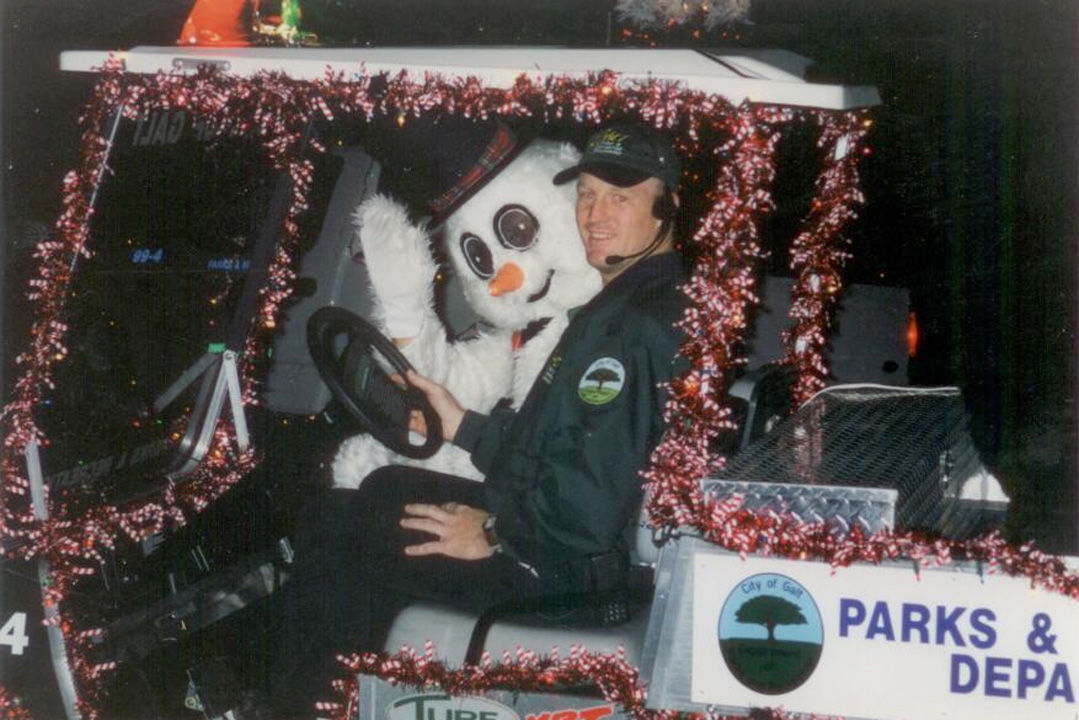 Smith worked for the city of Galt’s Parks and Recreation Department during high school, college and after, until he traded in his keys for a badge with the Galt Police Department. 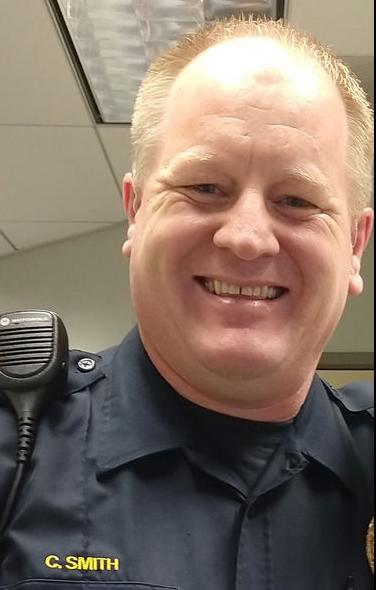 Chris Smith started working for the Galt Police Department in 2002 and promoted to sergeant in 2006.

Wherever he goes, Smith takes his hometown pride.

Smith worked for the city of Galt’s Parks and Recreation Department during high school, college and after, until he traded in his keys for a badge with the Galt Police Department.

Chris Smith started working for the Galt Police Department in 2002 and promoted to sergeant in 2006.

Editor’s note: This article is part of an ongoing series of articles that features accomplished Galt area graduates. If you are interested in being considered as part of this series or you know a GHS or LRHS graduate with notable accomplishments, career or otherwise, please email Faith Lewis at faithaeriel14@gmail.com or Bonnie Rodriguez at editor@galtherald.com.

Growing up in a small town like Galt can be a somewhat polarizing experience. Some people can’t wait to get out and see what they refer to as the “real world.” Others, like 1994 Galt High School graduate Chris Smith, wholly embrace their community and thrive in the homegrown, small-town values it fosters. After working his way up the ranks from a part time maintenance worker for Galt Parks and Recreation Department while in high school to the first Parks Superintendent several years later, Smith had the opportunity to change gears and pursue his dream career as a police officer. He is now a sergeant with the Galt Police Department.

Smith remembers his time at Galt High School, primarily for the support he received from his teachers and school counselors – as well as off-campus lunches at the Galt Frostie.

“The culture of GHS at the time was that of the city of Galt: small, close knit and very family oriented,” Smith said. “This culture follows me today as I interact with people daily in the Galt community.”

Smith had always hoped to become a police officer after high school, but before he graduated it became clear that his dream career was, at least for the time being, off the table.

Smith spent several years in speech therapy as a child to catch up to his peers, but as far as California’s standards for becoming a police officer were concerned, the problem was the hearing aids that he had been using since before starting preschool.

“The medical standards at the time would not permit a California law enforcement agency to hire a candidate who had a hearing impairment requiring the use of hearing aids,” Smith said.

So, he turned his attention to other careers that might allow him to have a positive impact on the local community. He continued to work for Galt Parks and Recreation fulltime and earned his bachelor’s degree in liberal studies with a minor in English from California State University, Sacramento in 1999 with the intention of becoming a teacher.

But then, Smith was met by a happy surprise, one that once again set him on the path to becoming a police officer.

“Thanks to the Americans with Disabilities Act and the subsequent changes in medical standards by the California Peace Officers Standards and Training (POST), I was ultimately able to make my dream a reality – better late than never, as the saying goes,” Smith said. “I credit then Chief Doug Matthews entirely for his encouragement and support at the time the standards changed. He alerted me of the change and encouraged me to pursue my dream career.”

Smith put himself through the San Joaquin Delta College Police Academy in Stockton while still working fulltime and was then hired as a reserve police officer, giving him the chance to test the waters to see if the job, in fact, lived up to his expectations and prove to himself that he was fully capable of handling the responsibilities that came with the job.

Now, Smith has been a Galt Police Officer for nearly 20 years and has held a variety of positions within the department, including training manager, K9 program supervisor, Explorer Program advisor, scheduling, field training officer coordinator and fleet management, as well as several IT related assignments.

In July 2006, he was promoted to his current position as sergeant and he says he doesn’t feel the need to promote further.

“So far, the position of police sergeant is the most rewarding job to have in a police department,” Smith said.

Smith now supervises the department’s weekend patrol team. With that comes a whole host of responsibilities that can change day to day as the department strives to meet the community’s needs.

“At the end of the day, it’s really all about my family and friends [who] I have grown up with over the years. I value being close to the ones I love and being in a position to make the community they live in safer or better,” Smith said regarding his choice to stay in Galt.

And that community orientation and dedication hasn’t gone unnoticed: Smith was selected as the department’s Officer of the Year in 2016.

“The consensus or theme given by the employees, so I was told, was that I was always willing to help any and/or everyone when needed, whether solicited or not,” Smith said. “When I observed a problem, I often identified it and made every attempt to resolve it without being instructed to do so. I simply just take the initiative to fix whatever I can with the resources and authority level available to me.”

Smith also currently serves as the vice president of the Galt Police Officers Association (GPOA), which represents the interests and safety of the department’s officers.

“I enjoy representing officers with the city in meetings with city management,” he said. “Although they’re not all pleasant, at least there is dialogue occurring, and there is no question on where the GPOA stands on any given issue.”

And, in his free time, Smith can once again be found volunteering his time in the Galt community, especially with his role as chair of the Parks & Recreation Commission where he helps to advise the council on various parks and recreation related issues. He hopes to remain involved with this commission for the foreseeable future and, when it comes time to retire from the GPD, he would like to be elected to the City Council to continue to make an impact on the community he credits for giving him the various opportunities he’s had.

“I am entirely grateful for being a part of the Galt community and, because of our community, I have been successful,” Smith said. “I can’t thank the mentors I’ve had in my life from the Galt community enough. I credit their guidance and inspiration to my success thus far.”