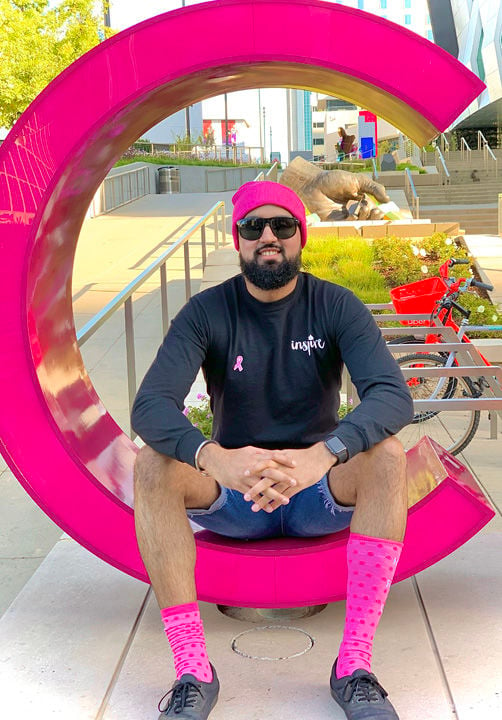 When not working on projects for Inspire Clothing, Uppal can be found volunteering for other causes such as Breast Cancer Walk in Sacramento. 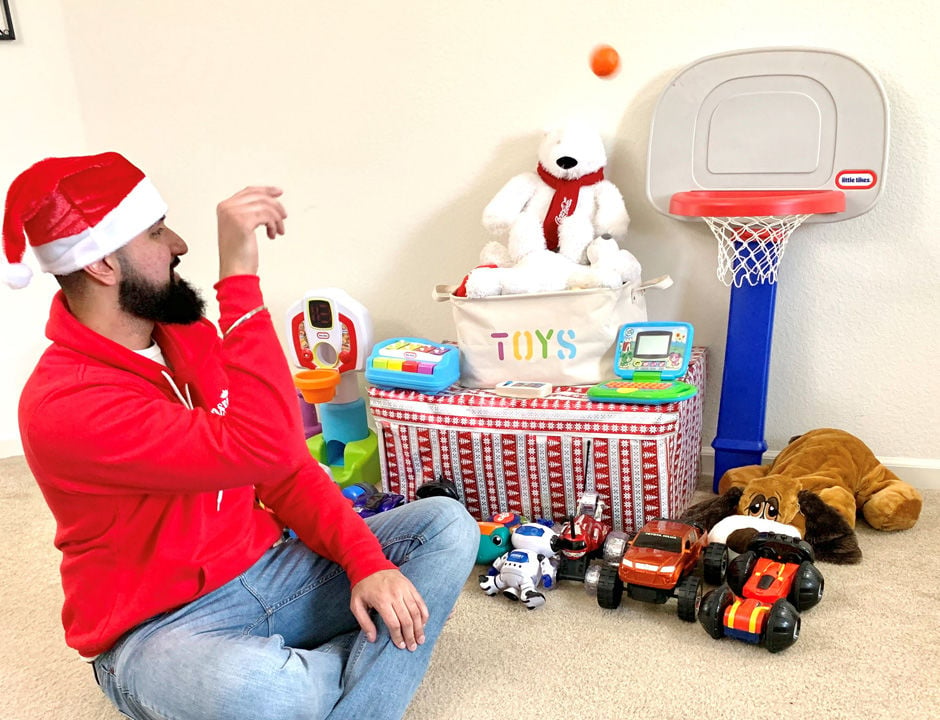 Uppal tests out some of the toys donated by Inspire Clothing during the holidays. 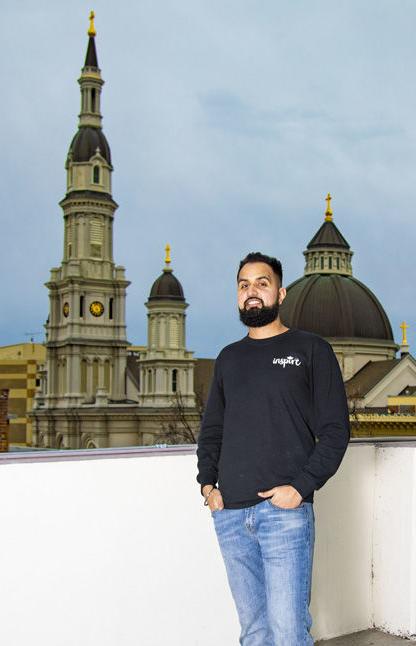 Harvinder Uppal founded Inspire Clothing in 2019 as a way to give back to the community locally and globally.

When not working on projects for Inspire Clothing, Uppal can be found volunteering for other causes such as Breast Cancer Walk in Sacramento.

Uppal tests out some of the toys donated by Inspire Clothing during the holidays.

Harvinder Uppal founded Inspire Clothing in 2019 as a way to give back to the community locally and globally.

Editor’s note: This article is part of an ongoing series of articles that features accomplished Galt area graduates. If you are interested in being considered as part of this series or you know a GHS or LRHS graduate with notable accomplishments, career or otherwise, please email Faith Lewis at faithaeriel14@gmail.com or Bonnie Rodriguez at editor@galtherald.com.

Born in Punjab, India, Harvinder Uppal moved with his family to New York in 1995 and then finally to Galt in 2002. Now, a decade after graduating from Galt High School, Uppal has found a balance between cultural expectations toward education and community. He launched his clothing line, Inspire Clothing, in 2019 as a way to lend a helping hand to those in need locally, as well as globally, and he is also laying the foundations for a career in healthcare.

Uppal graduated from GHS in 2009. Despite his lifelong love of basketball, he didn’t have the chance to play for Galt High School or get involved with other extracurricular activities.

“I was the oldest child in the family and, coming from an immigrant household, I was expected to help with household activities at an early age,” he said. “When I was not at school, I was helping my parents and grandparents translating at their doctor appointments, helping fill bills at home, and other chores around the house.”

Still, he believes Galt High School helped set him on the path to where he is today, especially when it came to continuing his education after high school. He explained that there was a lot of pressure to be successful in school, and careers like becoming a doctor or lawyer took center stage. Thanks to the help of his teachers and counselors at GHS, he was able to navigate college applications and went on to earn his bachelor’s degree in communication studies from California State University, Sacramento in 2016 with the intention of attending medical school in the future.

“Many doors opened for me and I became involved in the community,” Uppal said of his time at Sacramento State. “I found my passion to give back to others and helping under-served communities.”

He started a nonprofit through the Bhaghat Puran Singh Health Initiative, an on-campus club at Sacramento State, to address the lack of public health awareness in the Indian community. With this nonprofit, Uppal organized free health clinics at local temples to educate people on how to prevent health conditions like heart disease and diabetes, and adopt a healthy lifestyle.

This set in motion the idea for a business plan that would allow for him to give back to the community regularly, and it was finally realized when he founded Inspire Clothing in April of 2019.

“I decided to do a clothing brand because it has the potential to be diverse and carry a unique message,” Uppal said. “And it was an excellent way for customers to feel great about what they wear because they helped make a difference.”

Uppal designs all his own products, manufactures them locally, and ships orders himself. Then he dedicates one third of the profit to give back to the community through events such as donating clothes, snacks, books and school supplies to various local schools, hosting toy drive for the holidays, and partnering with nonprofits on projects like building tiny homes for homeless veterans.

“The goal was to impact 1,000 lives in a year, and I know we’ve definitely exceeded that,” he said. “We use 30 percent of the profits to do events in the community [and] 50 percent profits are donated when there is a catastrophe in the community. For example, we donated 50 percent of the profits in January to the victims affected by the fires in Australia.”

Now Uppal is thinking globally. He’s already seen the impact Inspire Clothing has been able to make in the local community and has decided to take it international. He partnered with the Moyo Wazi Foundation to send more than 150 backpacks and other school supplies to students in Congo in Central Africa last year and is now planning a three-week trip to India at the end of this month to purchase more than 100 pairs of shoes and school supplies for kids whose families cannot afford them.

“[Inspire Clothing] shifts my life’s purpose and goals on others rather than just focusing on myself,” Uppal said. “I do not base my success on the amount of education I have, my status, or how much money I made, but I base it on how many lives I can enrich by giving back.”

Uppal has been working at Wells Fargo since 2014, a position he credits with giving him much of the knowledge he needed in order to start Inspire Clothing, and he plans to apply for nursing school in the coming year with the goal of becoming a nurse practitioner.

To support Uppal’s events, shop Inspire Clothing online at shopinspireco.com or connect on Instagram (@shop.inspireco). Inspire Clothing is currently accepting donations, 100 percent of which will be put toward Uppal’s upcoming events in India (Venmo, @Inspire-Clothing).