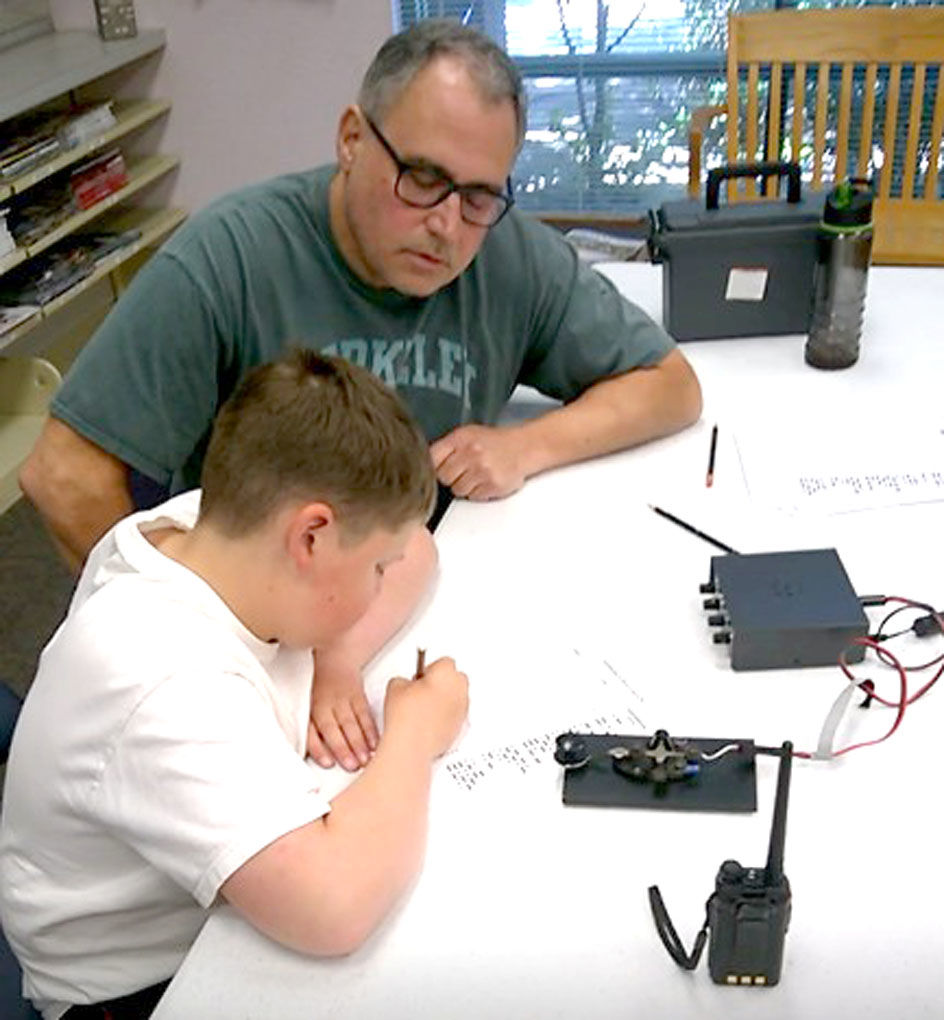 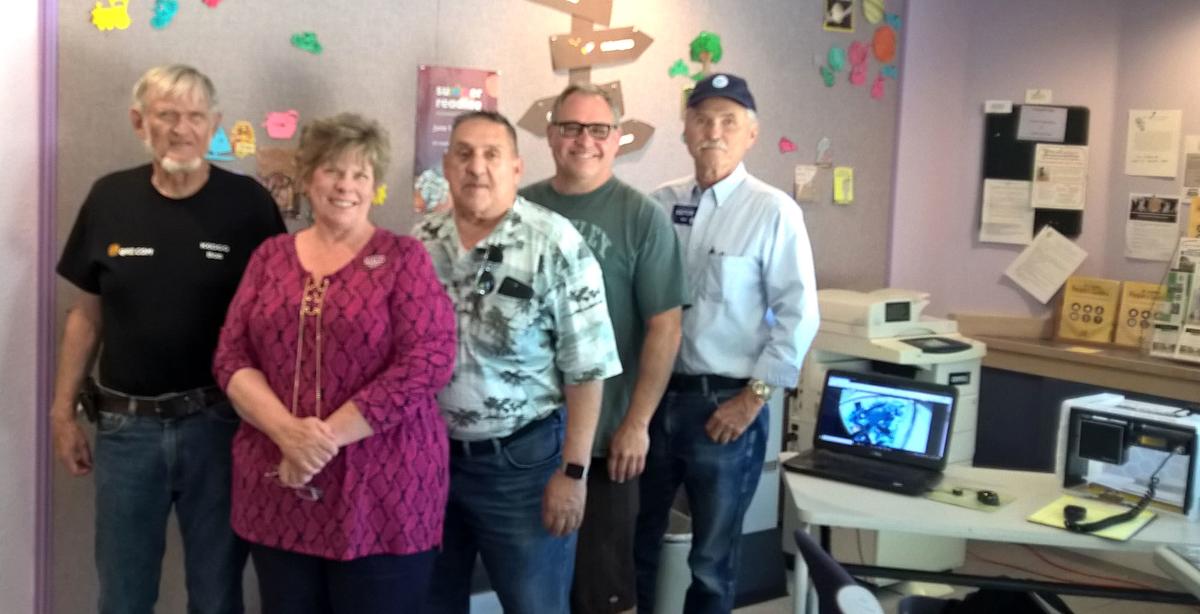 The purpose of the event was to introduce Amateur Radio to children and let them talk to other kids on the radio. This is a national event sponsored by the American Radio Relay League (ARRL). Two complete stations with transceivers and antennas were set up at the library.

One station was used by the kids to make contacts with other stations. Nine children operated this radio and had a great time talking to hams around the area. The radio used a repeater transmitter located on Bear Mountain just outside of San Andreas. The transmitter is located at higher altitude and has a wide range of coverage. Jean Thuotte, KJ6IFN, guided the kids on this radio.

The second station was used for another very interesting Amateur Radio event that was taking place at the Byron Airport, “Parachute Mobile.” During this event, Amateur Radio Operator Rob Fenn, KC6TYD, parachuted from an airplane at 13,300 feet. He wore a TV camera to show his descent to the ground and also had a radio to make contacts on the way down with Amateur Radio stations in the area.

The first contact he made was with the station at the Galt library. Many of the kids, with their parents and some of the library staff, watched the video as the ham operator descended from the plane. The operator said “hi” to the kids and hoped they were enjoying their day with Amateur Radio. They were thrilled to see him descending as he spoke directly to them. Ron Russell, KG7OR, controlled this radio and the video feed on a computer.

Another activity for the kids was a Morse Code exercise. They were given a sheet of paper with the alphabet and the Morse Code characters for each letter. They encoded and practiced sending their names with a Morse Code key. Twelve children took part in this exercise. Tom Daley, WA6OSX, guided them through the procedure.

Galt Mayor Lori Heuer stopped by to watch the event and especially enjoyed the parachute mobile video. Before leaving, she joined all the Amateur Radio operators for a group picture.

“I want to thank Fred Coe, WB6ASU, owner of the Bear Mountain repeater, for allowing use of his equipment for the event,” said Bob Schuldheisz, K6DGQ. “And I wish to give a very special thank you to Samantha LeBlanc and the staff of the library for their help and support putting on a successful Kids Day in Galt.”