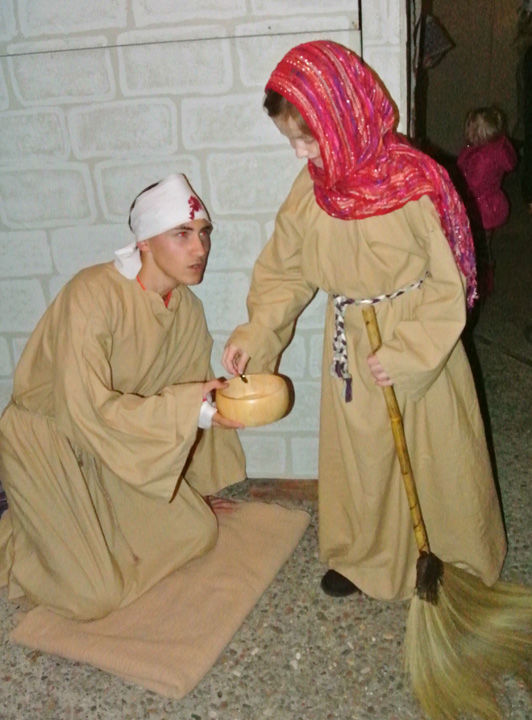 A ‘town resident’ offers a coin to an injured beggar. 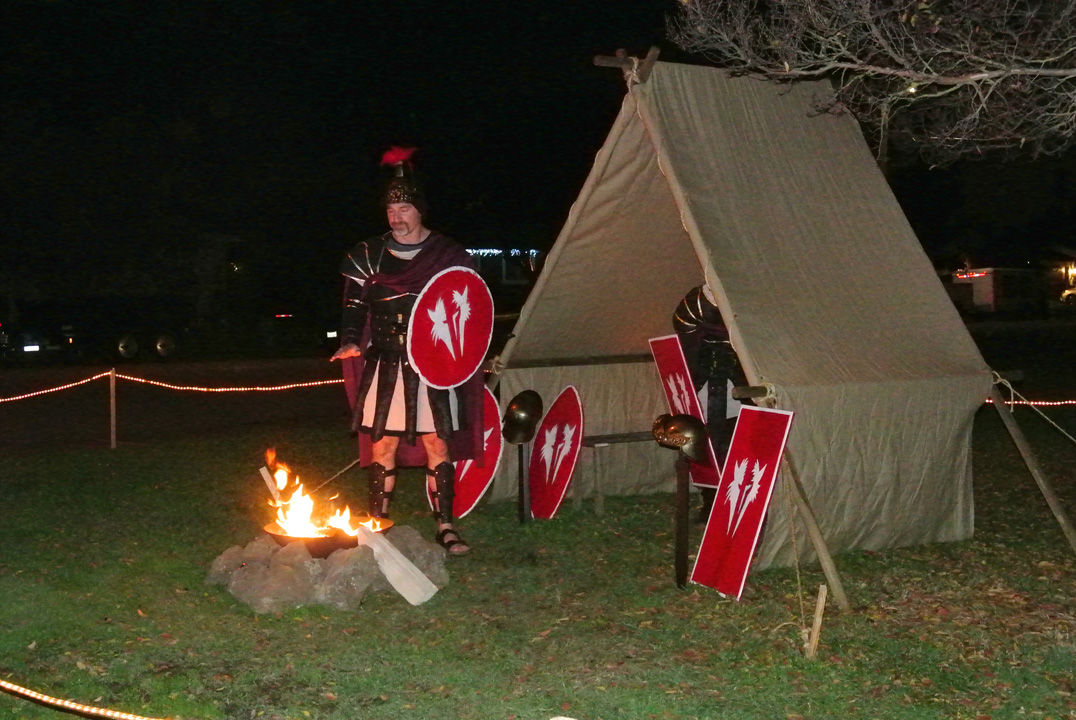 A Roman Guard encampment is just outside Bethleham. 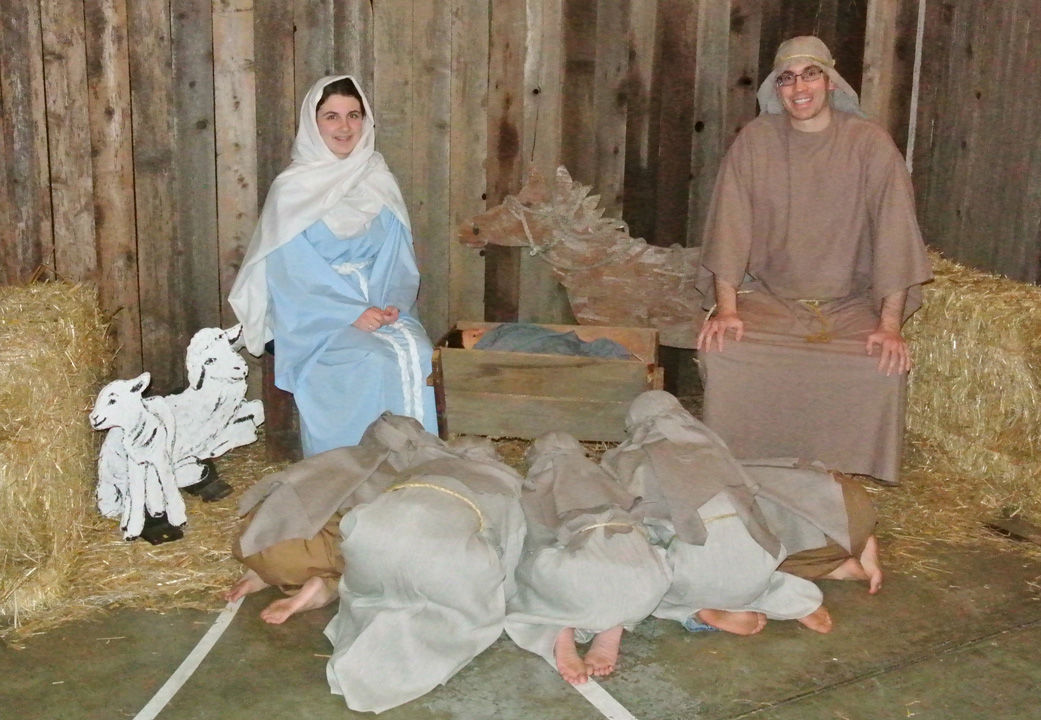 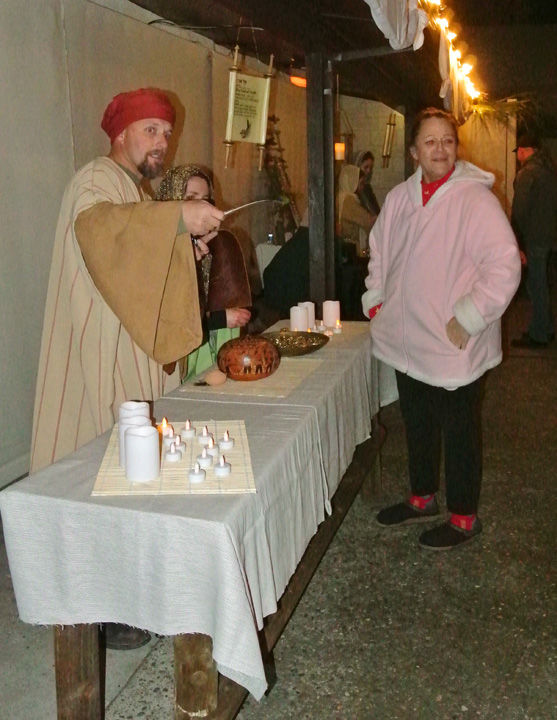 The census takers greet each guest as they enter the city of Bethlahem at the Galt Bible Church annual live nativity Friday evening.

A ‘town resident’ offers a coin to an injured beggar.

A Roman Guard encampment is just outside Bethleham.

The census takers greet each guest as they enter the city of Bethlahem at the Galt Bible Church annual live nativity Friday evening.

Galt Bible Church hosted its living nativity in which visitors registered for the census, shopped in the marketplace, saw shepherds tending their flocks, and witnessed Mary and Joseph attending to the newborn babe. The presentation was offered Thursday, Friday and Saturday evenings at the Galt church.

Guests entered the church grounds to begin a journey back to the times of King Herod and the birth of Jesus Christ, and became part of the scene. Outside the gates of “Bethlehem”, a Roman guard encampment met guests before they passed by several stable areas. Sheep, goats, chickens, rabbits and horses greeted guests.

Entering the gates of the city, guests were stopped by census takers, who took down their family name and offered each guest gold coins.

Under the watchful eye of Roman guards, guests walked down the “streets” of Bethlehem, where they found no vacancy signs at inns, such as the Holy Day Inn. Children, dressed in time period costumes, played in the streets and beggars asked guests for food and money.

Lining the streets, the marketplace featured various vendors offering their very best goods. Guests could purchase their wares with their gold coins.

As guests continued through the presentation, they entered a “stable” where they were greeted with a children’s choir of angels. Shepherds tending their flocks were present, and guests followed the shepherds to the Christ child, Mary and Joseph.

Continuing out of Bethlehem, guests then witnessed King Herod command three visiting wise men to report back when they had found the child being called the “King of the Jews”. The king’s scribe dutifully recorded the conversation on scrolls.

Flashing forward, an angel appeared next to an opened tomb, telling Mary Magdalene to not weep because Christ had risen, and commanded her to tell everyone of the miracle.

After the presentation, guests were each given a gift, and refreshments were served where guests could sit and visit or ponder what they had just witnessed.