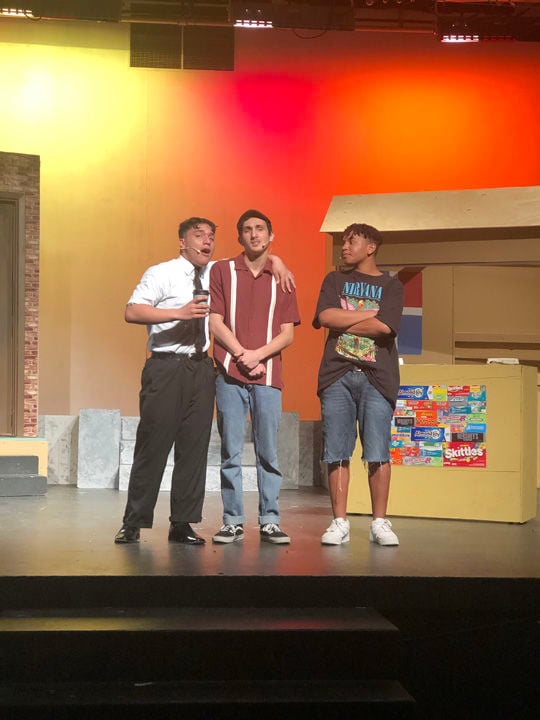 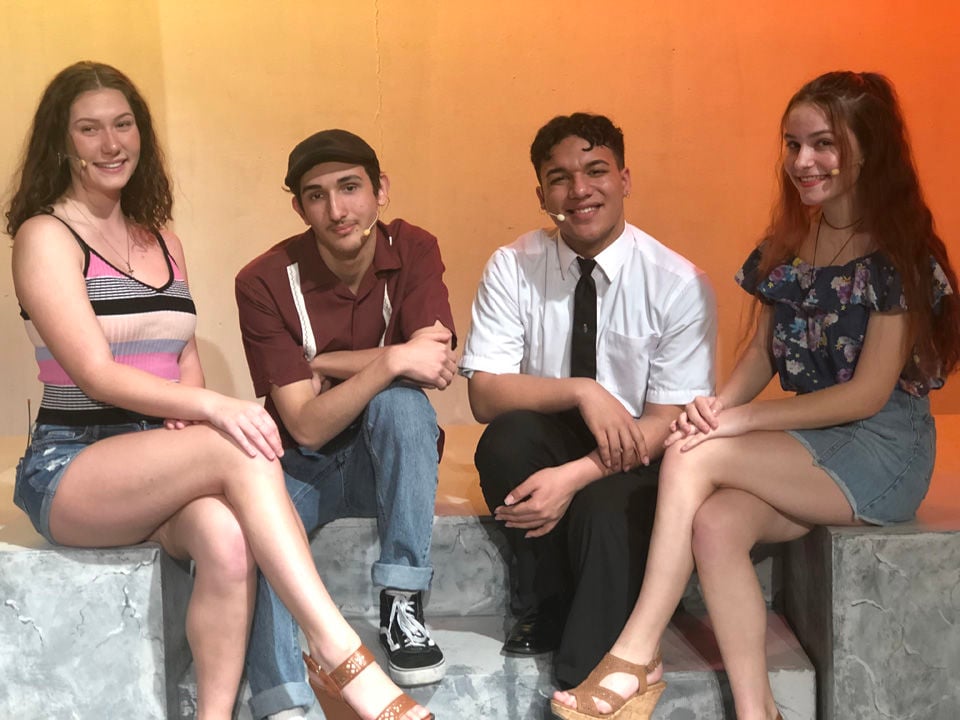 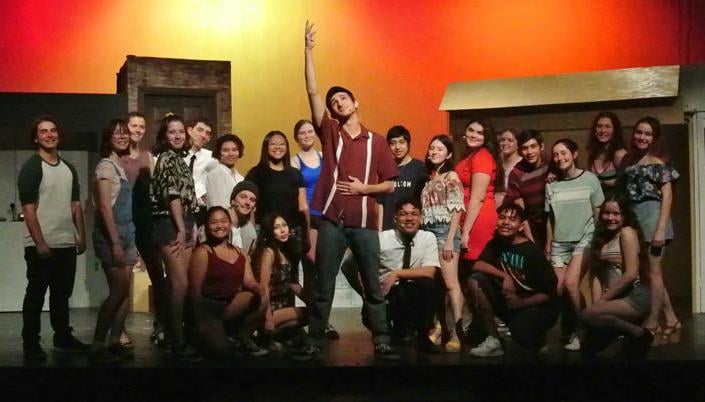 The cast and ensemble of ‘In the Heights’ will take to the stage beginning this Thursday, Feb. 27 at 7 p.m., at the Galt High School auditorium.

The cast and ensemble of ‘In the Heights’ will take to the stage beginning this Thursday, Feb. 27 at 7 p.m., at the Galt High School auditorium.

Galt and Liberty Ranch high schools’ Infinite Theater Group returns to the stage with its spring production of “In the Heights” beginning this Thursday, Feb. 27 at 7 p.m., in the Galt High School auditorium. Performances take place Thursday through Saturday at 7 p.m. through March 7. Tickets are $15 for adults, $12 for seniors and $10 for students. Tickets will be sold at the door or can be booked online at https://galt-high.ticketleap.com/.

“In the Heights”, written by legendary writer/producer/actor Lin-Manuel Miranda, tells the story of a vibrant Cuban, Dominican and Puerto Rican community in New York City’s Washington Heights neighborhood – “a place where the coffee from the bodega is light and sweet, the windows are always open, and the streets explode with the songs and rhythms of three generations,” according to a district press release. “It’s a community on the brink of change, full of hopes, dreams and pressures, where the biggest struggles can be deciding which traditions you take with you, and which ones you leave behind.”

The close-knit neighborhood is facing financial fallout from encroaching corporations, which are pushing out small businesses.

The play follows four main characters Usnavi, Vanessa, Benny and Nina who each, in turn, have to overcome the changing landscape in their community while battling their own personal struggles, all of which adds to the tension of an unsure future.

Played by Galt High senior Gabe Perez, Usnavi de la Vega is the narrator and a major character in the play. Usnavi is the owner of a small bodega in the neighborhood, is in love with Vanessa and dreams of moving to the Dominican Republic.

Perez has been participating in the drama program since his sophomore year and had his stage debut in “Little Shop of Horrors”.

“I ended up trying out for the musical because the teacher at the time, Mr. Nunes, had convinced me to audition for the musical,” Perez said. “I was God awful and got one of the side roles.”

Unfortunately, in a comedy of errors, Perez found himself thrown into a main role as the dentist.

Perez went on to participate in various theatrical competitions with his fellow student actors and took a main role in last year’s spring performance of “Zombie Prom”.

Usnavi is Perez’s first main character on the main stage.

“I take most pride in this role because, in a way, it kinda relates to my family, but the most rewarding was ‘Little Shop of Horrors’ because it really pushed me to perform well. Because of everything that happened beforehand, I felt I had to push myself.”

Ryley Silva, Liberty Ranch, plays Nina Rosario who is the first in her family to go to college. Many in the heights admire her as the “one who made it out.” However, she returns home to tell her parents that she has dropped out of college after finding it too difficult. Always the good obedient daughter, Nina loses patience with her father’s overprotectiveness and his refusal to acknowledge Benny as an acceptable love interest.

Silva is following in her older sisters’ footsteps, having watched them during their high school careers. Silva has participated in four other main stage performances, but “In the Heights” is her favorite because she “finally gets to shine” in her first lead role.

Galt High School junior Brysen Sayles plays Benny. Benny falls in love with Nina and works for her father Kevin at his car servicing company. Benny dreams of someday owning the business and is angered when Kevin announces he sold it to pay for Nina’s tuition.

Sayles started his theatrical career in middle school. After taking a break his freshman year because he began to think “maybe drama isn’t my thing”, he found himself drawn back in, helping with the scenic design for “Little Shop of Horrors”.

His sophomore year, Sayles landed his first main role in high school as Alf in “Peter and the Starcatcher”, which led to the male lead as Jonny in “Zombie Prom” and Professor Plum in “Clue: On Stage”.

“It’s just been an awesome adventure,” Sayles said. “It’s just one of my great passions. I didn’t know that I really liked theater until I got into it.”

Sayles would like to continue participating in theater in college, and perhaps making it his career.

Vanessa, played by Liberty Ranch senior Nina Mendez, works at a salon next to Usnavi’s bodega. She is very attractive and catches the attention of the men in the neighborhood; however, she sets her sights on Usnavi. Vanessa dreams of leaving the area to get an apartment downtown, but can’t afford to make the move.

Mendez found her love of theater early, having performed in plays beginning in kindergarten.

After moving to Galt during high school, Mendez naturally gravitated to the drama program, beginning her Galt district debut in “Peter and the Starcatcher” her sophomore year. Her passion for the stage led her to perform in “Zombie Prom” and “Clue: On Stage”, and now to a main lead in “In the Heights”.

Mendez’s advice for those considering theater is “Go for it! If you think you want to try out for something, I say do it, don’t be afraid,” Mendez said. “I know that I was super afraid to start out in theater and thought I was never going to get a role, never going to get casted or even considered. But I was, and it really turned out to be an amazing thing.”