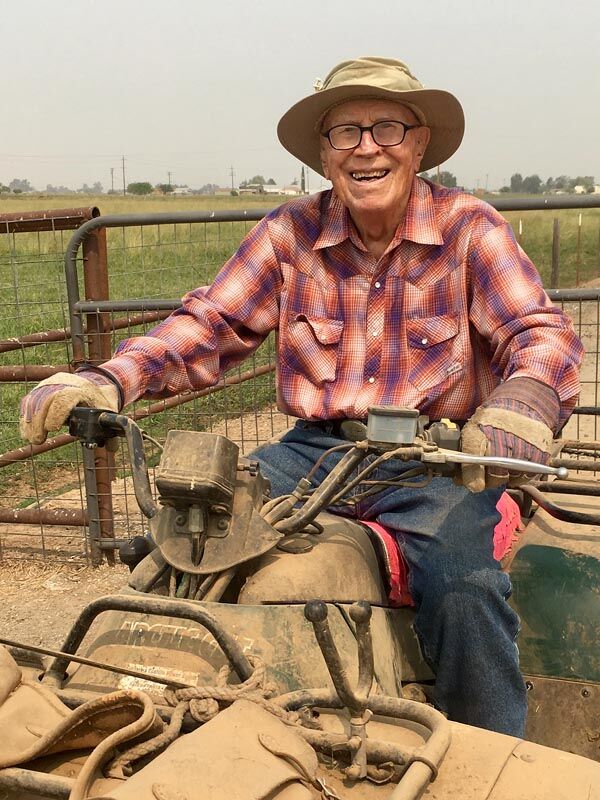 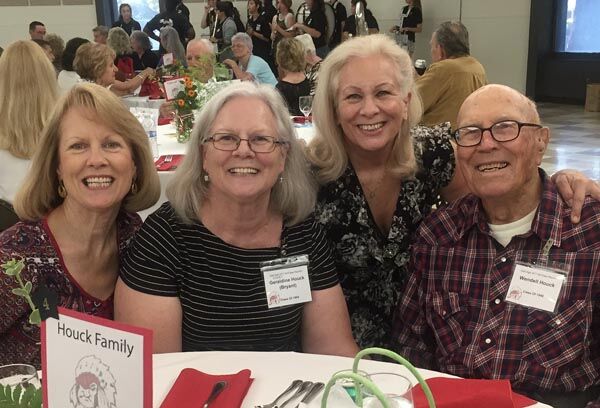 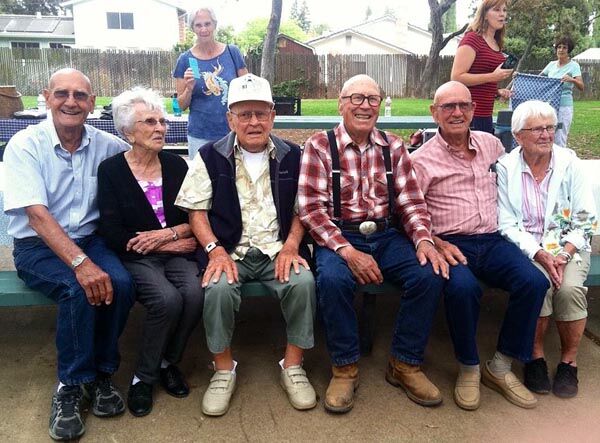 Houck is pictured with his remaining siblings. He had four brothers and three sisters. 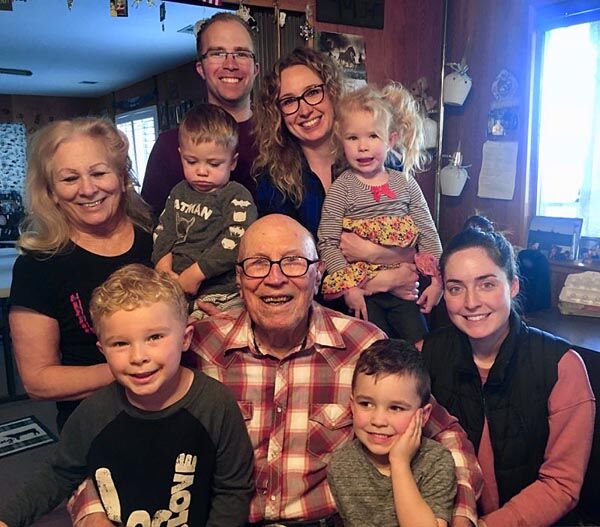 Houck is pictured with his remaining siblings. He had four brothers and three sisters.

Wendell Houck, long-time Herald rancher, was born on Jan. 14, 1921 near Delia, Kansas on the Potawatomi Reservation. Woodrow Wilson was president, dealing with World War I, women had just fought for and won their right to vote, movies were still silent films and the American Professional Football League was formed the previous year with Jim Thorpe as its president.

Houck is one of four living siblings. His older sister is 105 and his three younger brothers are all in their 90s. His family encourages all who know him to send happy birthday wishes.

Houck said part of the secret to his success in life was how and where he was raised.

“I was raised kind of like an Indian,” said Houck. “No running water or electricity. It taught me a lot.”

Houck and his three younger brothers took off in a 1929 Ford four-door to head to California. They took the long way – through Idaho where they picked potatoes and onions, through Washington and Oregon where they worked in lumber, topping trees, and eventually made it to Sacramento where their older brother worked for Capital Nursery.

He met Florence Gudel and they married at St. Peter’s Lutheran Church on March 31, 1946. Houck had joined the United States Air Force in 1941. By the end of that year, the Japanese had bombed Pearl Harbor and President Franklin Delano Roosevelt declared war.

When McClellan Field opened, Houck said they loaded all of them up in trains and they went to Canada and then all the way to Florida.

“In Florida, we were to guard the coastline,” Houck said. “We captured Germans who came over in two-man subs. When we took them into custody, they were tickled to death to be in the U.S.A.”

His next venue was near the Mediterranean Sea where a lot of fighting was going on during World War II.

“I was then shipped to England,” Houck said. “There were seven air fields there, and I did the traffic control for all the B-17 Bombers. We all knew what the engines of the German B1s sounded like. We’d listen. When those engines cut out, we’d all take cover. We knew what was coming – bombs.”

Houck spent time in after-war events in Munich and participated in the Berlin Air Lift when the Russians had cut off all transportation and were keeping hundreds of thousands of Germans.

After 25 years in the Armed Forces, Houck retired in 1965 as a Chief Master Sergeant. He and his wife Florence enjoyed traveling the world, from Germany to Alaska and everywhere in between before settling back down in Galt and eventually in Herald. He lost Florence after 53 years of marriage to breast cancer.

Houck also served as a Galt Police Officer for 40 years before his second retirement.

“After my wife passed, Lana would be at the roundups,” Houck said. “So, I asked her if she’d like to go out sometime. That was how it started.”

According to his daughter Joanne Houck Seibel, her father is still very active. Together with his wife Lana of 22 years, they manage feeding and caring for cattle, sheep and chickens on their 466-acre ranch. They have three daughters, Gerry Bryant, Joanne Seibel and Jean Moersch, eight grandchildren and 13 great-grandchildren.

Houck said the secret to his success in life was a lot of hard work.