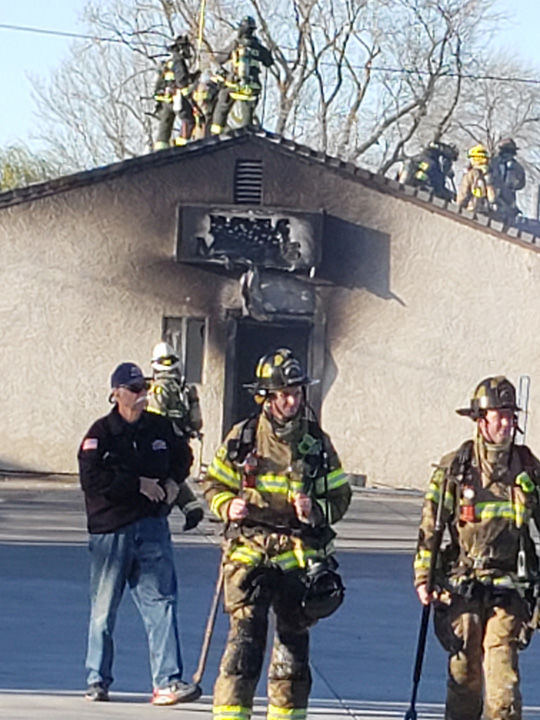 Community fixture Dees Meats is destroyed by fire in 2019. 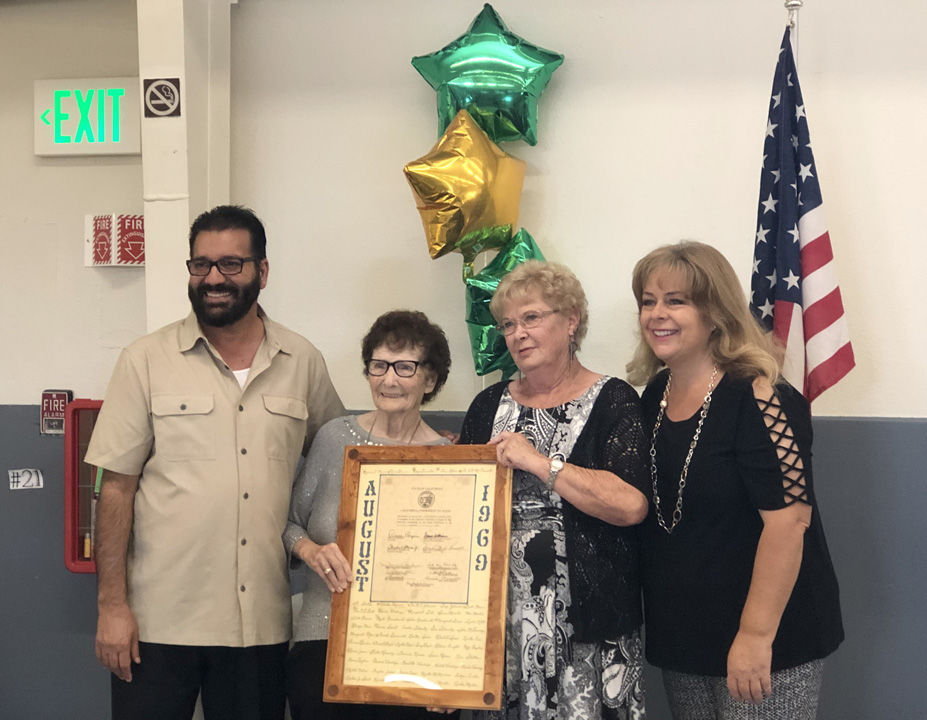 The Senior Club celebrates its 50th birthday in 2019. 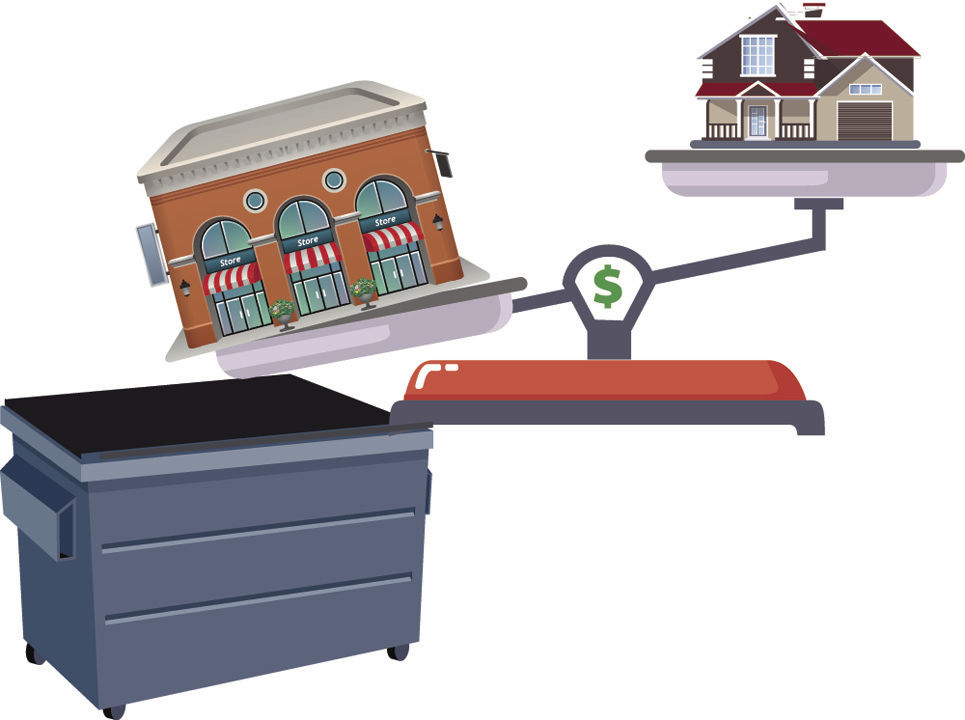 May 2019 trash rate hikes hit business owners hard in their pocketbooks. Residential customers saw an increase as well, but not as extreme as local merchants. 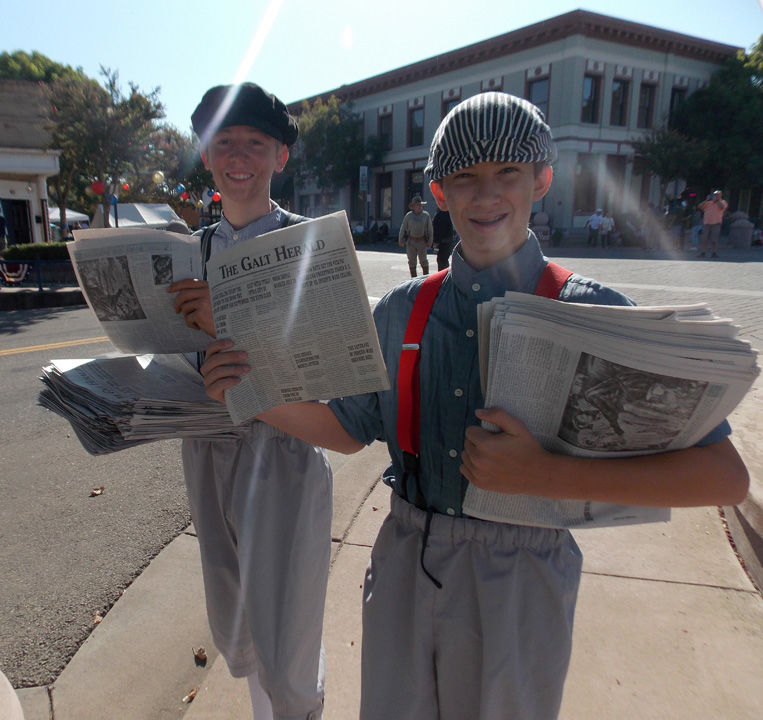 Newsboys roam the streets trying to sell The Galt Herald during the Galt Sesquicentennial Celebration in September. 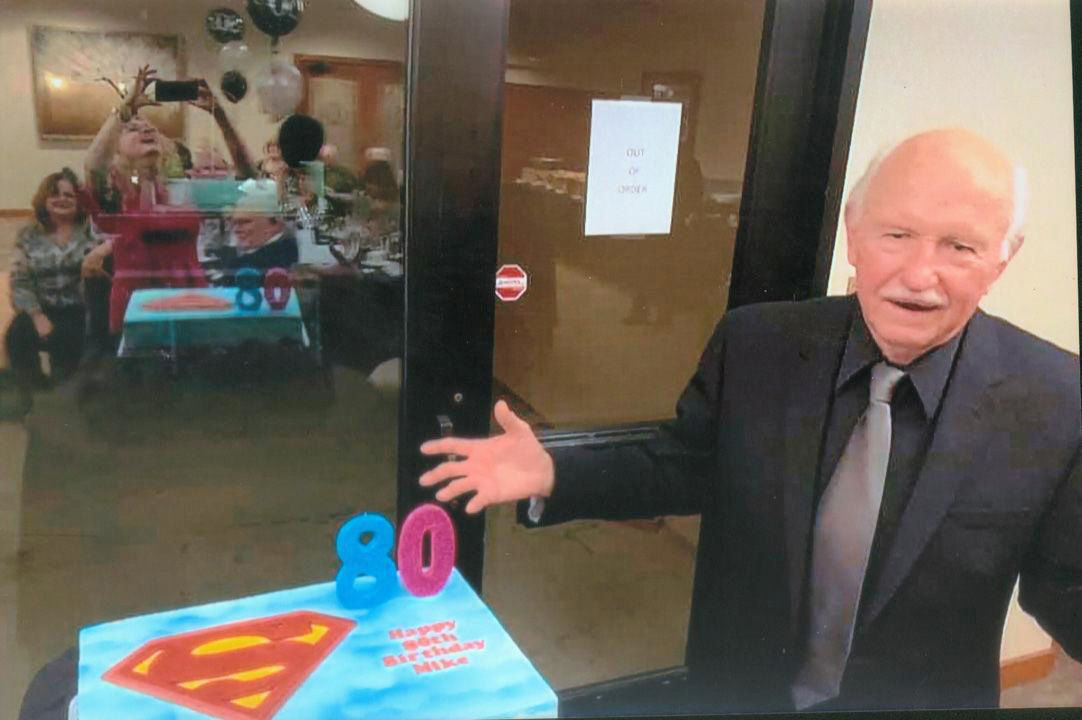 Mike Guttridge celebrates his 80th birthday in 2019. The local developer finished his last home in Galt, wrapping up decades of community development. 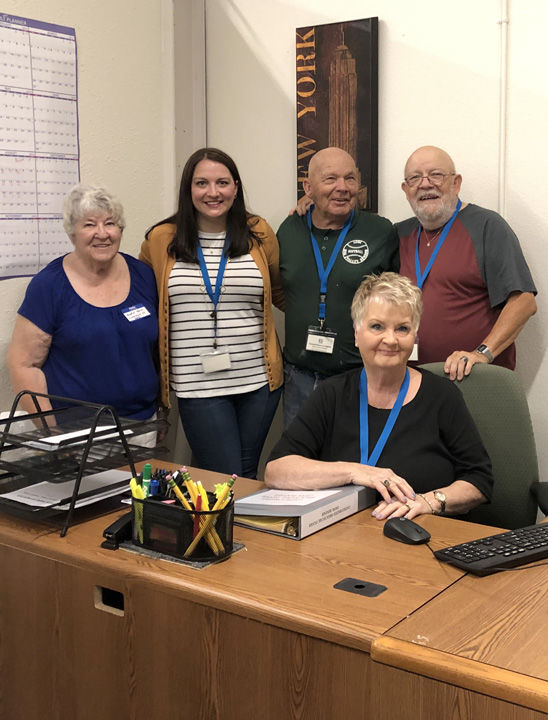 The Senior Resource Center opens it doors for the first time in July.

Community fixture Dees Meats is destroyed by fire in 2019.

The Senior Club celebrates its 50th birthday in 2019.

May 2019 trash rate hikes hit business owners hard in their pocketbooks. Residential customers saw an increase as well, but not as extreme as local merchants.

Newsboys roam the streets trying to sell The Galt Herald during the Galt Sesquicentennial Celebration in September.

Mike Guttridge celebrates his 80th birthday in 2019. The local developer finished his last home in Galt, wrapping up decades of community development.

The Senior Resource Center opens it doors for the first time in July.

The year of 2019 was a year of celebrations and milestones. The Great American Little Town of Galt celebrated its sesquicentennial year with a grand celebration in September, the Galt Senior Club celebrated its 50th birthday, the Lincoln Highway reached 100, the Transcontinental Railway reached 150 and Galt Supermarket celebrated 50 years.

Always having to take the good with the bad, 2019 brought some tears – tears of sadness from losing a beloved butcher and the end of a building era as Mike Guttridge hammered his last nail in Galt; and tears of frustration with hikes in fees for garbage and Parks and Recreation sports programs.

The year of 2019 brought many shifts in this Great American Little Town of Galt, from a sweep of three new City Council Members beginning their tenure as leaders to a city without a permanent city manager for most of the year, the city of Galt saw many ups and downs throughout the year.

On Jan. 15, Deputy Director of Public Works Mark Clarkson asked the Galt City Council to approve the collection rate increases for Cal-Waste, which had been previously approved in September 2018 by then sitting council members. While residents experienced a slight increase in trash collection rates, businesses were floored by rates going up as much a 600 percent.

In February, the Galt public and City Council heard the audit report finding four deficits, including that bank statements were not reconciled until after the close of the fiscal year. The auditor representative called two of the findings “significant.” Eugene Palazzo, then city manager, said it was due to being understaffed. Two months later, in April 2019, Palazzo resigned.

In March, the citizens of Galt finally heard of a 300,000-gallon sewage spill that happened in November 2018. Galt Waste Water Treatment lift station had malfunctioned, spilling raw sewage onto county roads, ditches and ultimately into Deadman’s Gulch. Homes were located within a few hundred feet of the manhole where raw sewage spilled. State wastewater protocols require “adequate notification” to residents that could be affected. Four months after the spill, no public notification had been made by the Galt City Council, City Manager Eugene Palazzo or Director of Public Works Steven Winkler.

Less than two months after the Dees family lost Bob Dees to cancer, their meat shop was gutted by fire in a two-alarm blaze. The family-owned business had been a community fixture for more than 40 years. Cosumnes Fire District Chief Mike McLaughlin said the alarm went out on March 13 in the late afternoon when crews were dispatched at 5:17 p.m.

On April 2, Council hired Thomas Haglund as the interim city manager. Haglund joined the city with years of experience, serving in various capacities in several cities before his retirement in 2016. It only took Haglund about a month to call a special city council meeting where he announced the city was in a financial crisis.

On Sunday, May 5, according to sources at the scene, a man walked on the railroad tracks near Spring Street just north of Galt and was hit by a Union Pacific train around 5:15 p.m. The Sacramento Coroner’s Department has identified the man as Jaaron Stallworth, age 22. According to the Sheriff’s Department, the conductor saw the man walking on the tracks, blew the horn but could not stop before hitting Stallworth.

By June 2019, the trash rate hikes hit business owners hard in their pocket books. Bonnie Rodriguez, then president of the Galt District Chamber of Commerce, met with business owners on June 12. Local builder Mike Guttridge was clearly upset with the comments and threatened Cal-Waste with a lawsuit. He said he now has to pay $8,000 per month for garbage service. Rodriguez said the chamber had hired a lawyer to see what could be done.

In July 2019, more bad news came from City Hall when Haglund addressed City Council and a capacity audience on July 31 saying dollar assets have dropped from $10.5 million in June 2018 and, as of June 30 of this year, are down to $2.4 million. The Parks and Rec Department and the Lighting and Landscaping Districts were a focus for Haglund’s remarks. He reported that Market funds had dropped from $3.5 million in 2005 to $2.5 million in 2019. To reduce expenditures for the Parks & Rec, four positions have been eliminated. The city has also cut down on park maintenance with reductions in watering and mowing. Parks & Rec have plans to reduce their expenditures almost $50,000.

In August 2019, Galt Joint Union High School District (GJUHSD) Board of Trustees heard from staff and hired contractor consultant from DTR Tom Berger on damage found throughout Building 700, which houses the Agriculture classes. Berger said that, when he went to inspect the wall, water “poured out.” The building was deemed unfit for use. Work continues while classes have to be redirected to other buildings and alternative campuses.

In September 2019, the Galt City Council voted to cut budgets in all departments with the biggest hits to Parks and Rec. The police department, public works, the finance department and planning department also were mandated with cuts.

In October, Elected City Clerk Donna Settles retired from her post that spanned over 20 years.

“We moved to Galt in 1984 with two-year old twin boys and continued to add to the family with three more boys,” Settles said. “Three of my sons still live here in Galt with their families. My husband, Dave, retired from the City of Roseville in December 2018 and is anxiously waiting for my retirement to begin so we can do some traveling and spend more time doing things we enjoy.”

In October, K-9 officers Copper and Kane were awarded “top dog” honors at the Western States Police Canine Association Trials. They landed on top at both the Yuba City Police K9 Trials and the San Joaquin County Sheriff’s K9 Trials giving them the edge for the top honor. Officers Kyle Slater with Copper and Michael Little with Kane were elated with their win, considering how new both they and their K-9 partners are to the competitions.

In November, Parks and Rec received more bad news when Haglund asked council to approve $52,122 in fee increases to sports programs, saying without the increase many programs might be lost in the future because of a lack of funds. After lengthy discussions and multiple public speakers, Galt City Council decided on a compromise to staff recommendations for fee rate hikes. Rates on basketball currently range from $70 per participant up to $80, depending on the age group. Staff recommended raising the fee to $135. T-ball fees were also recommended to be raised to $100 per participant.

On Dec. 11, Galt Supermarket celebrated 50 years of doing business in Galt. Frank and Cynthia Lee bought the store on Dec. 1, 1969, when most of its customers were farmers and ranchers. Galt was so small that there were no stop lights and only a few stop signs. The Hom-Lee family still own and managed the store with three generations now at work.

In December, Galt citizens welcomed a new mayor. City Council appointed Council member Paul Sandhu as mayor and Council member Rich Lozano as vice mayor. Outgoing Mayor Paige Lampson thanked everyone who supported her through her term and called it “the greatest honor of my lifetime.”