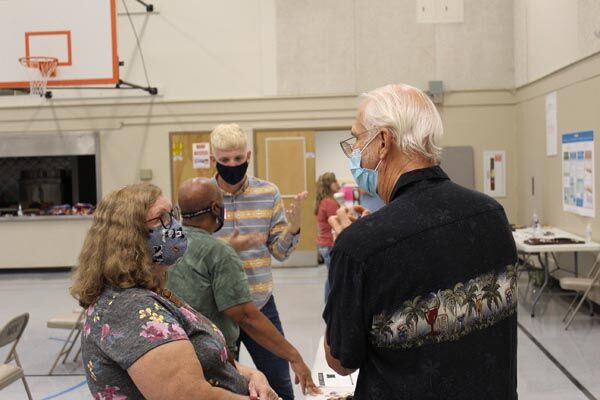 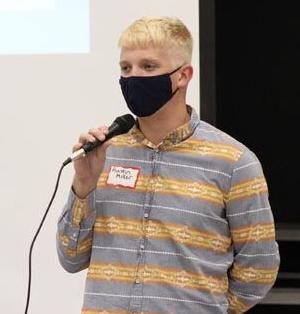 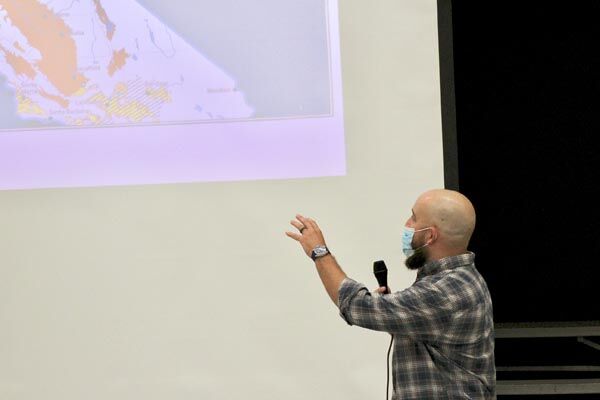 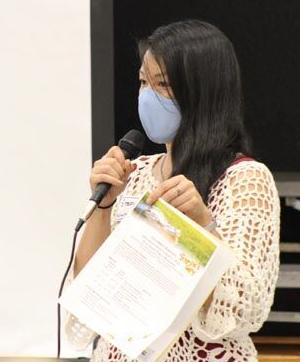 Stephanie Horii, a Consensus Building Institute senior associate who has facilitated subbasin meetings, goes over the format of the workshop. 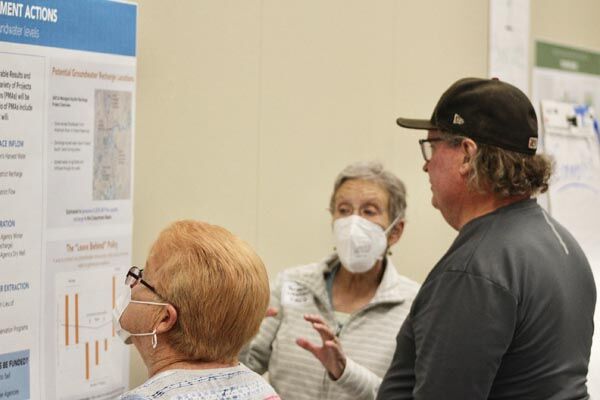 Stephanie Horii, a Consensus Building Institute senior associate who has facilitated subbasin meetings, goes over the format of the workshop.

Area residents reviewed and learned about strategies for groundwater sustainability on Sept. 16 at a pair of public workshops.

Representatives of the seven jurisdictions, including Galt, that overlie the Cosumnes Subbasin set up stations explaining the water situation in the region and the methods proposed for stabilizing groundwater levels.

Mark Clarkson, Galt’s deputy public works director, attended the meetings. He said Galt is in a position to “make a major impact” on its area of the subbasin, given its more centralized water infrastructure.

The city has additionally been making its own, independent water conservation efforts, and Clarkson said the city’s water levels have even risen, but cooperation with the other jurisdictions is still important.

A consultant has found that there is a historic overdraft in the subbasin of about 10,600 acre-feet of water per year, and to counter that, the Cosumnes Subbasin SGMA Working Group wants to save roughly 20,000 acre-feet annually.

Galt is responsible for only about 4% of this savings, but the state will assess the subbasin’s progress as a whole. Other parts of the subbasin are seeing their water levels drop.

“So we want to make sure that we work with the other six agencies because we’re so small, but we have the largest population of customers,” Clarkson said.

He said that Galt’s existing water customers would probably see minimal impacts from the plan.

Barbara Washburn, a Sloughhouse Resource Conservation District board member, said the effort to achieve sustainability is important to ward off the consequences of overdrawn aquifers, such as subsidence.

“We have a chance to do something now and avoid it — having the actual ground drop, which then involves huge infrastructure costs,” Washburn said, citing the experience of San Joaquin County.

Washburn herself may face some of those costs. She noted that the water in her well has been dropping a foot a year for the 21 years she has lived in the area, and she may soon have to make the choice between extending the well or drilling a new one.

The plan, created under the Sustainable Groundwater Management Act (SGMA) has a long view, aiming to reverse the water level declines seen in various parts of the basin by 2042.

“This is something that’s going to go on for generations and try to make sure there’s enough water for the people who are here and people coming,” Clarkson said.

A follow-up webinar is planned for Oct. 6 at 6:30 p.m. For more information on the workshops, and for links to RSVP forms, visit https://cosumnes.waterforum.org/meetings and click the “Public Workshops” drop-down menu.