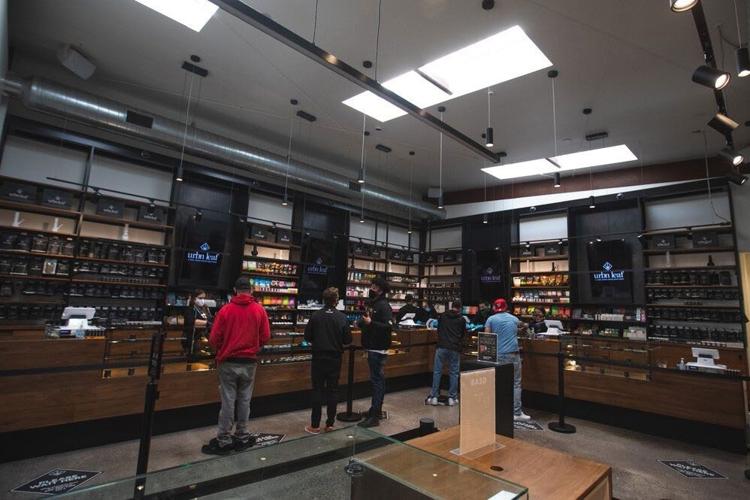 A photo of the interior of Urbn Leaf, a cannabis dispensary in Grover Beach. 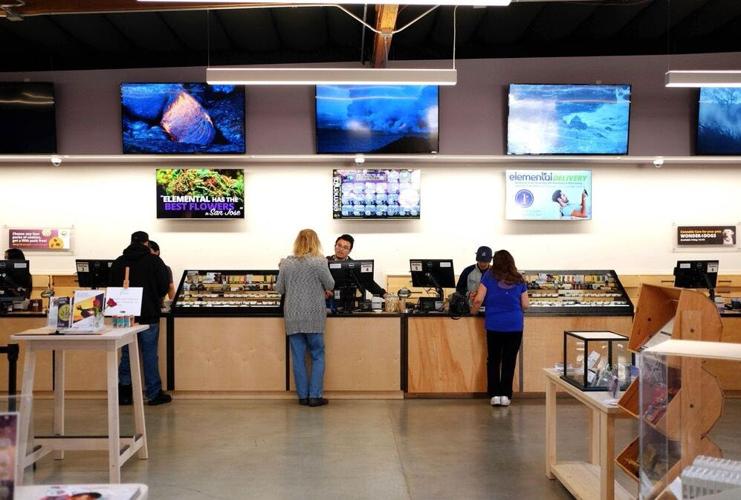 A photo of the interior of Elemental Wellness, a cannabis dispensary in San Jose.

A photo of the interior of Urbn Leaf, a cannabis dispensary in Grover Beach.

A photo of the interior of Elemental Wellness, a cannabis dispensary in San Jose.

A renewed discussion of the city’s cannabis policy kicked off on Dec. 6 at the regular meeting of Galt City Council. The meeting also featured a review of the inaugural season of the Saturday Market.

The cannabis item featured a presentation by a consultant on the current state of the cannabis industry locally and statewide, as well as what steps would be involved in legalizing cannabis sales in the city.

The presentation was intended for information purposes and did not lead to official action. Council requested in May to have a study session gauging public opinion on the city’s cannabis ban, which prohibits all commercial cannabis activity while allowing limited personal cultivation.

Ajay Kolluri of consulting firm HdL Cos. went over the history of cannabis policy in Galt, indicators of public sentiment, the regional cannabis industry, and considerations for jurisdictions looking at legalization.

Kolluri noted that Council placed a temporary moratorium on all commercial cannabis operations in late 2016, just after California voters passed Proposition 64 legalizing adult cannabis use. The council extended the moratorium in early 2017. It made the stance permanent in May of that year with an ordinance permitting some indoor cultivation for personal use but banning all commercial cannabis activities.

Proposition 64 received majority support statewide and in Sacramento County, but in Galt it fell short of a majority at 48%. City Manager Lorenzo Hines Jr. said later that a more recent survey in the city showed an “essentially 50-50” split.

Kolluri said the cannabis industry is segmented into several business types and that jurisdictions can choose which, if any, types of business to permit. While these options include cultivation, processing and testing operations, Kolluri said this part of the supply chain is oversaturated, so the main consideration for Galt is whether to legalize retail sales.

Two other cities in Sacramento County allow commercial cannabis operations: Sacramento and Isleton. Showing a map of licensed cannabis storefronts in the region, Kolluri noted that the nearest large concentrations are in the city of Sacramento and in Stockton.

Kolluri said licensed cannabis storefronts “look very similar to other retail businesses in the community” and are subject to strict state and local regulations.

On the topic of regulations, Kolluri said the state prohibits cannabis businesses within 600 feet of a “sensitive use,” which is defined as a school, daycare center or youth center. Local jurisdictions can increase that buffer distance or expand the definition of “sensitive use.”

One factor for jurisdictions considering legalization is the potential to raise revenue. Kolluri said HdL generally recommends a tax on cannabis sales.

He presented a possible legalization scenario with two storefront retailers within Galt making an average of $2 million in gross revenue each. A 6% tax would bring in $280,000, while a 10% tax would bring in $400,000. In both cases, there would also be $60,000 in sales tax.

Council Member Jay Vandenburg asked if there are statistics about the effect of legalizing cannabis on crime levels. Kolluri said the research is inconclusive right now. Mayor Shawn Farmer later observed that some existing cannabis users would switch from illegal sources to legal ones.

Responding to a question from Farmer about how a jurisdiction decides which businesses to license, Kolluri said that is up to each jurisdiction. Options include first come, first served; and a lottery system.

Commenting on the sensitive-use buffers, Council Member Kevin Papineau asked whether it is possible to designate spaces that allow cannabis operations. Kolluri said yes, explaining that these “overlay zones” can help ensure that location restrictions aren’t too prohibitive.

During public comment, Scott Robinson, who owns a cannabis business in Davis and has asked Council to consider legalization, said the fastest growing demographic of cannabis users is adults 55 and older. He also noted that about 21% of Medicare recipients in a survey said they used cannabis for medical purposes.

“It’s important to allow safe and convenient access of cannabis to our seniors and to our veterans … With the opioid and fentanyl epidemic and the dangers of the illicit market products, it is now more important than ever for people to purchase their cannabis products from a licensed cannabis retailer,” Robinson said.

Galt resident Greg Davidson said that a vehicle crash left him with muscle spasms that he treats with cannabis. He continued that it is a “huge burden” to travel to Sacramento or other cities to purchase the product or to rely on delivery services, which he said are more expensive.

“I’d like to urge the council and the community itself to urgently begin the process of revisiting the city ordinance regarding allowing a retail cannabis dispensary in Galt,” Davidson said.

The council members requested that staff put together a proposal for gathering community input on cannabis policy. Hines said that could be ready for the Jan. 17 regular meeting.

The council members spoke favorably about the city’s first set of Saturday Markets. The pilot program was created when Council wanted to test the viability of weekend hours for the Galt Market. The program took place on the first Saturday of the month from April to October. It brought in vendors on Fourth Street, as well as entertainment with seasonal themes.

For example, the October market had a harvest-festival theme, and the biggest edition, in July, highlighted Independence Day.

The council members had largely positive comments about the market, and they agreed to have staff develop a proposal for bringing the market back next year.

“You guys did a phenomenal job,” Farmer said. While noting the initial goal of weekend Galt Market operations, he supported extending the Saturday Market for another year. He suggested bringing in more produce vendors and adjusting the hours in the summer to avoid the afternoon heat.

Vandenburg recommended adding more months to the market and looking into ways to boost foot traffic in the area south of B Street.

“Congratulations on a job well done. I would encourage you guys to continue,” Council Member Kevin Papineau said.

Garcia listed some things she would like to add to the market, including produce and antique vendors, and a stage for entertainers.

On Dec. 12, the council held a special meeting at which the members unanimously voted to certify the results of Galt’s local elections, for City Council and Measure Q.