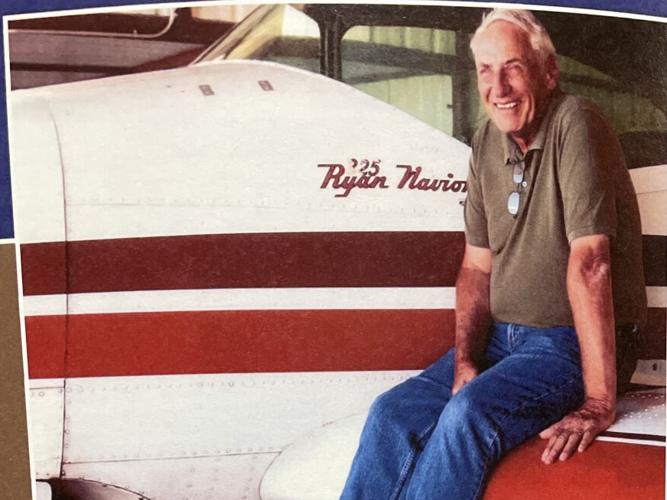 A celebration of life for Jim Spaans was held Sunday, Sept. 18 at Spaans Cookie Co. 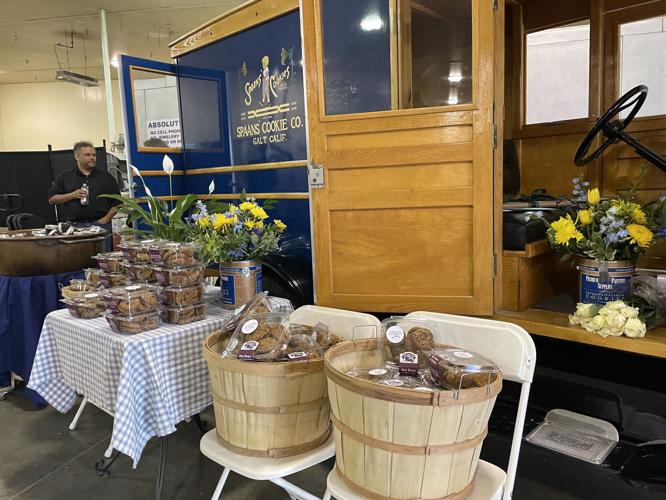 Dozens of baked goods are on display at the Jim Spaans celebration of life. 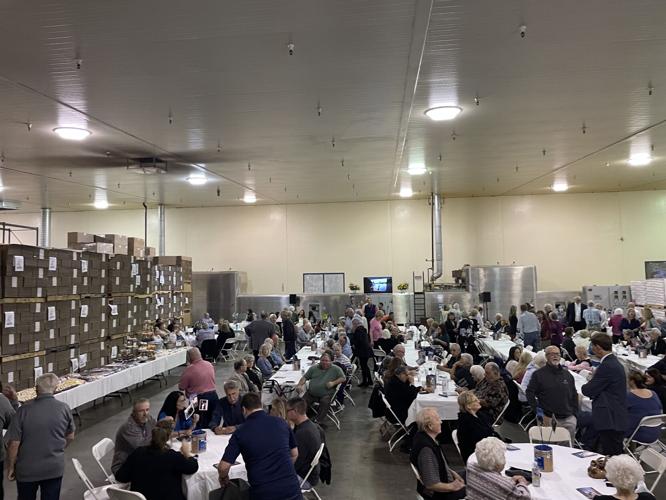 Dozens of friends, family and community members attend the event. 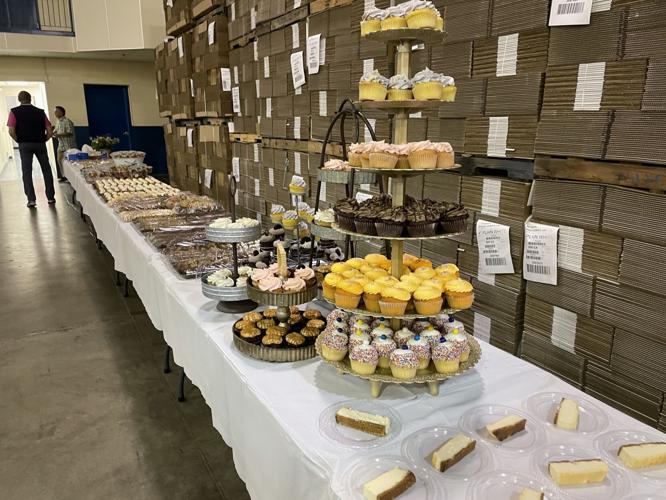 Moved inside due to the threat of rain, baked goods greet guests of the celebration of life.

A celebration of life for Jim Spaans was held Sunday, Sept. 18 at Spaans Cookie Co.

Dozens of baked goods are on display at the Jim Spaans celebration of life.

Dozens of friends, family and community members attend the event.

Moved inside due to the threat of rain, baked goods greet guests of the celebration of life.

Lovingly known as the “Cookie Man” around town, Spaans will always be remembered for his dedication to family and community support, all with cookies in hand.

Spaans company cookies have become a staple at most community, school and personal events in the area, so of course his celebration of life was filled with cookies and other baked goods.

Holding true to Spaans’ wishes for a happy event, and despite the threatening rain, the event was a true celebration, with family members and friends sharing stories and happy memories about Spaans, from coaching sporting events to serving on the school board and serving the community through Rotary.

More than just a baker, Spaans played an important role in the development of Old Town Galt, as well as community-based nonprofits, community engagement, school support, FFA support and more.

Spaans was born in Muskegon, Michigan, in March 1942, and his family headed west to California where they settled for nearly a decade in Modesto. When he was a sophomore in high school, Spaans moved to Galt, along with his parents and five siblings. Galt was an up-and-coming town at the time with a population of 1,200.

Spaans graduated from Galt High in 1960 having built a strong resume with his many achievements in leadership and athletics. After two years playing football for Monterey Peninsula College, Spaans completed his college career with a degree in forest management from Humboldt State College.

After serving in the National Guard and working for the state of Washington Department of Forestry, Spaans moved back to Galt in 1969, bringing with him his young family.

Following in his father and grandfather’s footsteps, Spaans joined the family business where he later became president and owner of Spaans Cookie Co. While at the helm, he expanded the business, adding additional buildings, changing the landscape of C Street.

Spaans had a passion for flying, was an avid golfer and loved to bowl. But his true passion was in his family, especially spending time with his great-granddaughters.

Spaans died on Friday, July 29, 2022 after complications from a heart attack.

Spaans’ history in the bakery business dates back to 1896 when great-grandfather Peter Spaans became an apprentice baker in the Netherlands. He came to America with his wife in 1912 and settled in Kansas. He tried farming but soon returned to his trade as a baker. He opened his first bakery in Muir, Michigan.

After learning the bakery trade from his father, first-born William married Anna and opened a bakery in 1935, the Spaans Dutch Bakery in Muskegon, Michigan. They featured doughnuts and pastries and even made potato chips. They were a team, Bill baking goods and Anna waiting on customers.

In the early 1940s, William and his brother Peter became partners in Spaans Brothers Baking Co. They built a thriving business during World War II, serving defense shop cafeterias and local grocery stores with donuts for 24 cents a dozen. Bill and his family moved to sunny California where they opened and ran a bakery in Modesto from 1948-1956. They wanted to raise their family in a smaller town and moved to Galt, population 1,200 at the time.

In Galt, William and Anna raised their children, as Bill wanted a large production bakery business with quality products and good value. He advertised “Drive a little, save a lot,” and bagged products, such as bread, that he sold five for $1.

Under the leadership of Bill and Anna’s son Jim, the company now is one of the largest cookie bakers in Northern California.

More than 100 years after Peter Spaans learned the art of baking cookies in the Netherlands, his great-grandchildren are still baking them, some with his original recipes.