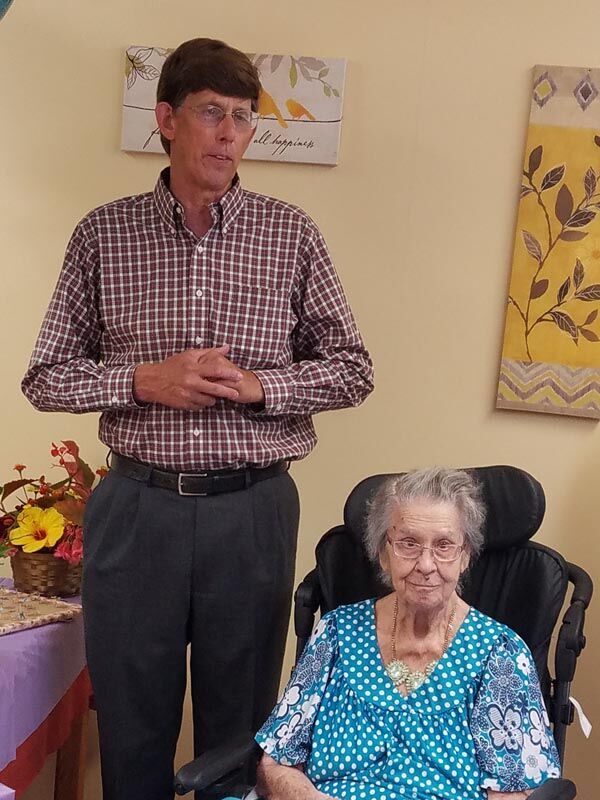 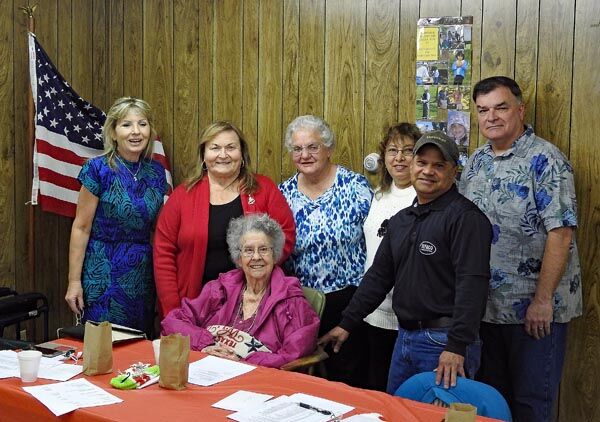 Dowdell, sitting, appears with the 2018 Galt Area Historical Society Executive Board after being sworn into office. This was the last board Dowdell sat on, before her health forced her to officially retire from her service. However, she was made an honory officer for life. 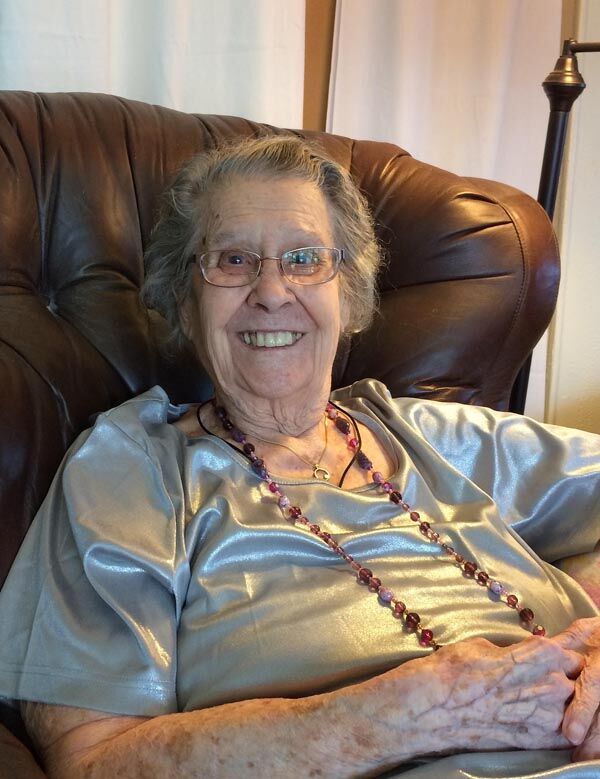 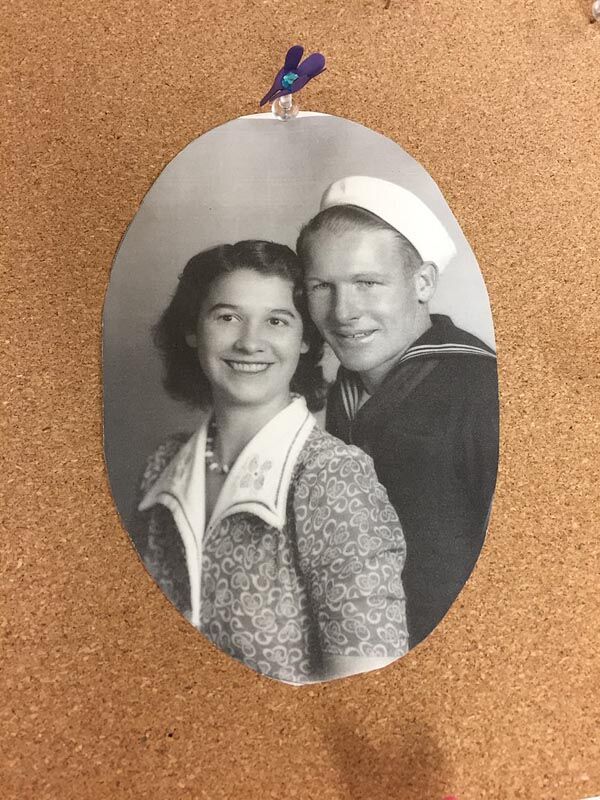 Dowdell and husband Earl met in typing class at Galt High School. After one date, the two eloped to Reno.

Dowdell, sitting, appears with the 2018 Galt Area Historical Society Executive Board after being sworn into office. This was the last board Dowdell sat on, before her health forced her to officially retire from her service. However, she was made an honory officer for life.

Dowdell and husband Earl met in typing class at Galt High School. After one date, the two eloped to Reno.

Doris Louise Loll Dowdell, a lifelong Galt resident and first president of the Galt Area Historical Society, died on Thursday, Nov. 26; she was 102. Never liking to be called Doris, she was known by all as Louise. Louise’s remarkable memory and recall of Galt’s history and past times has been invaluable in preserving Galt’s story for generations to come.

“Louise was not only instrumental in the preservation of Galt’s history, she witnessed it through her own eyes,” Galt City Councilmember Shawn Farmer said. “Her work will remain for generations, and it is now up to us to honor her memory and continue her efforts for future generations of Galtonians.”

Louise was born just seven miles east of Galt in her parents’ small home on her grandparent’s ranch on Aug. 15, 1918.

When she was six years old, Louise began attending The Brown School, a one-room schoolhouse a mile away from home. Louise was a member of the last class to attend classes in the Brown School before it was moved to Woodbridge, where it was subsequently used as a grange hall.

She went to Galt High School and attended class in what was the third school building that housed GHS.

Although the couple did not have any children, according to her grandnephew Sacramento County Supervisor Don Nottoli, Louise was devoted to her extended family.

“She loved her family and community family, and she was loved by them,” Nottoli said. “I myself am blessed to have her with us all these years; she will really be missed.”

Nottoli said that Louise would host family gatherings on Memorial Day and Thanksgiving, “to see that folks came together. She kept them close. She knew 5-6 generations of names, and kept track of us with frequent contact.”

While Louise’s husband was serving in the Navy during World War II, she worked for Greyhound Lines in Stockton. She went on to work as the only cook at Galt High School, preparing food for over 300 students every day.

After the war ended, Louise was offered a job at the local Post Office, despite never having taken the civil service test. She retired in 1978 after 26 years of service.

One of the charter members of the Galt Area Historical Society (GAHS) in 1987, Louise served as an officer every year, including six terms as president until she was forced to leave her position due to medical restrictions. Until her death, she remained as an honorary member of the executive board.

To fulfill the goal of the Galt Area Historical Society to preserve the unique history and culture of Galt, Louise led the historical society in acquiring the Rae House and turning it into a museum, and helped to oversee the renovation of the McFarland Living History Ranch.

“Louise was a remarkable person who had such recall of Galt and our area’s history,” current GAHS President Janis Barsetti Gray said. “She was the ‘go to’ person if we did not know about a happening in the past. The citizens of Galt and the area can thank Louise for the preservation of our history. She will be missed by all of us. I am so glad that many of us were able to celebrate her 102nd birthday in August with a drive by parade in her honor.”

“She had an amazing recall of events, people’s names and dates,” Nottoli said. “She knew businesses and really watched over the happenings in town, and could tell you about them years later, many years later.”

Long before she became the first president of the Galt Area Historical Society, she was involved in the local community and watched it grow year by year. In 1935, she was Galt’s first Fair Queen, and attended many community events with her husband, including the Fireman’s Ball.

“She had a wonderful spirit; we are going to miss her,” he said.