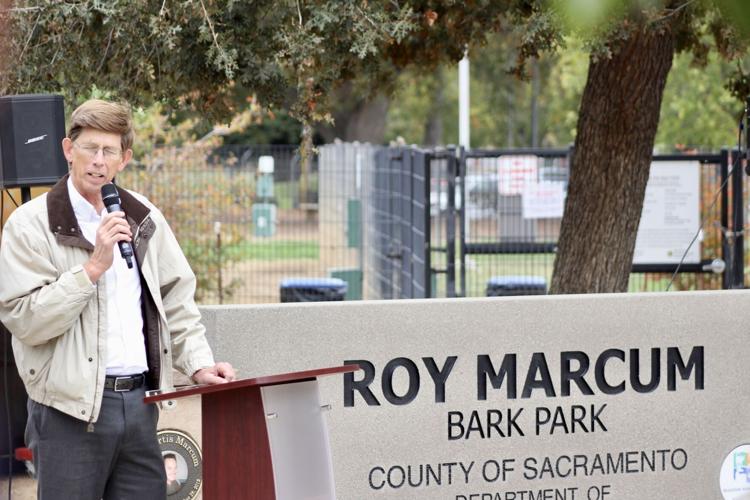 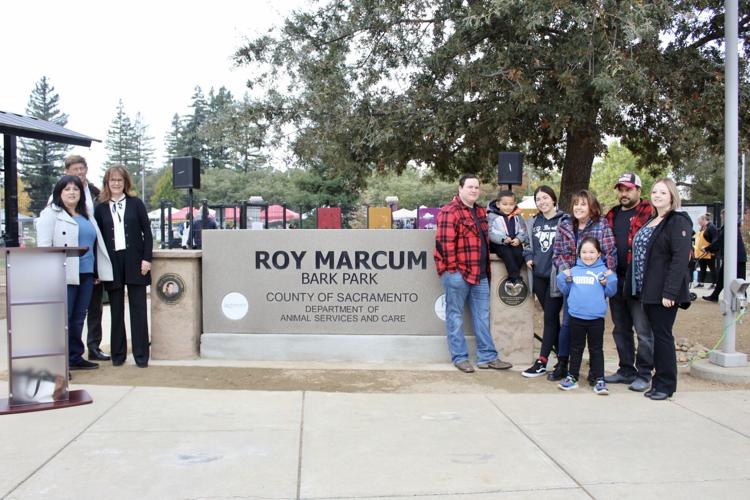 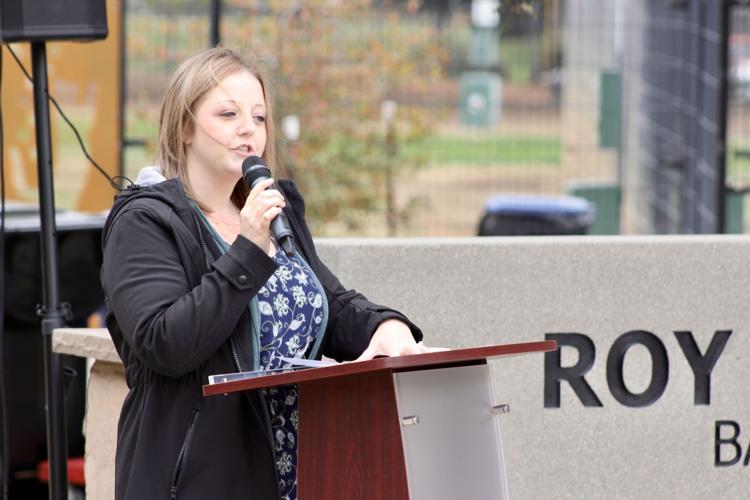 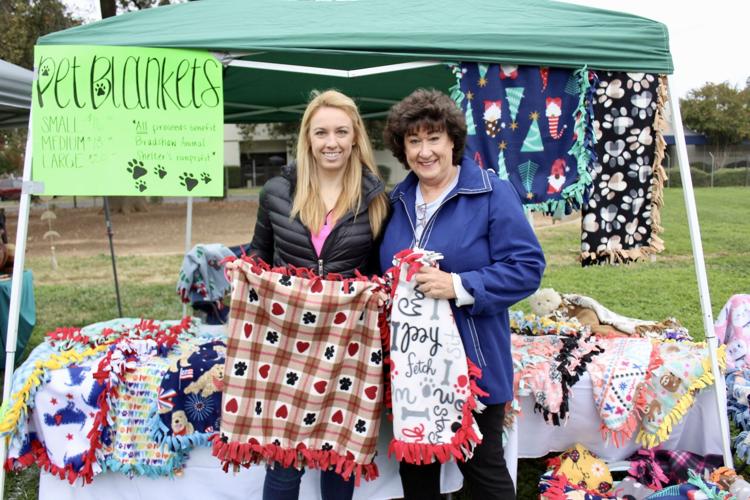 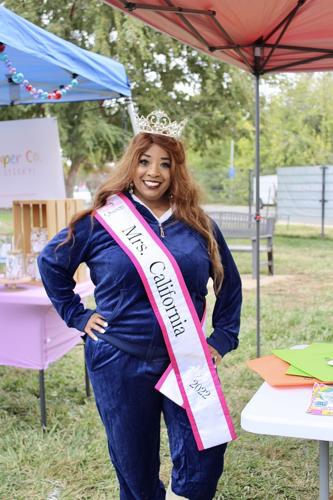 Shlanda Breeden, Mrs. California HeartShine 2022, pauses for a photo at her booth during the animal fair. She distributed information on detecting canine cancer. 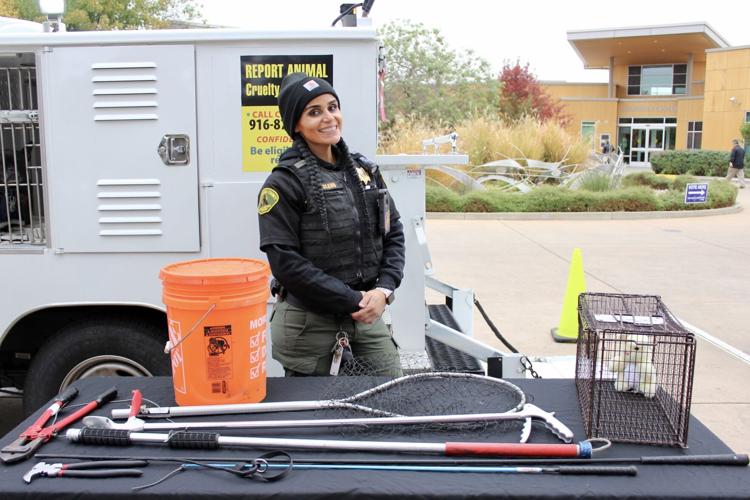 Animal control officer Jessica Solano shows the tools of her trade and hands out pet toys. 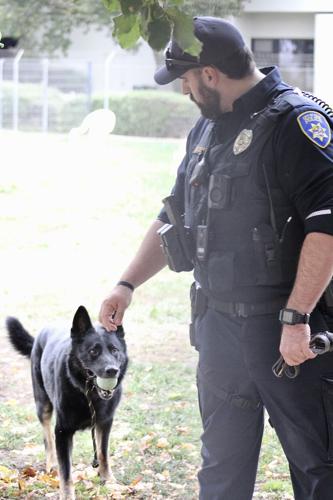 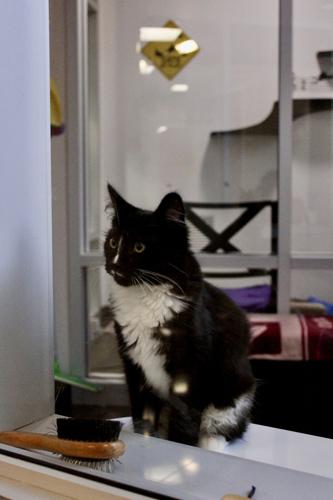 An adoptable cat looks through the window of its room at the Bradshaw Animal Shelter. On Nov. 5, the shelter housed 198 dogs, 167 cats and eight rabbits. 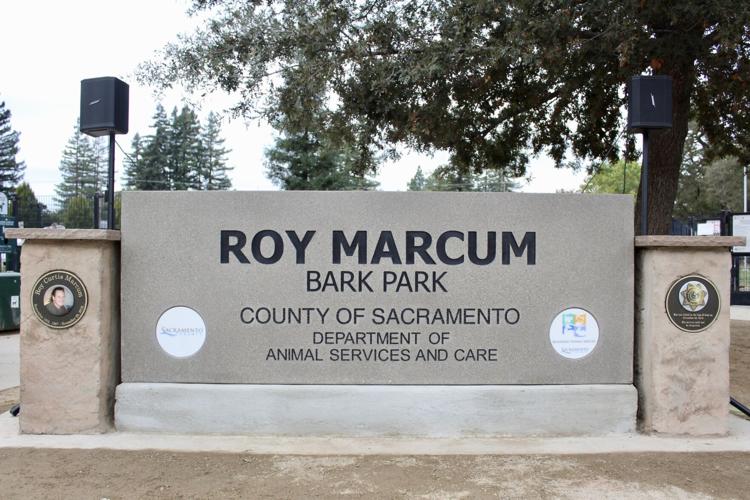 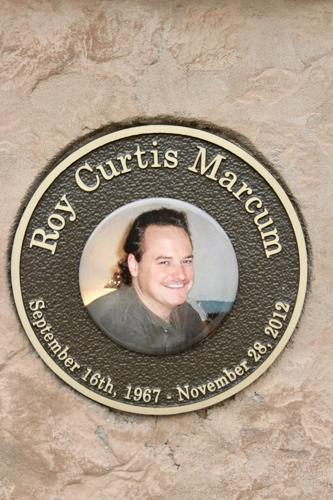 Shlanda Breeden, Mrs. California HeartShine 2022, pauses for a photo at her booth during the animal fair. She distributed information on detecting canine cancer.

Animal control officer Jessica Solano shows the tools of her trade and hands out pet toys.

An adoptable cat looks through the window of its room at the Bradshaw Animal Shelter. On Nov. 5, the shelter housed 198 dogs, 167 cats and eight rabbits.

It was a brisk, overcast morning on Saturday, Nov. 5 at the inaugural Roy C. Marcum Animal Care Faire. Held at the Bradshaw Animal Shelter in Sacramento, this event honored Sacramento County animal control officer Roy Marcum, who was killed in the line of duty 10 years ago.

The chill in the air did nothing to hinder an impressive turnout to this event: People and puppies alike arrived in their best autumn coats to experience an event with plenty of food, merchandise, and, of course, access to the animal shelter, where a line of interested adopters stretched out the door.

Sacramento County Supervisor Don Nottoli spoke at the dedication of the shelter’s dog park as the Roy Marcum Bark Park. Nottoli reminisced with the crowd about a ride-along that he had had the “good fortune” to take with Marcum many years ago.

“It was obvious to me that this man had a very strong connection with animals, but he knew his job, he knew how to do it, and he was responsive to the needs in our community. … His memory lives on, and I think today that’s what we celebrate. We celebrate Roy’s dedication as a public servant, his commitment to this community, and obviously his memory,” Nottoli said.

Marcum was killed on Nov. 28, 2012, while attempting to recover a dog from a house in Galt. A man inside the house fired on Marcum and a bank employee. Marcum, 45, died of his injuries. He is also commemorated on the law enforcement memorial outside Galt City Hall.

Nottoli told the Herald that Marcum is the third animal control officer to be killed on the job in California — a fact that was echoed by Marcum’s stepdaughter Nicole Gray during her speech at the ceremony.

“We need to continue to stay focused on the safety of our animal care officers while they service our community, making sure we do our part,” Gray said. Gray went on to suggest many actions that pet owners can take to reduce cause for intervention from animal control officers, including microchipping, spaying and neutering to reduce excessive animal populations, and volunteering for the animal shelter.

After the dedication, the park was officially opened for all visitors — and their furry friends — to explore. Multicolored pop-up tents decorated the lawn, with local craftspeople and artisans offering visitors a smorgasbord of pet paraphernalia.

Among the many stalls was Shlanda Breeden, Mrs. California HeartShine 2022, who had taken the day to provide pamphlets explaining how to watch for signs of cancer in pet dogs. Breeden is partnered with the National Canine Cancer Foundation and took this fair as an opportunity to share her passion for pet health. Also present were Barbara Reagan and her grandson, Daniel Garwood, with two massive Maine coon cats, to represent NorCal Freedom for Paws, which finds homes for surrendered animals.

Galt police officer Michael Little was also present with his K-9, Kane, for a demonstration of the police force’s impressive police dog training.

The Bradshaw Animal Shelter assures Sacramento locals that the animal fair will return next year. For those interested in adopting a pet, or who need assistance with their current pet, the shelter is open Tuesday through Sunday from noon to 5 p.m. (and until 6 p.m. on Wednesdays). The shelter and Roy Marcum Bark Park are located at 3839 Bradshaw Road in Sacramento.