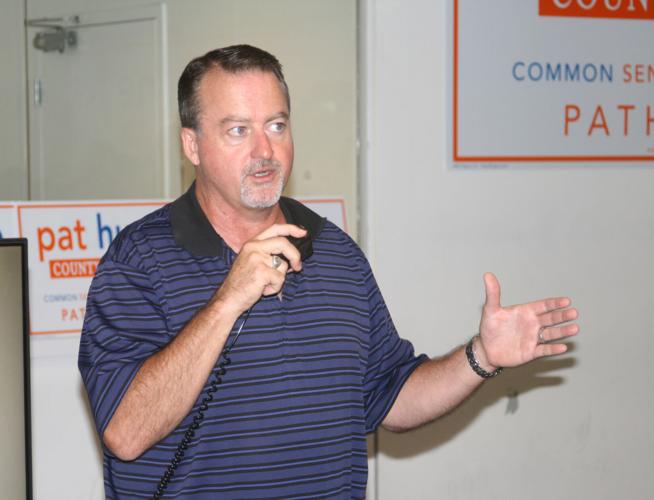 Pat Hume speaks at the grand opening of his campaign headquarters in Elk Grove on Sept. 3. 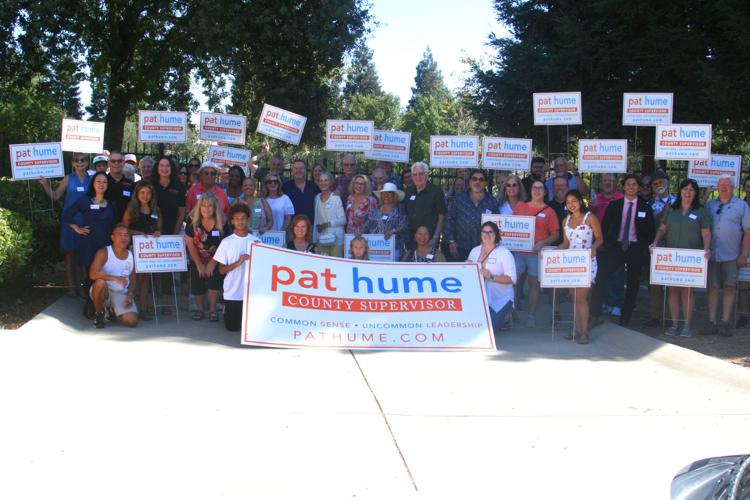 Pat Hume and some of his supporters are pictured near his campaign headquarters on Sept. 3. 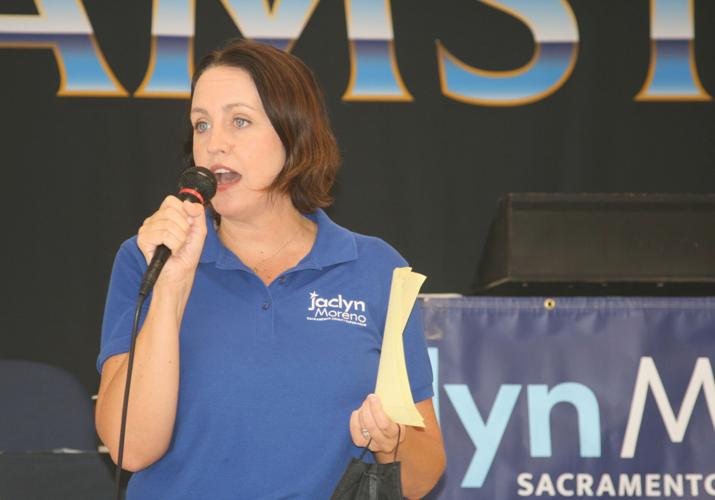 Jaclyn Moreno speaks to her supporters at her general election campaign kickoff on Sept. 4. 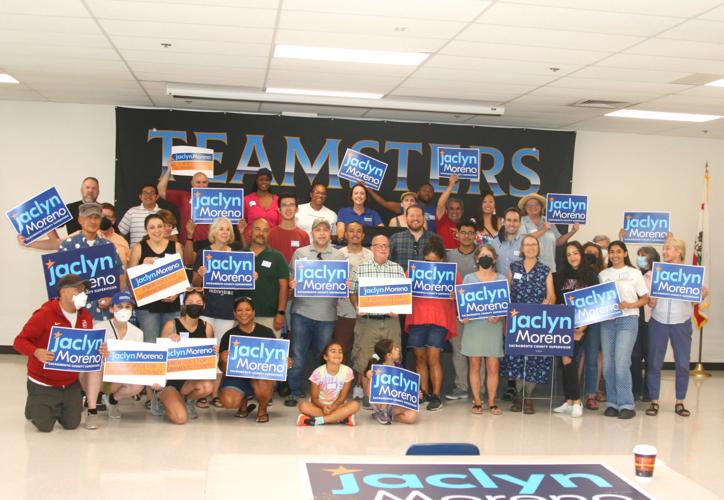 Jaclyn Moreno is joined by some of her supporters on Sept. 4.

Pat Hume and some of his supporters are pictured near his campaign headquarters on Sept. 3.

Jaclyn Moreno is joined by some of her supporters on Sept. 4.

The current District 5 election marks the first time in more than a quarter century that Don Nottoli has not run for this supervisorial seat. He told the Herald last year that he would not seek reelection in 2022.

Hume and Moreno moved on to this November’s general election, because neither candidate earned sufficient votes to win the June primary election, which required the winning candidate to receive the majority of the votes.

Hume, who has served as an Elk Grove City Council member since 2006, drew a group of about 50 of his supporters to his campaign headquarters at 8259 Laguna Blvd., Unit 100, in Elk Grove, on Sept. 3.

Hume was introduced to the group by Elk Grove Mayor Bobbie Singh-Allen, who referred to him as her “dear friend and colleague.”

“Why are we all here?” Singh-Allen asked the attendees. “Because we want experienced leadership. We want someone who’s going to hit the ground running. Pat is no stranger to local government. He has proudly, faithfully served our great city. One of the reasons our city is thriving is because of who? That’s right, Pat Hume.”

Singh-Allen added that Hume has the support of all city governments of District 5, including Galt City Council.

Hume told his supporters that the District 5 supervisor seat is the only higher political office that he has ever considered, and that he is interested in serving the people of the district as a representative who would build a coalition at the county board of supervisors and with city councils and regional and statewide leaders.

He added that he is interested in public safety, and supporting small businesses, which he referred to as the “backbone and fabric of this great American experience.”

Hume told the Herald that his top three campaign issues are crime, homelessness and economic prosperity.

“We need to make our neighborhoods safe and our parks and open spaces useable again,” he said. “We need to help those who need it, but help them get out of their situation and on a pathway and a trajectory to a better life. And then we need to make sure that we are creating an environment where doing business with the government is more customer-services oriented.

“(That approach) starts with, how do I help you get what you need and let’s figure out a way to get to ‘yes.’”

“Inflation is terrible, but it’s temporary,” he said. “But we need to make sure that economic prosperity is something that we are all going to enjoy for years to come.”

Hume spoke about why he feels he is the better candidate in this election.

Moreno, who serves as board president of the Cosumnes Community Services District, held her campaign kickoff at the Teamsters Local 150 Union Hall in south Sacramento on Sept. 4.

Prior to Moreno’s speech at her kickoff event, which drew about 50 people, Sacramento City Council Member Mai Vang spoke about why she supports Moreno for county supervisor.

“We need Jaclyn Moreno to be our next county supervisor,” Vang said. “Right now, I would say, as you know, homelessness (is) one of the top issues in our city and our region. And right now, I will say, as a councilwoman, that I haven’t seen that type of leadership from the county.”

Vang added that Moreno is the only candidate who will “move a progressive agenda.”

Moreno told her supporters that the District 5 election is about “electing someone in this county who represents our values.”

In an interview with the Herald, Moreno spoke about homelessness.

Moreno noted that reproductive-care access is another one of her top issues.

“We are living in a unique time in United States history with the fall of Roe v. Wade,” she said. “And polling suggests that that’s top of my mind for voters right now, that we need to be working to increase reproductive access, and not decrease it.”

“Rents (are) increasing, the price of goods are increasing, and the compensation for the workers in our community is not increasing at a similar rate, which means that we are left with a situation where there are a lot of people right on the brink of homelessness, a lot of people that are having to work these two or three jobs just to make ends meet,” she said.

Moreno shared why she believes she is the better candidate.