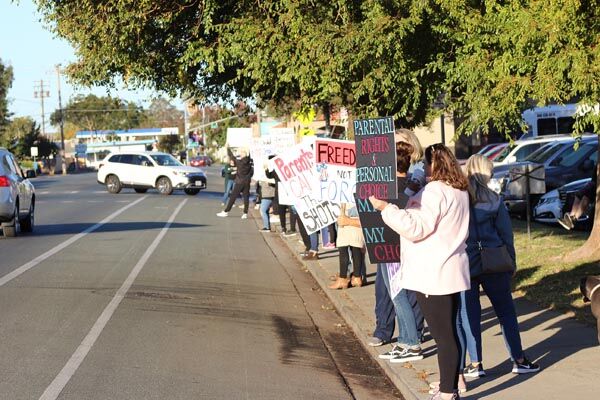 After demonstrating on C Street, local protesters planned to join other groups at the California State Capitol. 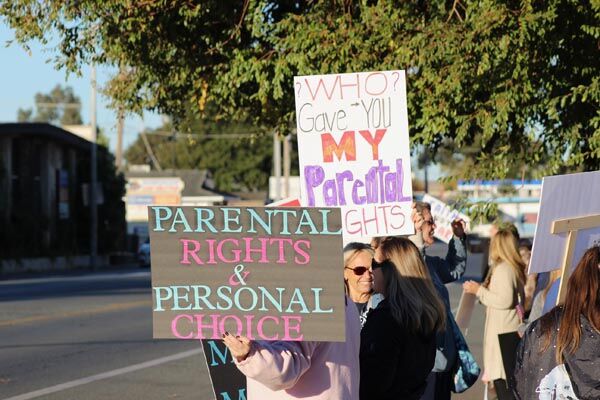 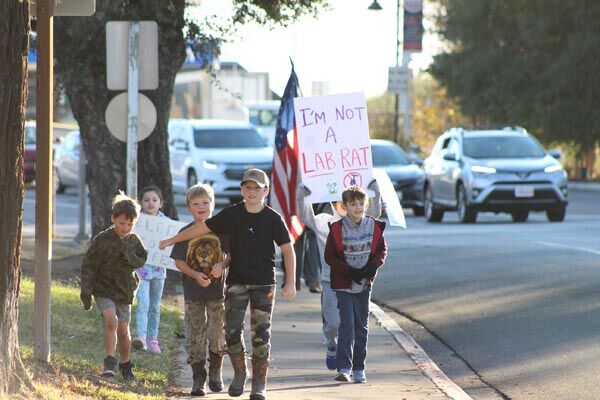 A group of Galt children join the protest on C Street with a sign reading ‘I’m not a lab rat’. 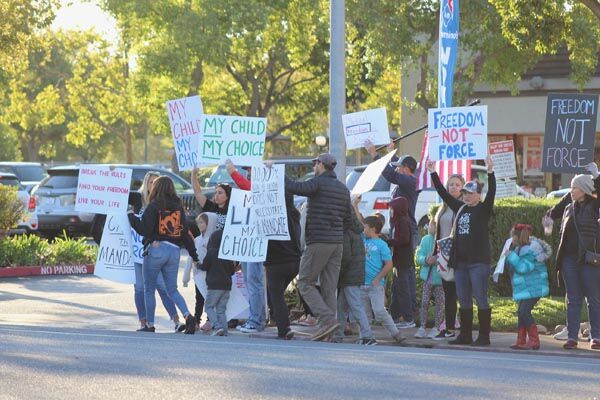 Protesters are of all ages as today’s statewide protest included keeping kids out of school.

After demonstrating on C Street, local protesters planned to join other groups at the California State Capitol.

A group of Galt children join the protest on C Street with a sign reading ‘I’m not a lab rat’.

Protesters are of all ages as today’s statewide protest included keeping kids out of school.

More than 100 people lined C Street on Oct. 18 to protest California’s mandate that eligible K-12 students be vaccinated against COVID-19.

The demonstrators framed their opposition in terms of parental choice, and they questioned the safety of coronavirus vaccines and the necessity of a mandate.

Among the signs people waved, some read, “Who gave you my parental rights?” and “Dangerous freedom over peaceful slavery.”

They also encouraged parents to keep their kids out of school for the day, and many of those holding signs on Monday morning were children.

Later in the day, the protesters traveled to Sacramento and joined other groups at the California State Capitol.

Announced by Gov. Gavin Newsom on Oct. 1, the mandate adds COVID-19 vaccination to the list of required immunizations for schoolchildren to attend class in person. It will phase in as vaccines receive approval from the U.S. Food and Drug Administration for different age groups.

The Pfizer vaccine has been fully approved for ages 12 and older since August, and the governor’s announcement accordingly set July 1, 2022, as the deadline for students in grades 7-12 to get vaccinated. The state will allow personal belief exemptions.

“We feel like our freedom of choice is being hindered because of the coercion to vaccinate our children,” Kristi Ward said at the Galt protest. “We do not want to for various reasons … and it should be our choice.”

Ward said she knew people who had lost, or were in danger of losing, their jobs after not complying with separate vaccine mandates, such as one for requiring California teachers to show proof of vaccination or submit to weekly testing.

The Galt Joint Union Elementary School District told the Herald in an email that it saw a higher absence rate on Monday than in recent weeks: 34% compared to 6-8% on previous Mondays.

Elementary Superintendent Lois Yount estimated that 26% of the absences were due to the protest.

The Galt Joint Union High School District experienced a similar absence rate of 36%, Superintendent Lisa Pettis said in an email. Pettis said about 60 parents called in to say they were protesting the mandate.

Asked about teacher absences, Pettis noted that instruction continued on Monday and that classes were covered by substitutes or staff. Yount described a similar situation.

The districts had notified parents of an anticipated bus driver shortage, but Pettis said her district has experienced a shortage before this school year and it “not unusual” to send notices when drivers call out.

Both superintendents commented that the C Street protest was “peaceful,” with Pettis noting that it “did not interfere with staff, parents, and/or students entering school grounds throughout the school day.”

Yount expressed concern about the mandate’s effect on attendance.

“We always want students in school. There is a strong correlation between student achievement and attendance,” Yount wrote. “I worry that State mandates will increase the declining enrollment we have in our district and many other districts in California.”