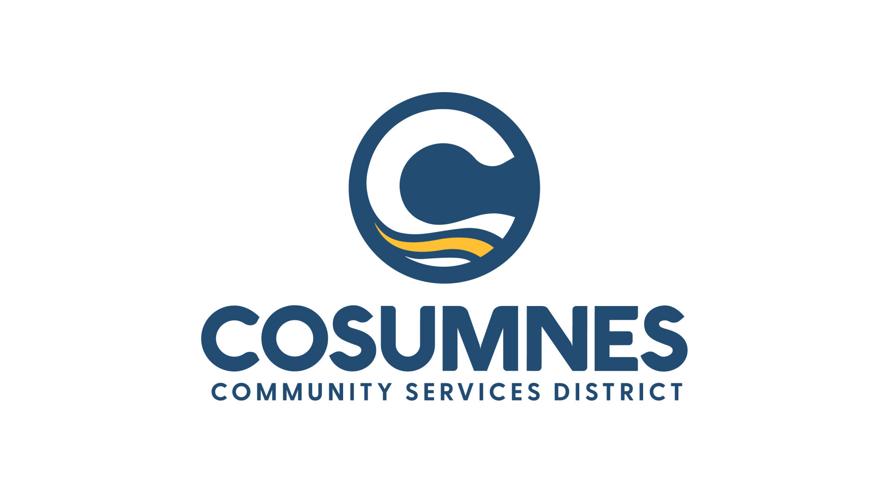 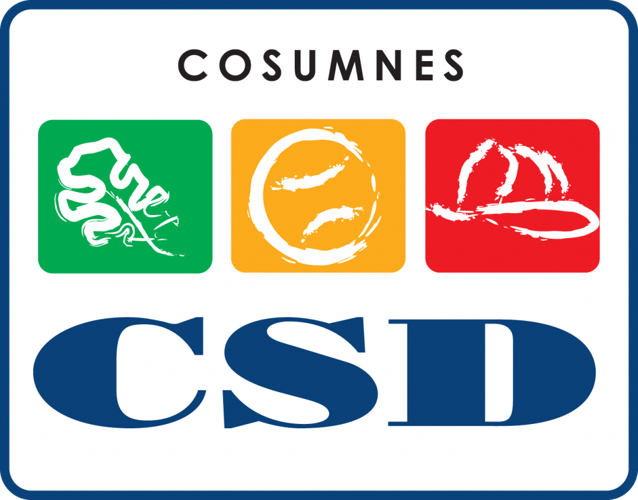 Cosumnes CSD’s current logo, which will be replaced

Cosumnes CSD’s current logo, which will be replaced

This design features a golden wave and a blue color that were influenced by the Cosumnes River. The logo also has bold text that displays the CSD’s full name, unlike the district’s current logo.

CSD directors on Nov. 2 approved this logo along with a rebranding campaign that aims to make the CSD’s presence more recognizable in public. It operates fire services for the Galt and Elk Grove communities as well as Elk Grove’s parks and recreation system.

“It is time to make our visual identity reflect our strong presence and positive reputation in the community,” the district’s public affairs manager, Jenna Brinkman, told the CSD board.

Her staff spent a year collecting feedback from CSD staff and focus groups on what the district’s new brand should be. The effort began after the board adopted a strategic plan to boost the CSD’s brand awareness, prompted by research showing that many residents were unfamiliar with the district and its services.

Brinkman in her board presentation also displayed a collection of different logos used by the CSD’s departments and services, which has caused the district’s current branding to be inconsistent and confusing to the public.

The district’s current logo was adopted 16 years ago when the Cosumnes CSD was formed from the merger of the Elk Grove CSD and the Galt Fire Protection District. This design displays the icons of a leaf, a ball and a firefighter’s helmet to respectively symbolize the district’s parks, recreation and fire services.

The district’s administrative services director, Kelly Gonzalez, told the CSD board that the current logo has too many visual elements and did not communicate what the “CSD” stands for. She also noted that the design’s small text can be difficult to read, and she added that the district staff disliked the logo’s “traffic light” colors of green, yellow and red.

“The logo did serve its purpose, but it is time to create a new logo,” Gonzalez said.

Her staff reviewed 100 logo designs and narrowed them down to 11 before deciding to go with the large-C logo. She explained that they wanted a design to distinguish the Cosumnes CSD from other community services districts, and they also desired a strong emphasis on the word “Cosumnes.” Gonzalez also noted that the large C stands for “community” and that the golden river image symbolizes movement.

“As a district, we’re always moving forward,” she said about the “movement” element.

With board approval, Gonzalez said that her staff will implement a three-year budget plan for their district’s rebranding campaign. She did not propose estimated dollar figures during her presentation.

Most of the CSD board members shared positive reactions to their district’s new logo. Director Rod Brewer believed that the design is a “welcome change” and he noted the district’s ongoing challenge in being recognizable to residents in western Elk Grove.

“As much as I’m a traditionalist who loves the old-school and retro stuff, this is a breath of fresh air,” he said.

CSD Director Gil Albiani approved the design but he had issues with the logo. He said that the new logo doesn't symbolize the CSD’s parks and fire services.

“I’m going to be here (on the CSD board) for at least two more years, and in a couple of years, I’ll learn to like this,” Albiani said before drawing laughter from the audience.

Gonzalez said that the rebranding plan will be rolled out in early 2023.