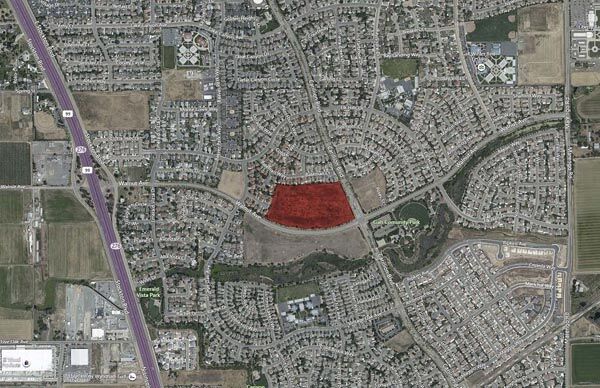 The proposed development would be built in the 15-acre space on the northwest corner of Walnut Avenue and Carillion Boulevard. 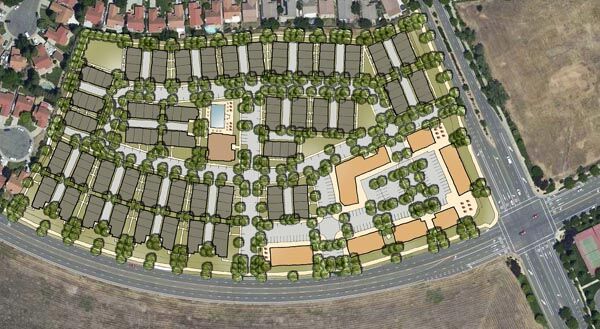 In this overhead view, 12 acres of the site will have 166 town home units. The remaining three acres will be retail. 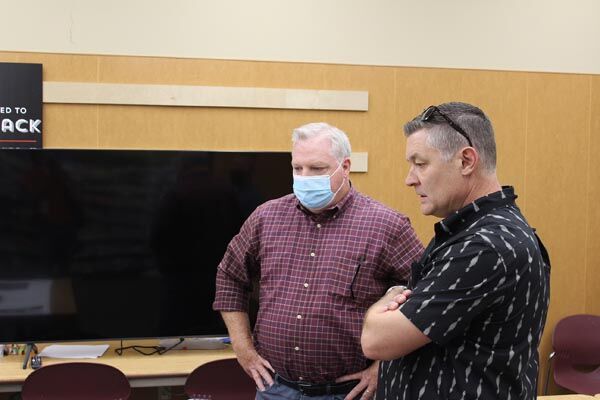 The proposed development would be built in the 15-acre space on the northwest corner of Walnut Avenue and Carillion Boulevard.

In this overhead view, 12 acres of the site will have 166 town home units. The remaining three acres will be retail.

A homebuilder held an open house on Sept. 22 to let the public know about its early plans for a development with a mix of multifamily rentals and commercial.

Trevor Boucher, a development consultant with Fairfield Residential, said his company wanted to “introduce” itself to the community and get some feedback before it officially begins the permitting process.

Fairfield has not yet submitted an application with the city. Boucher estimated that this could happen by year’s end. He foresaw construction beginning around spring 2023.

Boucher and several Fairfield executives came to the community room at Raley’s on Twin Cities Road and put out visual aids showing the envisioned layout for the project and renderings of the buildings.

The 15-acre development on the northwest corner of Carillion Boulevard and Walnut Avenue would comprise 3 acres of retail and 12 acres of three- and four-unit townhouses. The project would have a total of 166 residential units.

“We’re looking for more of a local community-serving retail, some mom-and-pop cafes, small boutique retail — something that’s more conducive to serving the surrounding community,” Boucher said of the commercial element. He added that the company is “trying to stay away from your drive-throughs, things that would be up more toward the freeway.”

About three-quarters of the apartments would be 1,475 square feet with three bedrooms. The remaining units would have two bedrooms and span either 1,280 or 1,412 square feet. Each apartment would have a two-car garage.

Boucher said the three-bedroom apartments would probably go on the market at $2,800 per month, and the two-bedrooms at $2,600 per month.

The project would also include a community room, a fitness center and a pool, as well as green space.

Founded in 1985, the San Diego-based Fairfield is majority-owned by the California State Teachers’ Retirement System, or CalSTRS. Boucher noted that the company handles all stages of the development process, acquiring the land and permits, building the houses and eventually managing the property.

A few people visited during the first hour of the open house, including Galt City Council Member Kevin Papineau.

Fairfield Senior Vice President Brendan Hayes said a couple that he spoke with hoped to see restaurants in the retail area and also “said that the community needs rental housing.”

The Carillion-Walnut intersection has gotten significant interest from developers recently. To the east of the Fairfield project lies Veranda at River Oaks, where many of the 60 planned single-family homes have already been sold and construction is projected to finish next year. To the south is Parlin Oaks, which has begun construction and will eventually consist of 144 single-family houses and 80 apartments.

The parcel that Fairfield is considering is zoned for commercial development, and Boucher said Fairfield’s proposal would be allowed under that zoning.

At the September meeting of the Galt Planning Commission, Community Development Director Craig Hoffman said the project would probably be subject to a public workshop before the commission decides whether to support it.