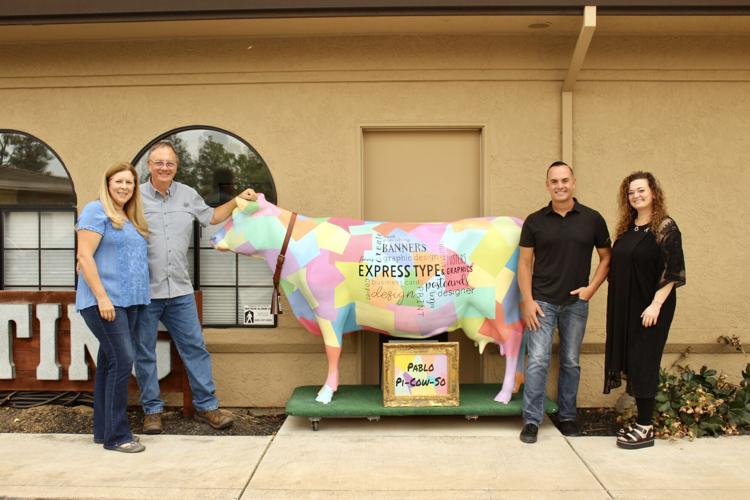 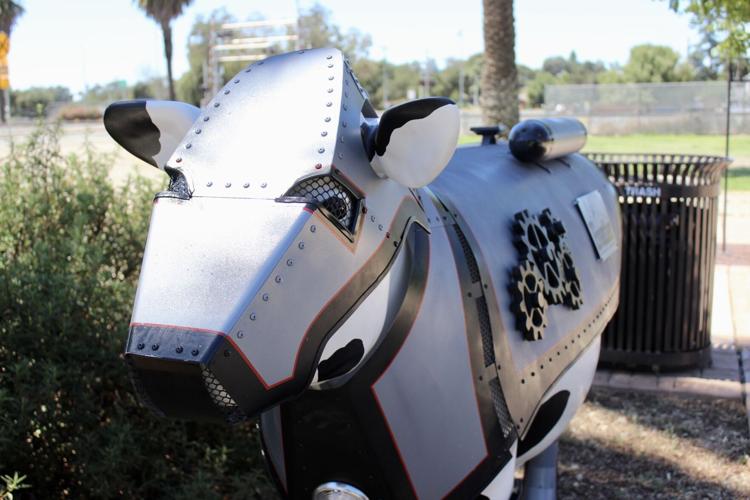 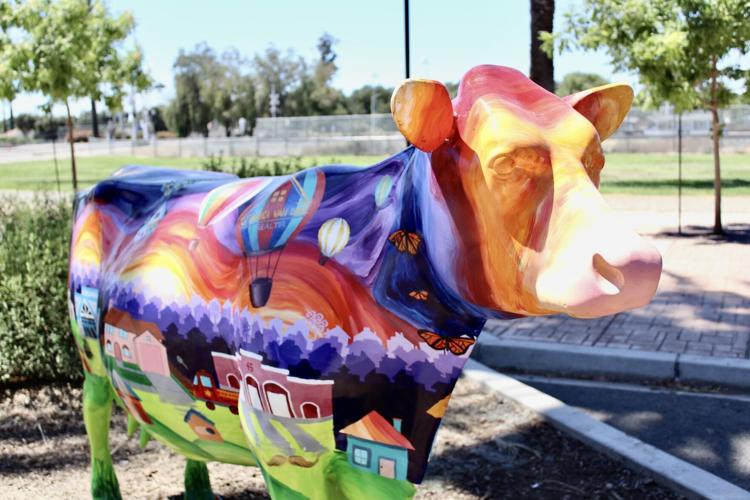 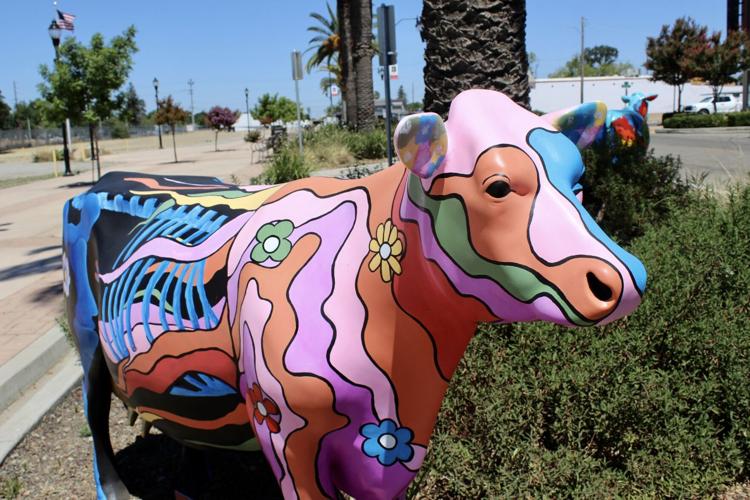 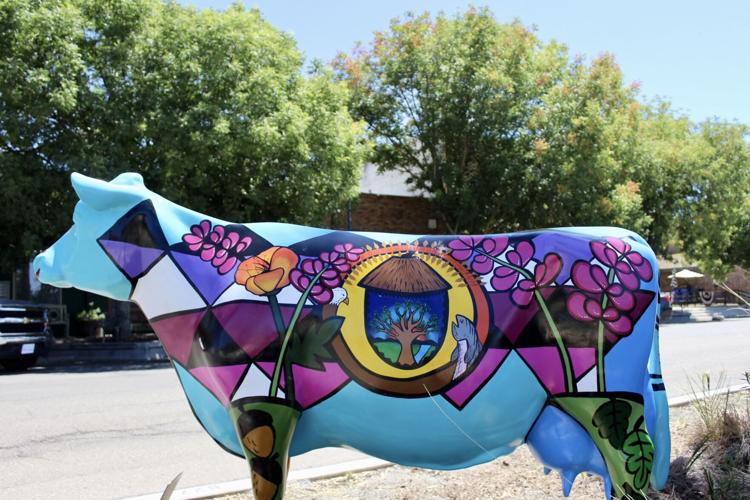 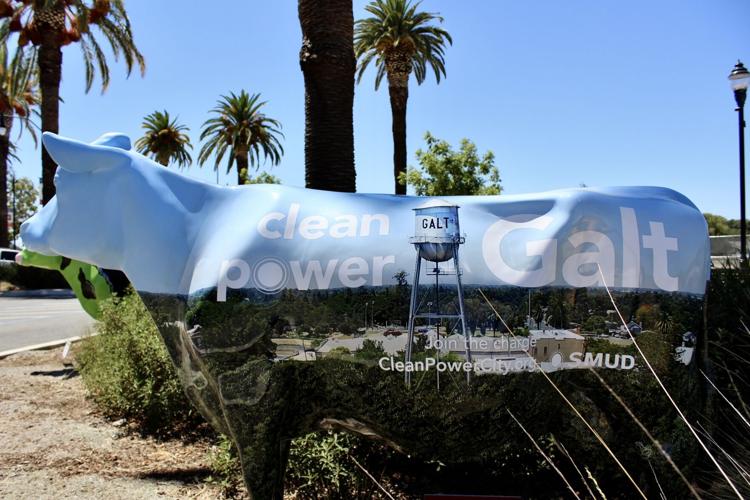 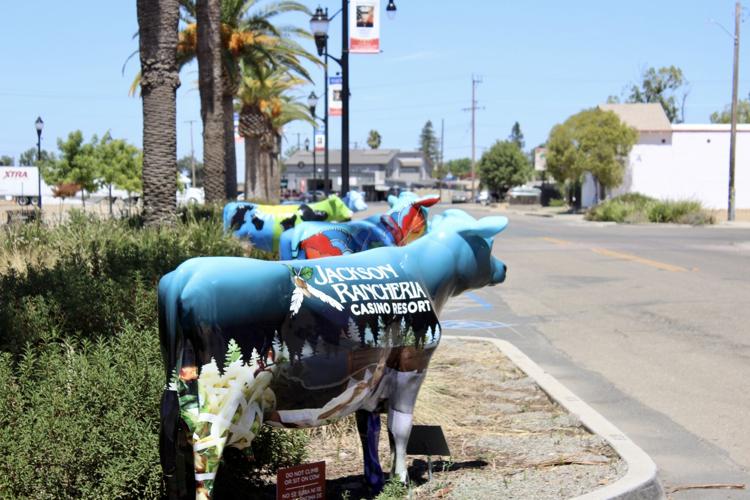 Multiple businesses chose to have their cows displayed on Fourth Street. Other companies have placed their cows at their places of business.

Multiple businesses chose to have their cows displayed on Fourth Street. Other companies have placed their cows at their places of business.

People are finding cows along the streets of Galt, but these bovines aren’t lost. The whimsically decorated cow statues are part of the Galt District Chamber of Commerce’s “Herd on the Street” campaign, involving local businesses and organizations to create public art and draw visitors to the city.

Toni Gerling of Express Type & Graphics said she came up with the idea for the program while looking at similar initiatives in other cities.

“I remember years ago being in New Orleans, and they had fiberglass fish in their downtown area; they were all brightly painted,” Gerling said in an interview. “Elko, Nevada, has giant cowboy boots. Wyoming has bison. Buffalo, New York, has buffalo. So I thought, ‘Why not do something like that for Galt?’”

Gerling said she settled on cows for her proposal “because we are an agricultural community” surrounded by dairies.

Each business that purchased a cow chose how it wanted to decorate its statue, and the first set of cows debuted at the Independence Day Parade. The business then had the option to put the cow outside its location or have it placed along Fourth Street.

Gerling came up with the concept for Express Type’s cow: “a collage of colorful paper, because we’re a printing business and we deal with paper.” The cow’s name? Pablo Pi-cow-so.

Though she had intended to paint Express Type’s cow herself, Gerling eventually ran out of time and hired local artist Kalyn Farmer to complete the work.

Gerling and chamber President Kevin Borges said they had seen a lot of community engagement with the cows. Each cow also has a QR code provided by SMUD that links to information on what is new in energy technology and how to save money on electricity bills.

“The idea is really just to get people into the city to experience our coffee shops, wineries, restaurants. There’s so many good things here, and I think people just don’t realize it,” Borges said.

Once all the statues have been decorated and placed, the chamber will publish a map of their locations so members of the public can take a tour. They will remain on display until the end of 2023.

Gerling said she loved the way Express Type’s cow turned out, and she was happy to see her idea come to fruition in the community.

“It’s very exciting, and we’re very pleased with the way it turned out,” Gerling said.