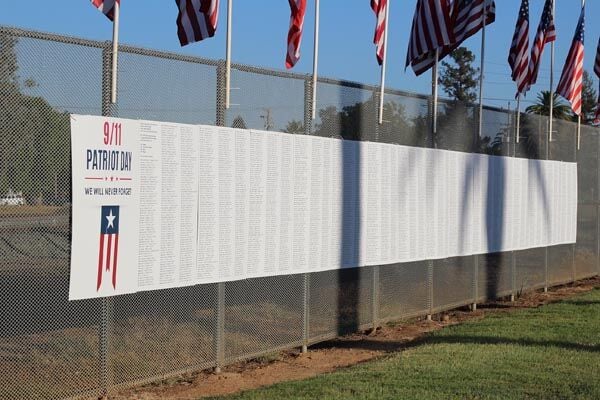 A list of the people who died during the September 11 attacks is posted at the remembrance. 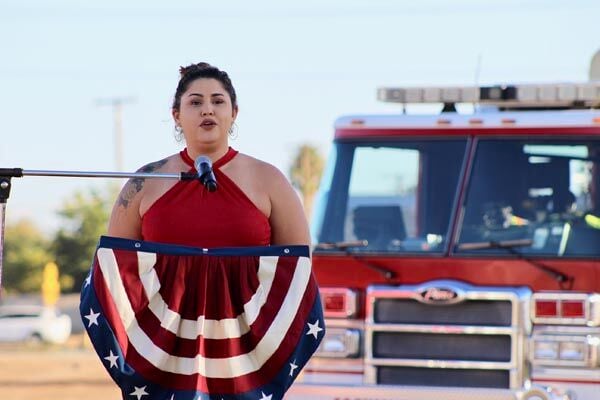 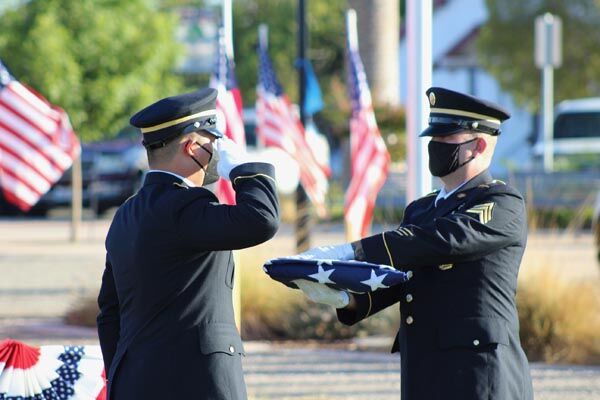 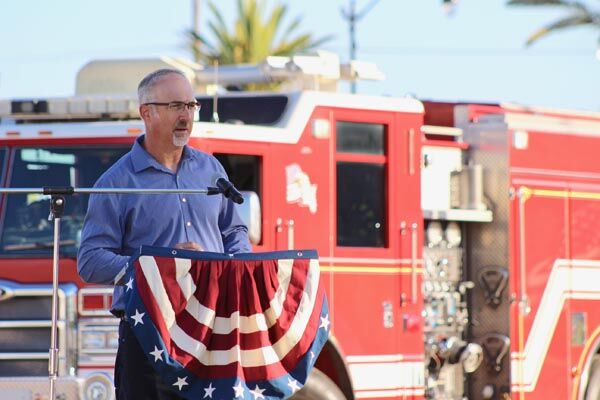 Galt Mayor Shawn Farmer gives a speech at the 9/11 memorial. 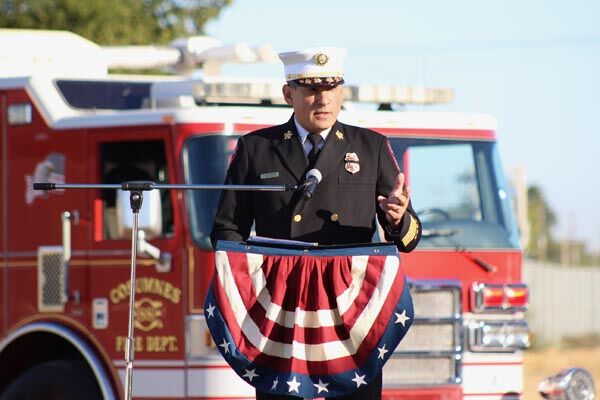 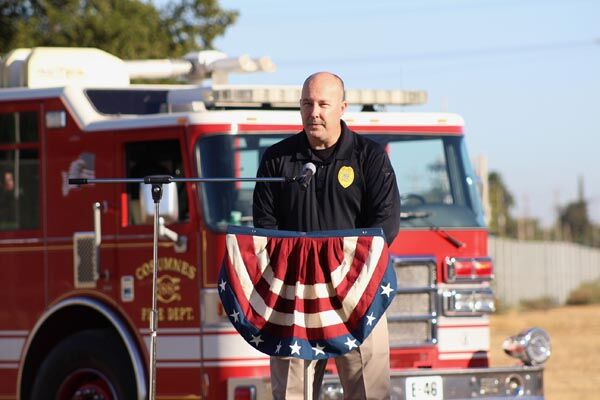 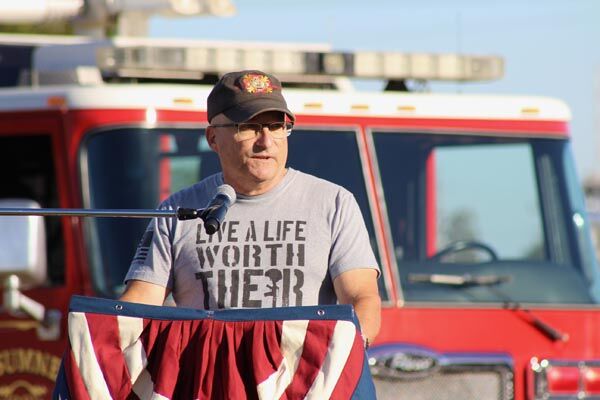 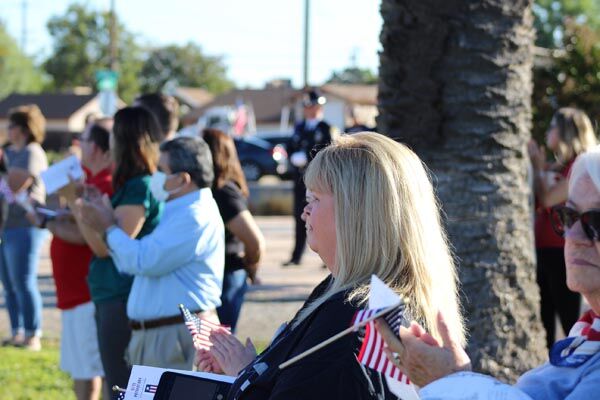 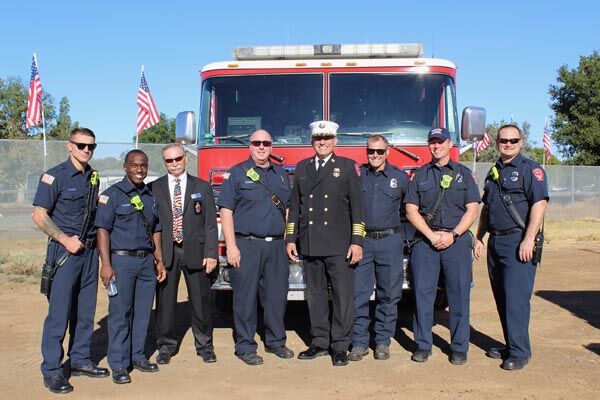 Cosumnes Fire Department Chief Felipe Rodriguez asks the audience to reflect on the meaning of the September 11 observance.

A list of the people who died during the September 11 attacks is posted at the remembrance.

Galt Mayor Shawn Farmer gives a speech at the 9/11 memorial.

Cosumnes Fire Department Chief Felipe Rodriguez asks the audience to reflect on the meaning of the September 11 observance.

With a new generation coming of age with no memory of the Sept. 11 attacks, and the war that the tragedy sparked coming to an end, Galt’s observance of the 20th anniversary of the attacks was marked by reflection on their continuing significance today.

“I hope that as we all gather here today, 20 years later, to remember the tragedy of that day in 2001, we can be reminded of what is at stake,” Galt Mayor Shawn Farmer said in a speech. “We can remind those that have forgotten what sacrifices our country has made. It is up to all of us.

Cosumnes Fire Department Chief Felipe Rodriguez described the events of 9/11, which resulted in the deaths of 2,977 victims in three different locations.

As he noted the hundreds of firefighters and police officers who lost their lives, some fire department personnel in attendance left in a fire engine to respond to a call.

“May those firefighters who just left be safe, as well, as they do what they have to do to protect this community,” Rodriguez said. “Today we remember, we reflect, we respect. Tomorrow we continue to reunite as intended. May we never forget.”

Interim Police Chief Richard Small recognized the sacrifice of first responders on Sept. 11 and in the years that followed. He recalled visiting the Sept. 11 memorial, which he said is treated as “hallowed ground.”

“And now a new generation, that was born after the events of 9/11 are coming into adulthood, making remembrance like today that much more important,” Small said. “It is my hope that we continue to show that type of respect that I witnessed at the memorial and that we’re showing today, and the deference to those that gave their lives on that day and who continue to give their lives in the defense of freedom. We must continue to share their story so that we will never forget.”

The ceremony concluded with a moment of silence at 8:46 a.m., the time that American Airlines Flight 11 crashed into the north tower of the World Trade Center, Pacific Standard Time.

The event was hosted by the Galt District Chamber of Commerce at its park located on the corner of Fourth and C streets. The park was decorated with dozens of American flags, lent to the chamber by Scout Troop 1119. Free donuts and flags were available for attendees.