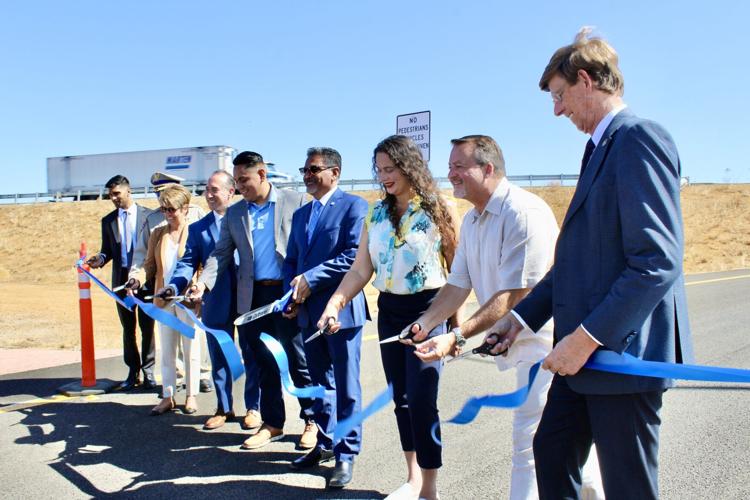 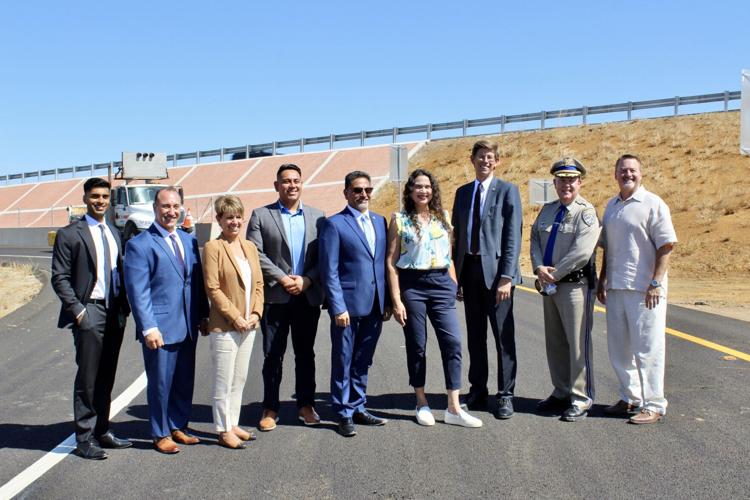 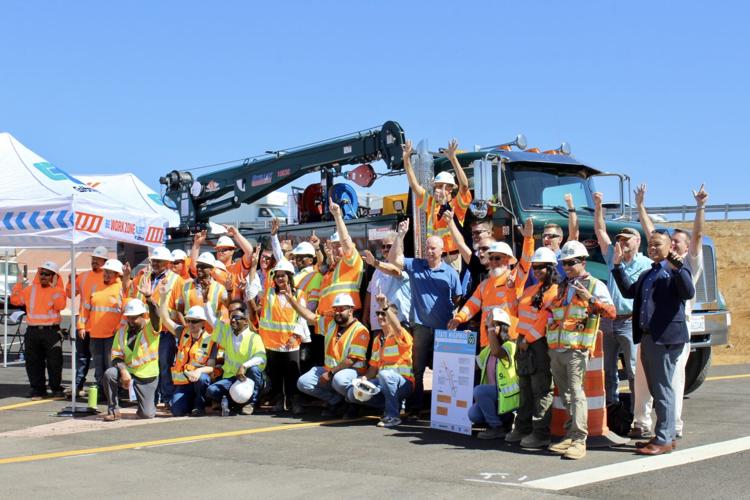 Caltrans employees cheer after the first cars drove up the Eschinger Road onramp. 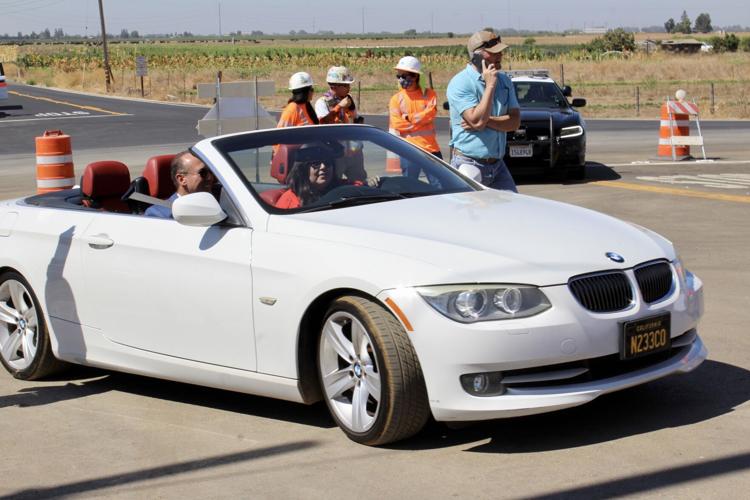 The first car to use the Eschinger Road onramp 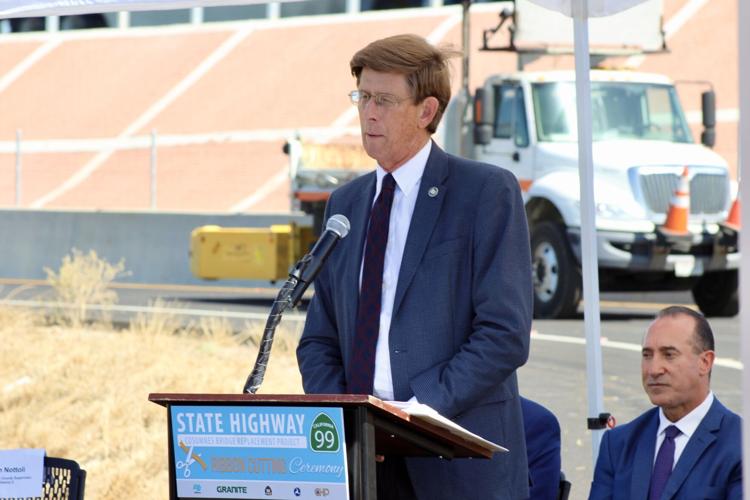 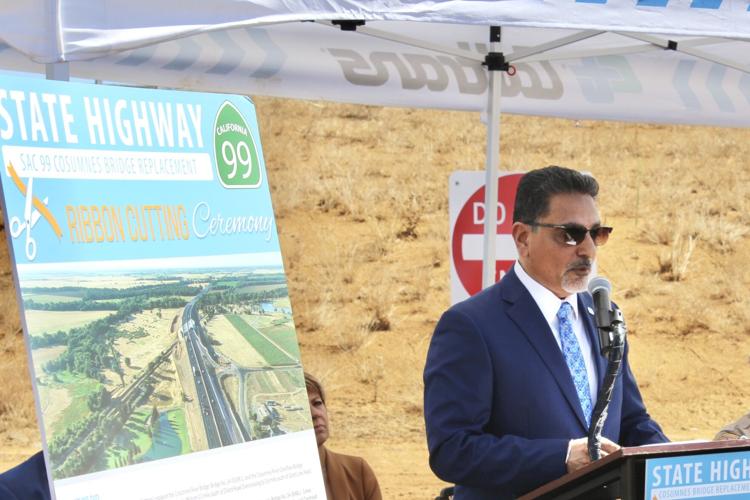 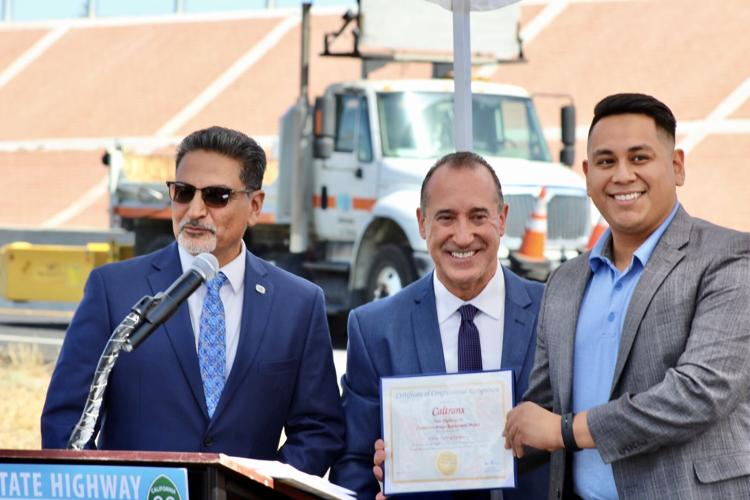 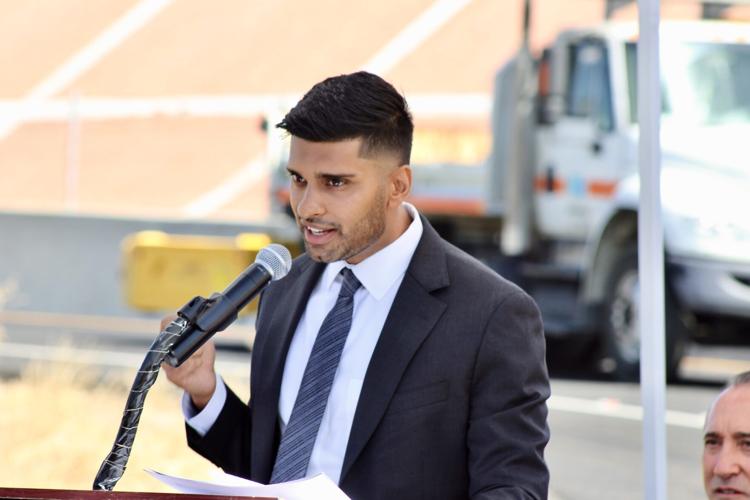 Caltrans employees cheer after the first cars drove up the Eschinger Road onramp.

The first car to use the Eschinger Road onramp

“In October 2019, Caltrans celebrated the groundbreaking of this project with many of you here today,” Caltrans Director Tony Tavares told a group of local officials, Caltrans employees and contractors at the Eschinger Road exit, just south of Elk Grove. “And at that time, we committed and we promised to you that we would finish this multimillion-dollar project by November 2024.

“We are very proud of our partners, our department and our construction community to be able to accomplish this feat two years ahead of time,” Benipal told the Herald.

The $208 million project removed the southbound McConnell underpass that went beneath the Union Pacific railroad tracks, replacing it with a single structure that includes the north- and southbound lanes. It also replaced four bridges over Cosumnes River and renovated the Dillard Road overpass.

Benipal said tangible improvements for drivers include a safer roadbed and wider shoulders. The new structure is also less vulnerable to flooding than the McConnell underpass was.

Caltrans spokesperson Angela Daprato said remaining work is a matter of “putting the details on” the new structures and will not affect motorists. She said the work will wrap up by November.

The Eschinger Road entrance and exit on Highway 99, which have been closed during construction, reopened the evening of Sept. 1. Benipal said the onramp there has been reconfigured so agricultural traffic has space to accelerate onto 99.

“Today, State Route 99 serves as a major gateway into Elk Grove, providing residents, visitors with critical access into our city and our region,” Elk Grove Mayor Bobbie Singh-Allen said in a speech. “Bringing the Cosumnes Bridge up to modern-day travel standards improves safety and mobility for more than 70,000 drivers who venture along this stretch of the roadway each and every day.”

Singh-Allen later told the Herald that the infrastructure would ease access to the newly opened Sky River Casino and other nearby businesses.

Sacramento County Supervisor Don Nottoli said that, in 50 years of commuting on 99, he has seen an increase in traffic and the amount of freight on the highway.

“This is going to be a vastly more safe commute route and movement of people and goods,” Nottoli said.

The supervisor recalled an anecdote from when he was “a very young youngster” and portions of Highway 99 were being constructed: “My great-aunt, before she passed, would remind me that when they were constructing one of the underpasses there in central Galt, that I kind of wandered into the construction zone and kind of gave her a little bit of a fright.”

Nottoli said his great-aunt had had photos of the digging of one of the underpasses in Galt.

“I know (this project) will serve Sacramento County residents and Elk Grove residents and Galt residents — this community as a whole, folks up and down the 99 corridor — for many years to come,” Nottoli said.

Caltrans received certificates of recognition from representatives of Assemblymember Jim Cooper and Rep. Ami Bera. Cooper also sent a certificate for the lead contractor on the project, Granite Construction.

Elk Grove City Council Member Pat Hume, who is campaigning to represent Sacramento County’s Supervisor District 3 when Nottoli retires this year, attended the ribbon-cutting. Hume said he uses 99 to commute between Elk Grove and Galt and observed the rise in congestion. The renovations will improve throughput and safety, he continued.

After the officials cut the ribbon on the Eschinger Road onramp, several cars became the first to use the renovated entrance.