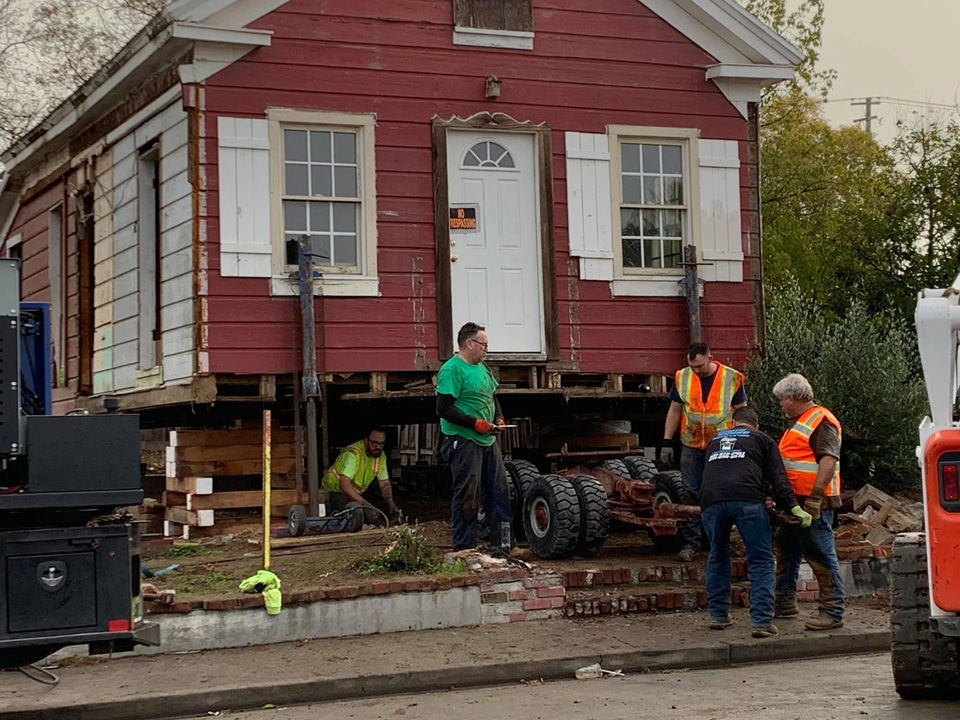 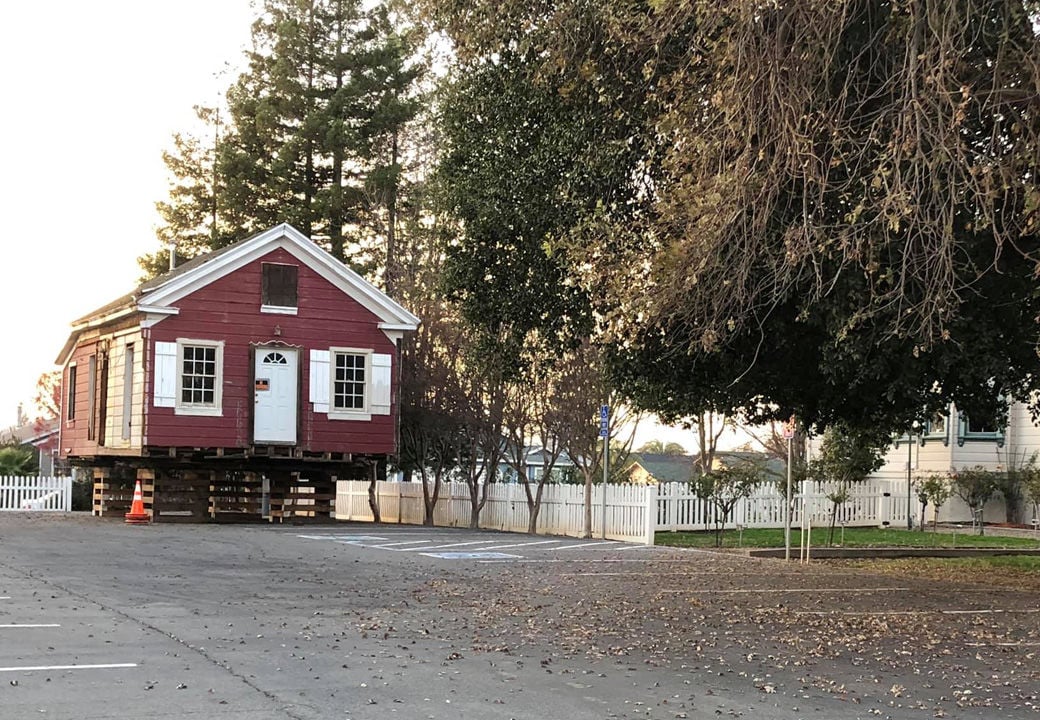 The Liberty School House sits on blocks in the parking lot at the Rae House Museum (right), where it will remain until funding can be arranged for the foundation and further renovations.

The Liberty School House sits on blocks in the parking lot at the Rae House Museum (right), where it will remain until funding can be arranged for the foundation and further renovations.

Built in 1854 in the little town of Liberty just south east of Galt proper, and moved to Fourth Street in Galt in the early 1870s, the Liberty School House has a new home for the holidays in the Rae House Museum parking lot, thanks to many benefactors.

A longtime historical fixture in Old Town, the little schoolhouse served many children during its years, eventually becoming a home to well known author/artist Baxter Sperry sometime in the 1950s or early 1960s. Just exactly what the structure was used for between being moved from its original site in Liberty and as Sperry’s place of residence is still being investigated by the Galt Area Historical Society (GAHS).

Despite a little misplaced history, the building will soon have a makeover, or do over, that is, to restore it back to its original one-room schoolhouse days, potbelly stove and all.

Owned by the Henke Family Trust, the property was going up for sale earlier this year. The Henke family realized the building’s historical significance to Galt and offered to donate the schoolhouse to the GAHS if the organization could get it moved.

That was a big if, as the GAHS soon found out.

“We started to get bids to move the house,” said Janis Barsetti Gray, GAHS president. “Most bids were extremely high to move this house.”

But Barsetti Gray didn’t give up and eventually found Scott Heavy Movers, Inc. out of Roseville, a fourth generation company who has moved many historic buildings.

“They gave us a very kind bid, donating some of the normal fees to move the building,” Barsetti Gray said.

The work crew carefully raised the building off its foundation using hydraulic lifts, gently placing it on three flat structure-moving dollies and towed the structure to its new home.

Raised about four feet off the ground, the schoolhouse will sit on its raised perch, waiting for the next step, which is to have a foundation built. Two additional benefactors have stepped up, one offering to pay for the cement for the foundation and another contractor who is interested in donating his work for putting in the foundation.

“Our next step will be to renovate and restore the school house to its 1854 days by our volunteers,” Barsetti Gray said. “Once the structure renovation is complete, we will furnish it to look like an 1854 one-room schoolhouse. We already have people donating items like desks, a potbelly stove and other artifacts for the classroom.”

After all the renovations and new furnishings, the Liberty School House will become part of the Rae House Tours.

The Liberty School House is the oldest structure in Galt to have been moved from the town of Liberty in the early 1870s. One other Liberty structure still exists, and that is the Iglesia Rosa De Saron, located at 120 Seventh Street.

Barsetti Gray would like to thank all those who have helped with this project.

“Along with the GAHS, I would personally like to thank John Henke and his family for this wonderful donation/gift,” Barsetti Gray said. “John knew how important this little schoolhouse was to our town. He entrusted the GAHS to bring it back to life. I also want to thank Scott Heavy Movers for taking such care and helping us bring this building to its final resting place. The Galt Planning Department, Chris Erias, Carl Hefner and Bill Forest were all very instrumental in helping us achieve this move. It is wonderful to work with people who have the same passion about preserving Galt’s history.”

Barsetti Gray said that all donations of any kind are appreciated and, if anyone would like to be a part of this renovation or would like to donate toward this, they can contact the GAHS at P.O. Box 782, Galt, CA 95632.

“We would be grateful for any assistance we can get from the community,” she said.