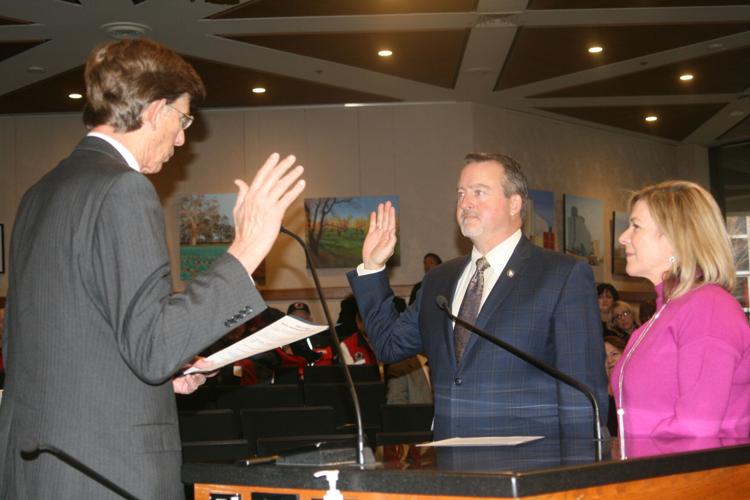 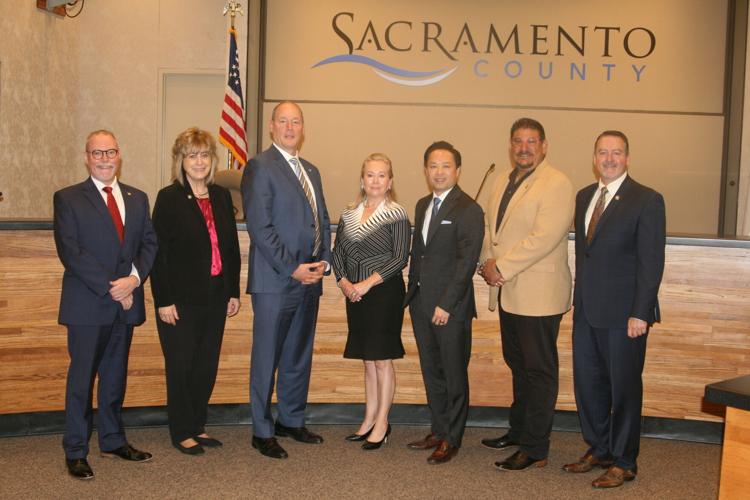 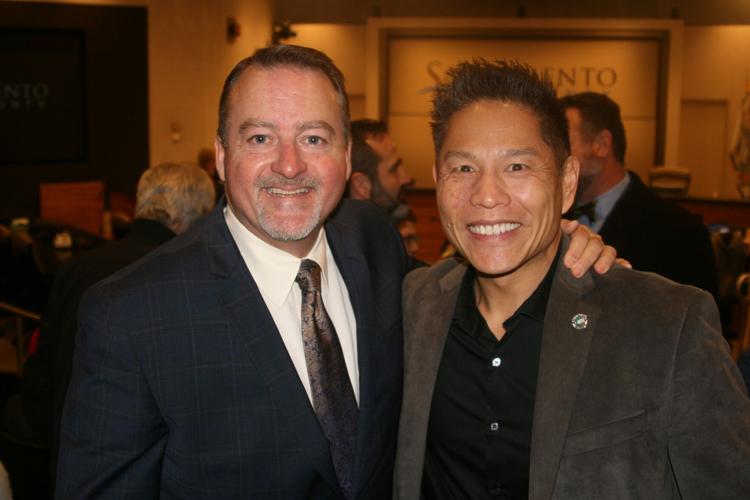 Former Elk Grove City Council Member Pat Hume was sworn into his new role as a member of the Sacramento County Board of Supervisors on Jan. 10.

While standing alongside his wife Lisa inside the board of supervisors chamber in downtown Sacramento, Hume was sworn in by his predecessor, Don Nottoli, who had represented District 5 since 1995. Nottoli also endorsed Hume as his successor during last November’s general election.

After being sworn into office, Hume first expressed appreciation for his wife, who he called his “strongest supporter” and his “rock.”

Referencing the very close District 5 race that took nearly a month to decide, Hume additionally thanked the district’s voters, who narrowly elected him over his opponent, Jaclyn Moreno.

He also acknowledged his District 5 predecessors, Nottoli and Toby Johnson. The latter served the district for five terms. Nottoli, who served for seven terms, was Johnson’s administrative assistant for each of his terms in office.

“I stand on the shoulders of giants that I’ve known my whole life,” Hume said.

He told the Herald that he is stepping into his new role during a “trying time.”

“Obviously, it’s a trying time for us right now with what’s going on with the flooding and the storms, and everything,” the supervisor said. “And so I’ve been doing what I can to get up to speed and touring the emergency operation center, and really trying to hit the ground running just as I had promised.”

In addition to making sure that people are safe during the storms, Hume is concerned about the issue of homelessness.

“I’ve been trying to figure (the homeless situation) out,” he said. “We’ve got some items coming up relative to mental health, which is at the forefront of things that we need to be looking at. And then just kind of the governance and really seeing what we can do to get the organization on a positive trajectory.”

In an interview with the Herald, Nottoli spoke about his support for and confidence in Hume.

“Pat brings a solid career, certainly in the private sector, but also his years of service with the (Elk Grove) City Council I think prepared him well for the role of supervisor, with budget matters or the land use and a variety of things that cities deal with,” he said. “I’m delighted that he was elected, and I think he’ll do well.”

Board of supervisors Chair Rich Desmond spoke favorably about his new colleague on the board.

“He’s going to lead from the front,” he said. “He will be the person to be able to say bold statements and make bold statements about policy for the south county. And I think we’ve seen it. I’ve seen it personally in the last week, where we’ve had the flooding around our city and many of our citizens affected. And Pat’s been on the phone with me, asking me what I need and is there anything we can do for Galt and as well as many others.”

Elk Grove City Council Member Darren Suen noted that he has been a “big supporter” of Hume.

“It’s been great working with him on the council,” he said. “It’s great to see someone from Elk Grove ascend to the county level. I think continuing Don Nottoli’s legacy is important, and I think Pat’s the right person to do that.

“I think not just Elk Grove, but the rest of Sacramento County is going to benefit from his leadership, and I look forward to doing our work with him in his new capacity.”

Another member of the Elk Grove City Council, Sergio Robles, referred to Hume as a “straight shooter.”

“He’s always been a person who is always in front of the community,” he said. “So, we definitely lose something in Elk Grove, but we gain something in the county.”

“I think the Sacramento County board is getting a really good person for that position,” he said. “And we’re sorry to see him leave from Elk Grove, but I’m sure that his heart is still there and he will help us out. But I’m very proud to say that he’s my friend, and I wish him the best of luck here as a county supervisor.”