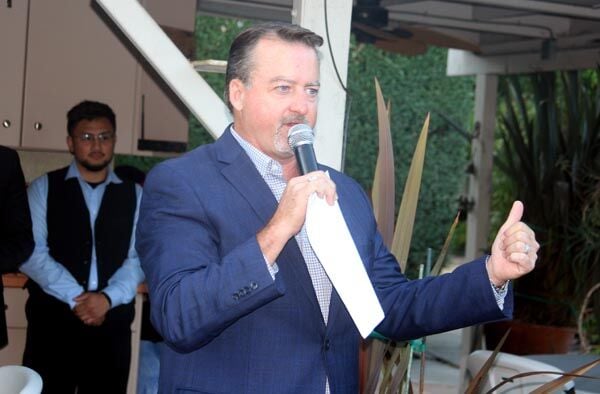 Elk Grove City Council Member Pat Hume speaks at his Sept. 29 fundraiser. He is one of three candidates vying for the Sacramento County District 5 supervisor seat in 2022. 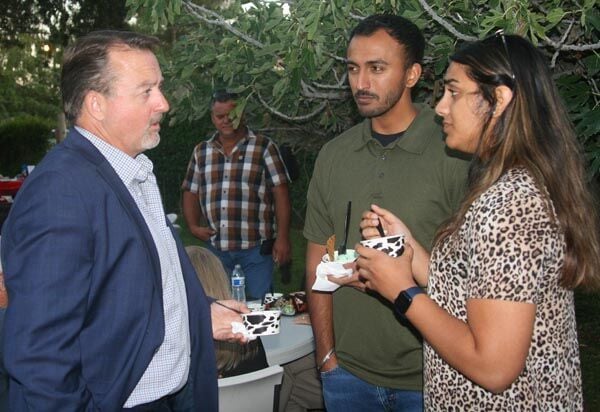 Elk Grove City Council Member Pat Hume speaks at his Sept. 29 fundraiser. He is one of three candidates vying for the Sacramento County District 5 supervisor seat in 2022.

Elk Grove City Council Member Pat Hume during his Sept. 29 campaign fundraiser identified several of his top issues of concern in Sacramento County. They include homelessness and economic recovery.

Hume is among three candidates who will run for the Sacramento County Board of Supervisors’ District 5 seat in 2022. His campaign hosted an ice cream social to raise funds at the Lent Ranch in Elk Grove.

The District 5 seat will be vacated by Don Nottoli, who announced in February that he would not seek reelection for that seat that he held since 1994. Hume’s opponents for the District 5 seat are currently Cosumnes Community Services District Director Jaclyn Moreno and Isleton resident Vernon David Swart.

Hume said that economic recovery coming out of the COVID-19 pandemic is currently his number one issue.

“What are we doing to take this money that’s flowing down from the federal government and using it to help the mom-and-pop businesses, to help the average person who’s struggling to come through this, and maybe having a difficult time keeping their house or their business?” he asked.

“What are we going to do to make sure that we’re not just growing government, that we’re actually helping people?”

Also important to Hume is the issue of homelessness.

“We’ve really got to take a more meaningful approach to tackling homelessness,” he said. “I think that unfortunately some of the policies we’ve been doing of trying to start with supportive housing puts the cart before the horse. We have to be realistic about addressing the root causes in my estimation.

“Mental illness, substance abuse, addiction, other sources of trauma that have really caused these people to find themselves in a situation that is inhumane to allow them to continue to live that way.”

“The last one is all of the governance issues that everybody has to take on a daily basis, with respect to land use, infrastructure, utilities,” he said. “You know, all of the things that I’ve been doing for the last 15 to 20 years in one fashion or another, in order to make sure that the services that people are paying for and that they rely on, that they’re getting them in the way that they deserve.”

Hume emphasized his experience as an advantage against his opponents in the District 5 race.

“Really one of the differentiators in this race is the fact that I’m prepared to start serving on day one,” he said. “I don’t have a learning curve with some of the larger issues that come before the County Board of Supervisors.

“Obviously, I need to learn the players, but I don’t need to learn the game. And I think that’s important. We have a lot of sort of very timely crises that need to be addressed, in addition to just the regular operations of government. And so, I’m ready to do that, assuming the voters send me there.”