You have permission to edit this article.
Edit
Home
News
Sports
Lifestyle
Obituaries
Classifieds
Multimedia
1 of 10 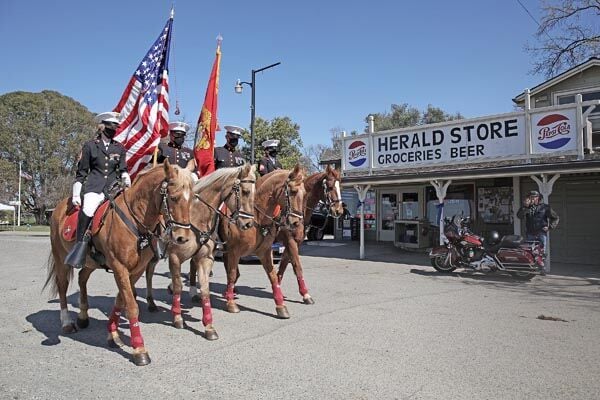 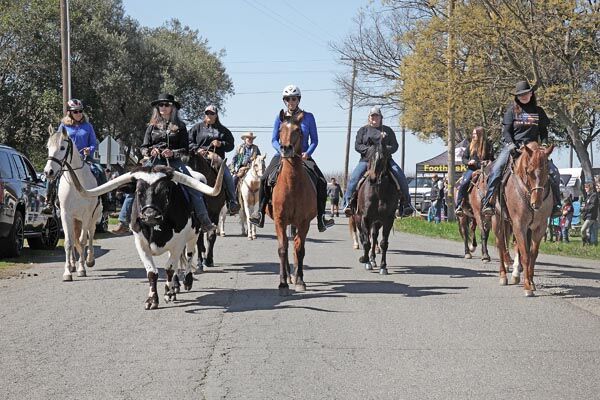 One hundred and sixty-seven horses, and one long horned steer ride through Herald to honor Gibson. 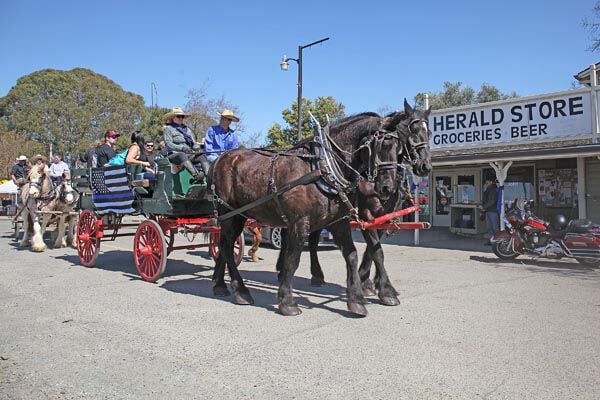 Many wagons drawn by different breeds of horses carry well-wishers and other dignitaries. 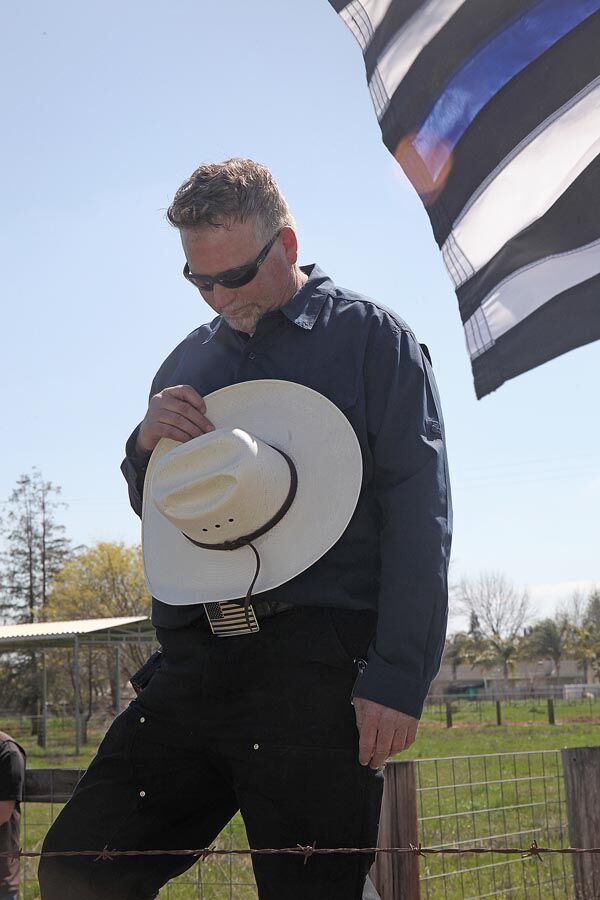 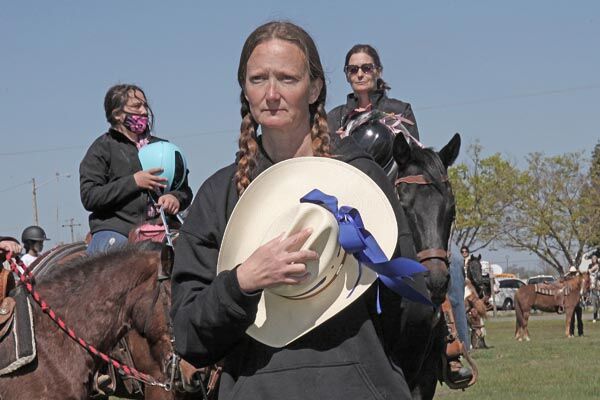 Stephanie Nather stands at attention during the opening ceremonies. 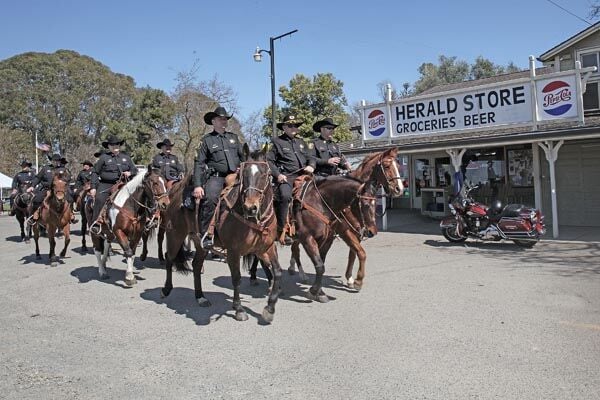 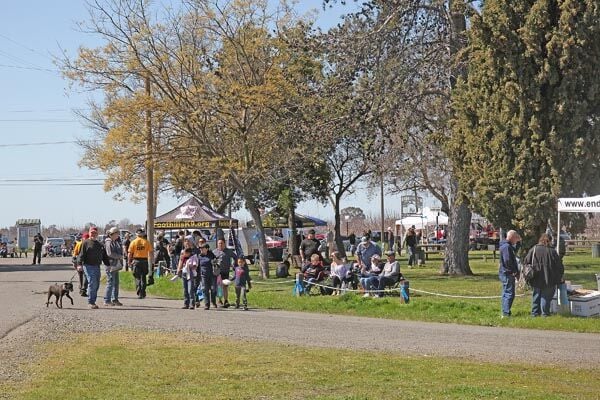 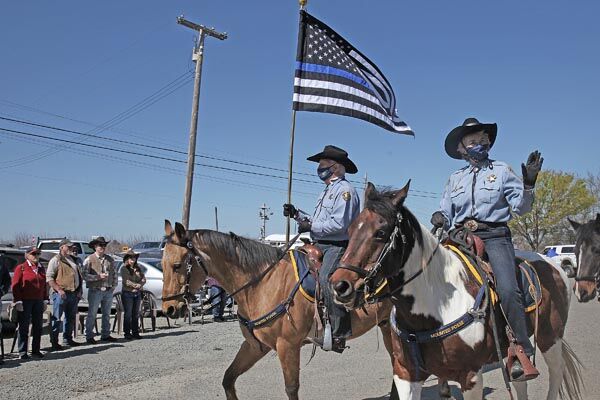 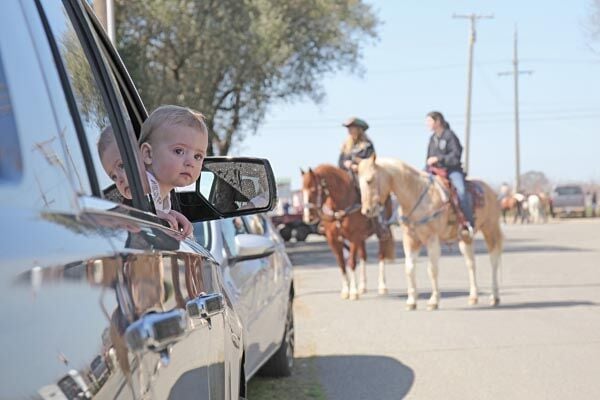 Little Kennedy safely watches the procession from her family vehicle. 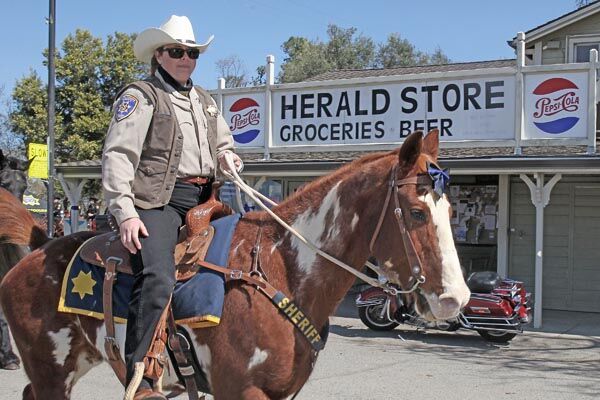 Mounted law enforcement from all over the state shows their support for the Gibson family.

One hundred and sixty-seven horses, and one long horned steer ride through Herald to honor Gibson.

Many wagons drawn by different breeds of horses carry well-wishers and other dignitaries.

Stephanie Nather stands at attention during the opening ceremonies.

Little Kennedy safely watches the procession from her family vehicle.

Mounted law enforcement from all over the state shows their support for the Gibson family.

Fallen Sacramento County Sheriff’s deputy Adam Gibson and his K-9 partner Riley were remembered Saturday with a Cowboy’s Honor Ride in Herald. Deputy Gibson was shot and killed along with Riley Jan. 18 while responding to a call at Cal Expo. The officer, along with his family, lived in Herald.

Calling it a solemn procession of mourners, Saturday’s Cowboy’s Honor Ride was organized by Norman Nather, who gathered volunteer horseback riders from all around the state to show their respect to the fallen officer and to show Gibson’s family that he will not be forgotten.

Inspired by a fallen officer procession near his home in Livermore several years ago, and concerned for the growing animosity toward law enforcement officers and unnecessary deaths, Nather decided he wanted to do something to show his support for peace officers.

“I’ve been a horse owner for 10 years, so I wanted to do something on a horse,” Nather said.

But it wasn’t until 2016 when yet another police officer was gunned down  that found Nather jumping in his vehicle to do “something”.

“The next morning (after a fatal shooting), I drove down to that city, knocked on the city offices doors and said, ‘I want to show my support,’” Nather told The Galt Herald. “I just felt that the police departments and the officers’ families needed to see that people respect them and appreciated all that they do for their communities.”

From there on out, Nather committed that, if an officer was killed within 100 miles of his home, he would do something nice for the department and the officer’s family, something that the local community could participate in.

And so, the Cowboy’s Honor Ride was born.

“I just had an idea and I ran with it,” Nather said. “You know, I just kind of accidentally fell into this and it’s, it’s a beautiful thing.”

Saturday’s event welcomed 168 horses, including one long horned steer, and their riders, along with several wagons and hundreds of residents wishing to pay their respects to Gibson and his family.

“It was definitely awe inspiring to see our community come together for this event,” said local volunteer Heidi Braziel. “It was an honor and privilege to work with the Cowboy’s Honor Ride.”

Joining the dozens of local participants, riders came from all over the state, including the Marine Corps Mounted Color Guard out of Barstow, Calif. Some of the other mounted organizations participating in the event included Fresno Search and Rescue, Napa County, Merced County Sheriff’s Posse, San Joaquin County, along with Sheriff Withrow, Stockton Police Department and Citrus Heights Police Department, to name a few.

Although understandably choosing to stay out of the spotlight, Officer Gibson’s family watched the procession from a quiet area. And to show their support, also in attendance were families of previous officers killed in the line of duty.

“Seeing all of the other families showing support choked me up,” Braziel said. “That’s a club no one wants to be a part of, but they truly support each other.”

Nather was moved to tears himself after meeting Gibson’s family at the event.

“The family came out and was just grateful that we did all this stuff,” Nather said. “I’m sure they could see all the love. And it’s just about showing everybody the love and giving them a venue or opportunity to come out and let them know.”

Also impressed with the community support, Nather expressed his gratitude for all those that attended.

“I’m just grateful for all the people who came out, because, you know, I’m just one cowboy, so my event is nothing until everybody else comes out and supports it,” Nather said. “And that’s my goal, to just let the community come down and show the family that they care about them.”

Organizers wished to thank all those that attended and supported the event.