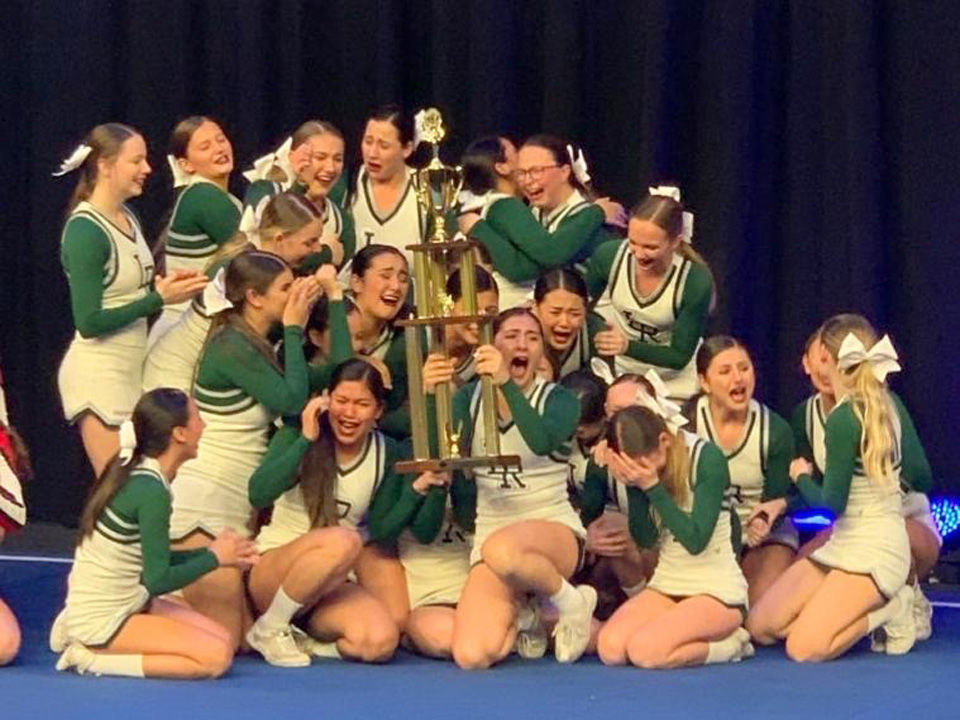 Tears of joy are rampant among the cheerleaders. 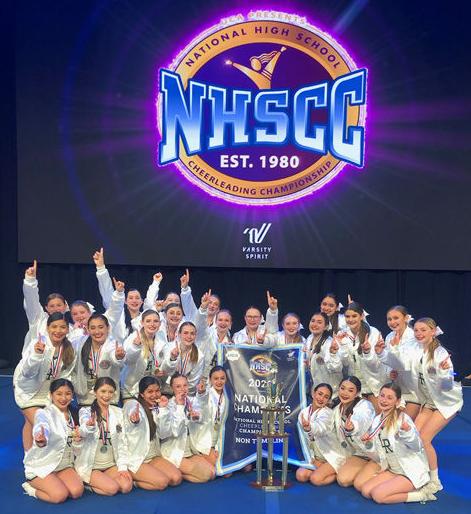 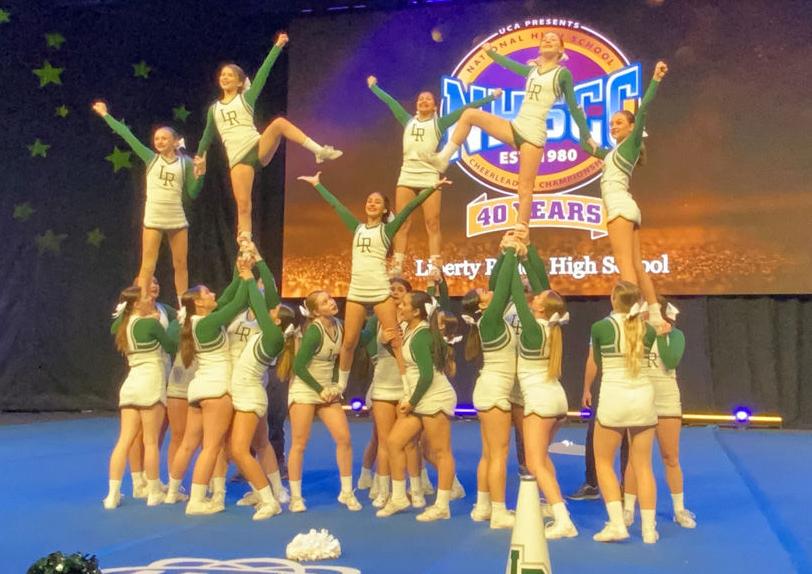 Liberty Ranch hits the last pyramid of their routine, earning them the National Champion title. 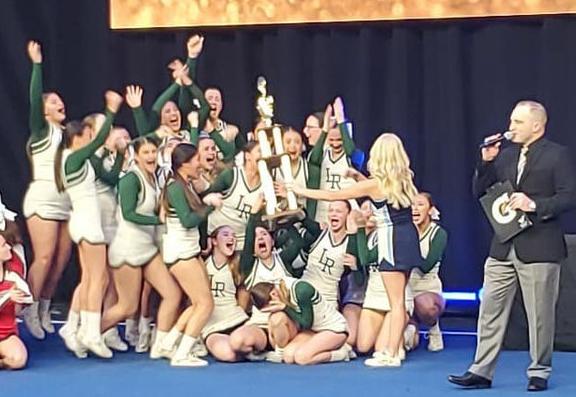 Tears of joy are rampant among the cheerleaders.

Liberty Ranch hits the last pyramid of their routine, earning them the National Champion title.

In the words of cheer mom Karen Baumgartner, football may have its Super Bowl, soccer has its World Cup, baseball has its World Series and hockey has the Stanley Cup but what about cheerleaders? Well, they have national champions, and that title now belongs to the Liberty Ranch High School (LRHS) cheer team.

“In the finals, they hit a perfect routine, leaving them with a first place win,” said head coach Alexis Welch. “As a first year head coach for Liberty Ranch, it was exciting just being able to take the girls to a competition of this level. Liberty Ranch has always had an amazing cheerleading program so it was definitely time for them to see how they ranked nationally. More than 950 of the best teams from nine different countries competed this weekend, so to be from such a small town and be able still take home the title is a huge victory!”

In preparing for their national appearance, Welch said that the girls practiced 10-12 hours a week, while also fulfilling their cheer duties at football and basketball games, and competing in other cheer competitions.

“My team and I worked so hard to get where we are, and I am so proud of each and every one of them,” cheerleader Cassidy Brown said. “We were so happy to win our bid and get the chance to participate in nationals, and to be national champions for our first year of competing is an absolutely incredible feeling. This was an amazing opportunity and an even better way to end my senior year of cheer.”

In order to qualify for the national competition, the team had to attend UCA Regionals in El Dorado Hills in November 2019. Needing a score of at least 70 percent in order to earn a bid to the national high school cheerleading championship, the team far outreached that objective.

“Our goal since day one of practice has always been to make it to Nationals and hit a clean routine,” Welch said. “Over the last seven months, these girls have worked harder than anyone else I know in order for this dream to become a reality. Along the way, they have far exceeded all of the goals we set – they have gone undefeated, taken home the title of CIF Sac Joaquin Section Champs, advanced straight through from Prelims to Finals in Game Day, and now they can call themselves National Champions! There are really no words to describe how proud I am of them and all that they have accomplished this season.”

LRHS principal Joe Saramago also is excited for the team.

“I am so proud of our young ladies and all of our coaches,” Saramago said. “They put in a tremendous amount of time practicing and preparing for this national event. To win a National Championship is just incredible. This is an accomplishment they will remember for a lifetime.”

“The squad winning the championship is a testament to what these girls have learned from Alexis and Barbara (Welch),” Schroeder said. “It’s not just about skill and ability, it’s about determination, hard work and dedication. Those are lessons and memories that will last a lifetime.”

Emotions run rampant as athletes prepare for competitions and, like all sports, injuries become a fear for each athlete, making them face the possibility of having to drop out of the competition.

Cheerleader Kylie Mutulo came face to face with this possibility after falling out of a stunt, landing on her knee.

“I was in shock at what happened,” Mutulo said. “I felt a sharp pain and sat on the ground and started crying. In my head, all I could think was, ‘oh my gosh, I’m going to be hurt in Florida, I’m not going to be able to compete with my team.’ I was freaking out. I was extremely upset and angry with myself. I was upset at the fact that maybe, if I did something different, this wouldn’t of happened. I was angry because I thought I was letting my team down. I wanted to just say I’m fine, but I could barely walk. I felt so much anger, pain and disappointment in myself.”

But Mutulo persevered and within a week her knee was ready for competition.

“My first practice back from my injury was amazing,” Mutulo said. “I felt so excited to be back and do what I love again. It was a feeling I can’t even describe. The moment we won nationals I couldn’t express the feeling of joyfulness and excitement I felt. All of the hard work and dedication finally paid off, and I wouldn’t change a single thing that happened.”

Chloe Johnson reflected on the overwhelming nervousness that can take over just before competing.

“Most of us have wanted to go to Nationals since we were little girls, so our nerves were uncontrollable going into the competition,” Johnson said. “This was our time to prove to ourselves, our coaches and everyone else that we were something bigger than just your average small-town cheer team. We all knew that things could possibly not go as planned but never thought our stunt would fall, jeopardizing our chances of advancing to finals. I only wanted to make Alexis and Barbara (Welch) proud in the end, so couldn’t fight back the tears and even ended up hyperventilating backstage.”

However, Johnson said the feelings of winning are worth the emotions.

“Advancing to finals was the second best feeling, but the first was definitely winning a national title. Tears of joy filled everyone’s eyes because we knew what this meant for our team and coaches. Our hard work, long practices and dedication of time had finally paid off for us all.”