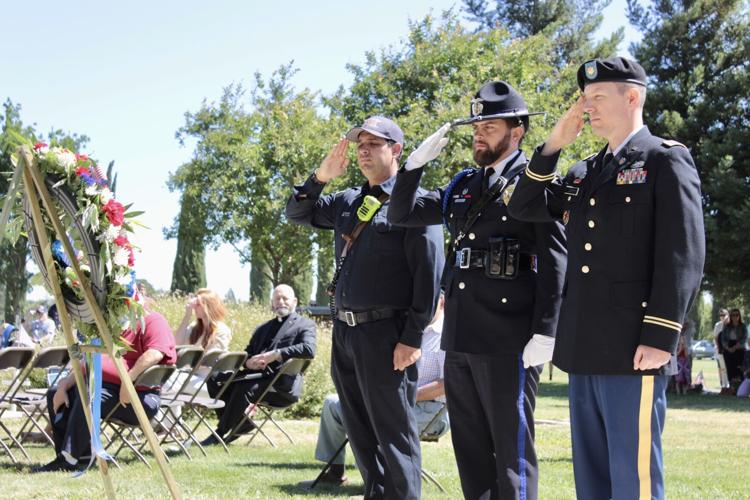 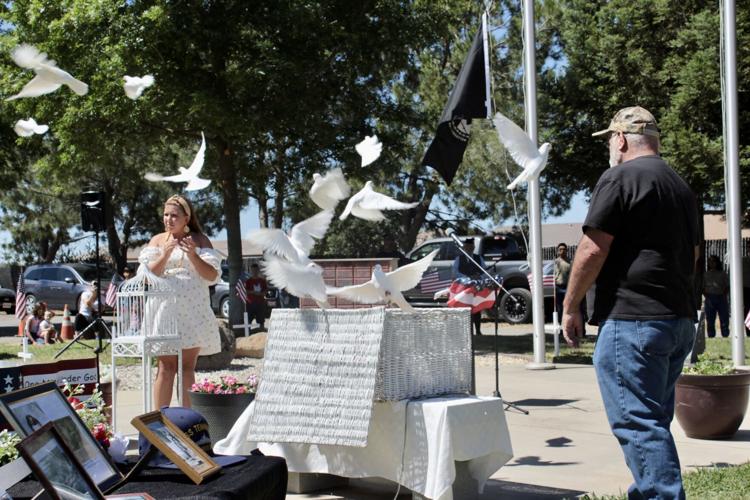 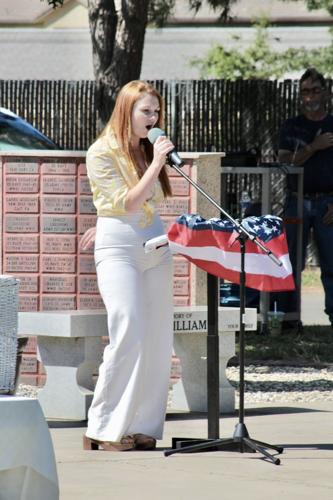 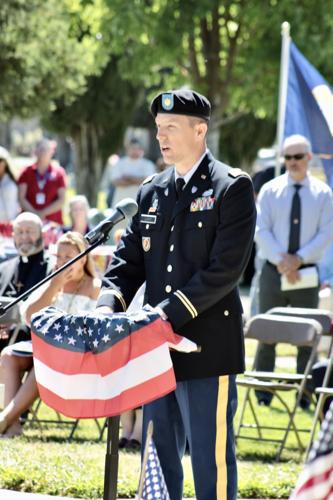 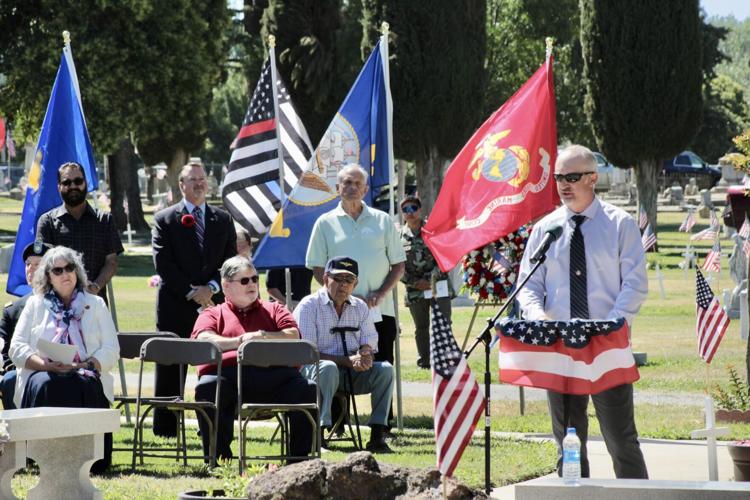 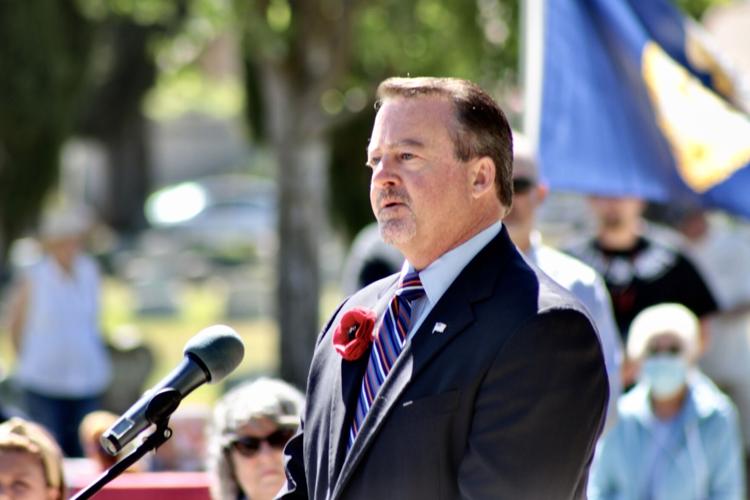 Elk Grove City Council Member Pat Hume speaks about his father, who died in an accident in military service. 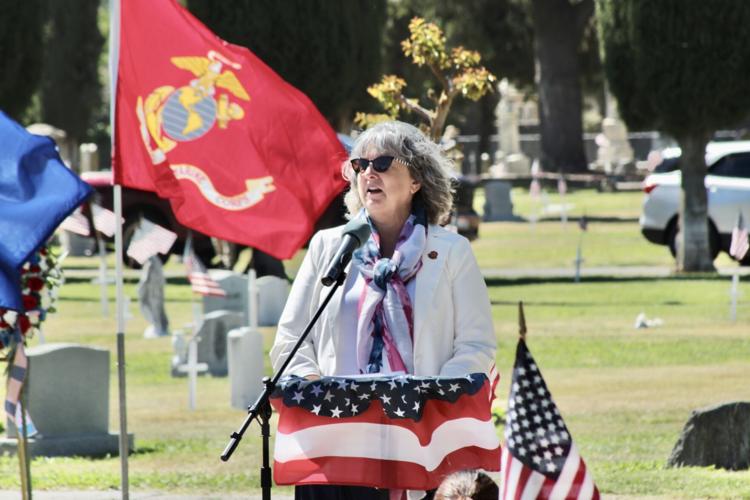 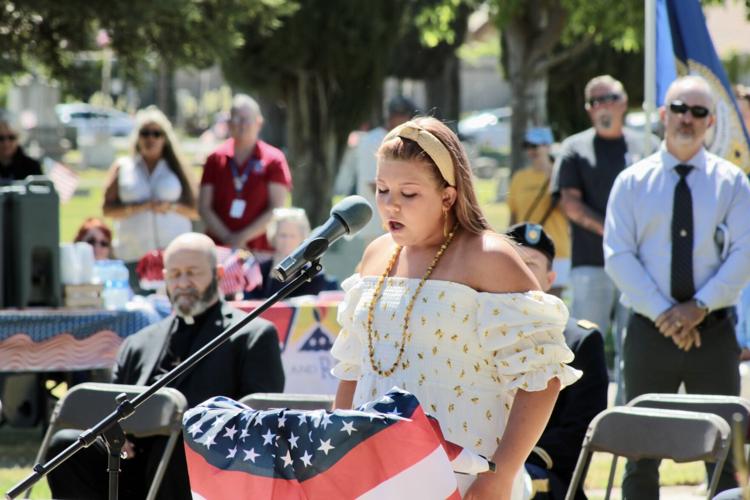 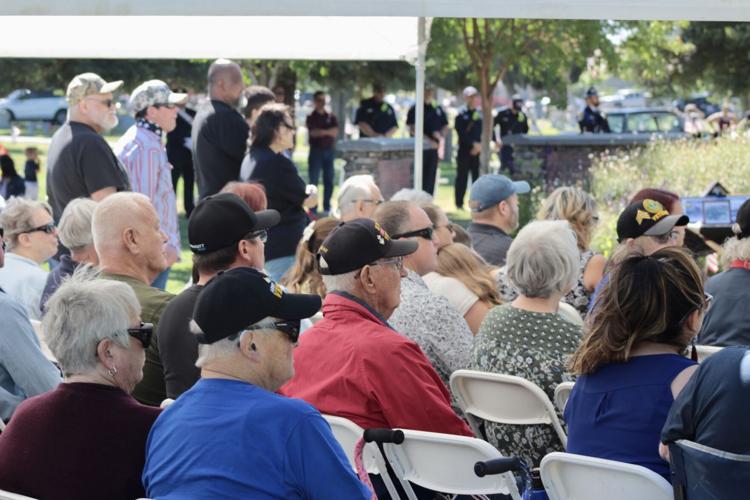 Audience members listen to speakers at the Galt Cemetery ceremony. 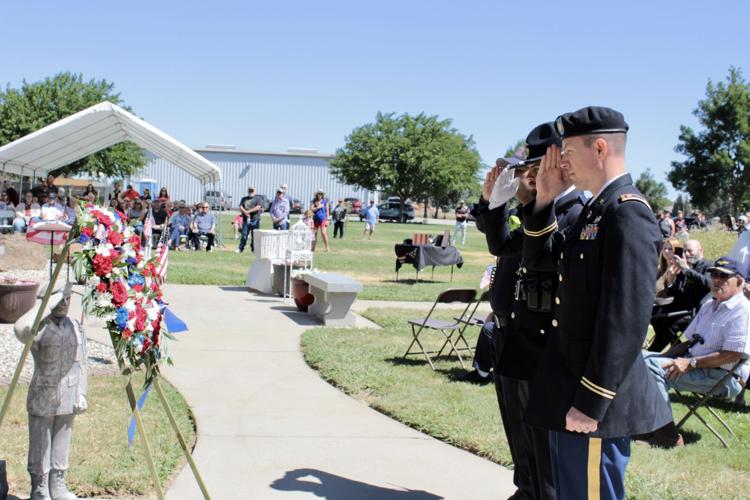 Elk Grove City Council Member Pat Hume speaks about his father, who died in an accident in military service.

Audience members listen to speakers at the Galt Cemetery ceremony.

Galt paid tribute on May 30 to those who have died in military service during the Galt-Arno Cemetery District’s Memorial Day observance.

The morning ceremony began as Scouts from Troop 1119 lifted flags to half-staff, and it included remarks from local clergy and officials, and from an active Army officer.

In his speech, Maj. Nathan Lavy asked, “Why must there be sacrifice? Why is this a consequence inflicted on those who serve and those who love them?

“That answer is simple but harsh: Liberty is not freely gained or preserved,” Lavy said. “It must be continuously safeguarded.”

Galt Mayor Shawn Farmer encouraged listeners to speak to younger generations about military members who have died in service.

Elk Grove City Council Member Pat Hume recalled coming to terms with the death of his father, Harlan Baker Hume, who served in Vietnam but died in a “freak accident” during peacetime.

After meeting a veteran who had reenlisted after recovering from severe burns, Hume said he realized that “my dad was not killed; he died for a job he signed up for, for a cause he believed in and for a country which he held dear.”

The ceremony particularly honored local veteran Harold Leal, who served in the Navy on the USS Tennessee, where he survived the Japanese attack on Pearl Harbor. He later served on an oil tanker and the USS Hopewell. He died on March 1, 2016, and is buried at the Galt Cemetery.

To conclude the observance, Leal’s son Anthony participated in a dove release.