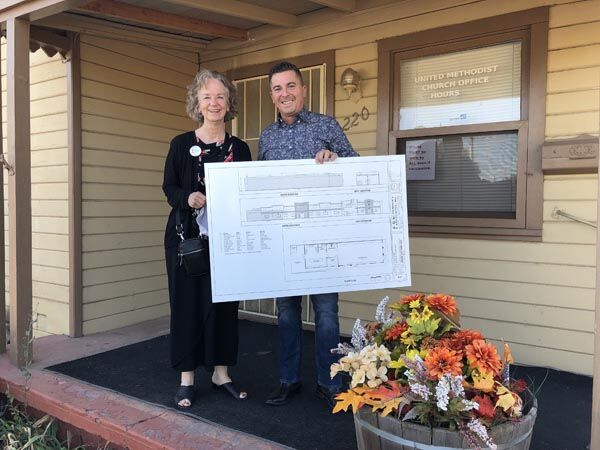 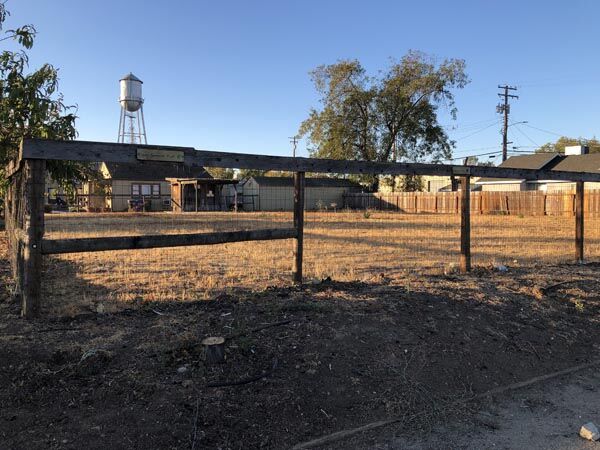 Two empty lots on the corner of B and Sixth streets are where Galt United Methodist Church members and Christian Church Homes proposes to build affordable housing for seniors and veterans.

Two empty lots on the corner of B and Sixth streets are where Galt United Methodist Church members and Christian Church Homes proposes to build affordable housing for seniors and veterans.

If nothing else can be learned from stories in the Bible, take heed to the story of David and Goliath.

Like the historic story of a young man and his simple slingshot and rock battling a seasoned giant soldier with his battle sword, a similar battle is being fought here in Galt.

Representing David in our town’s battle is the small congregation of Galt United Methodist Church. The Goliaths they have challenged are hunger and homelessness.

Already in the trenches fighting hunger in Galt, the congregation of nearly 100 hosts the Sunshine Food Pantry where they provide food for over 13,000 individuals annually. However, they have learned that’s not quite enough.

“In 2016, we served 6,116 people,” Director of the Sunshine Food Pantry Faye Gaines said. “In 2021, we’ve served 13,099 people in a nine-month time period. We continue to grow and, as we grow, we have to bring more supplies to make sure we have food for everyone. We need extra space.”

Currently, the pantry is occupying the back of the church; however, due to space constraints, food and supplies often spill into the church’s sanctuary.

Members of the church also recognize that housing for aging community members is limited, and there is no housing dedicated to area veterans.

“I think the issue in our community is that you’ve got people who’ve invested 30, 40, 50 years of their lives to Galt, who now have to downsize and are totally priced out of a living situation in their own hometown,” Galt United Methodist Church Pastor Mary Maaga said. “I just don’t feel like we serve them by not having enough of that kind of affordable housing. As you know, there’s a waiting list down at Galt Place, so this kind of takes care of a lot of that.”

Maaga was referring to the age-restricted affordable housing project above Velvet Grill and Creamery on Fourth Street.

The housing issue is a familiar challenge in the state. In fact, recent legislation is now requiring cities and counties to increase their housing inventory, specifically aimed to serve disadvantaged elderly, veteran and homeless residents.

With a mission to serve the community needs, and not backing down from a challenge, a group of six church members, including Maaga, began meeting nearly a year ago to solve the pantry’s space issues and the Galt area’s lack of affordable housing.

CCH, a nonprofit residential developer, has been advocating and building affordable housing in communities across the nation for 60 years. With the mission of “providing affordable quality housing in caring communities”, CCH lays claim to serving more than 100,000 residents, many of whom are here in the Sacramento valley. CCH maintains and manages their affordable communities.

Currently, Galt United Methodist owns three lots adjacent to their church building located at the corner of C and Sixth streets. Two of the three parcels lay empty, the third is home to the church’s business office, a small home that was built in 1948.

After consulting with CCH and the church’s conference leadership, the committee set their sights on developing a housing project for older residents and veterans, and a freestanding food pantry.

CCH and the committee settled on a three-story housing project on the two empty lots and a large food pantry, complete with a community services office area, on the lot where the church’s business office is located on Sixth Street.

The plan is for CCH to purchase the two empty lots from the church and, with that funding, the church will build its freestanding food pantry and community rooms.

After evaluation and in order to keep housing prices lower, CCH determined it needed an additional location to build additional housing units. The developer has begun negotiations for purchasing the empty lot on the east side of Lincoln Way at D Street, but cannot finalize the deal without further financial commitment. Between the two sites, CCH is looking at providing over 40 one-bedroom housing units, laundry facilities and office space for community services.

The first hurdle to jump was to acquire a majority vote from the Galt congregation to sell the two empty parcels of land, which face B Street.

A formal conference was convened at the church on Oct. 14. Nearly 50 members attended the meeting and, after hearing from the committee and Stone, those in attendance voted unanimously to move forward to pursue the housing proposal.

“That’s a huge victory,” Maaga said. “But then, there’s this other battle with how does Sydney get enough funding so that he can pencil in the black and make this thing happen.”

As with any project, funding becomes the largest battle in any war and, like good soldiers, the committee and CCH have not shied from this conflict.

Knowing that the proceeds from the sale of the two parcels will not solely fund a new food pantry, the committee will begin fundraising and seeking grants to fill that gap.

As far as the affordable housing project, Stone says he needs the city and county to step up and offer some financial commitment, a commitment to the sum of $1.5 million. With this commitment, Stone says that will open other funding opportunities.

The committee and Stone are asking the city and county to commit specific funding allocated to them for affordable housing projects.

A group of legislative bills passed over the last several years, often simplified to be called SB 2 funding, provides a funding mechanism, through home building and sales, for government agencies to allocate monies to help provide affordable housing; however, this funding will not be available for at least two years. In addition, the federal American Rescue Plan Act (ARPA) program, passed earlier this year by Congress, allows for some funding to be used to battle homelessness; this funding is available now.

It is SB 2 and ARPA funds that the committee and CCH are asking the city and county to commit.

“This is turnkey; we’re literally ready to roll,” Maaga said. “Sydney has said, the minute he has guarantee of any level of funding, he’s ready to go. This could be people moving in within two years.”

According to the committee, acquiring commitments for funding is proving to be complicated.

“There’s a reluctance to commit what they’re going to receive in two years,” Maaga said. “We’re here right now, but they seem to think that there could be something better down the road. So basically, they’ve got their dance card out and they’re like, ‘What if you’re not as good looking as a dance partner we could get down the road.’ That makes us feel kind of weird because we’re here and ready to go.”

Maaga said that this project checks all the boxes of beautification and affordability, something the committee says the city is in need of.

Recognizing that there are other needs in the city, Klotz said that the committee has not asked for all of the city’s SB 2 funds.

“We know clearly that there are other needs in the community that will be used,” Klotz said. “So we did not ask for the entire amount … It isn’t like ‘give us all your eggs and put it in our basket’, that wasn’t it at all. It’s about looking for that support so that the developer can unlock these other funds that are available for low-cost housing. And, by the way, these are Galtonians that are coming to the food bank.”

According to city of Galt Economic Development Manager Amie Mendes, the city is slated to receive only $500,000 in SB 2 funding in two years. And, although the city likes the sound of the housing proposal, committing funding that is not in hand is not a practice that makes staff comfortable.

“We do not know what we may be facing in two years,” Mendes said, “and we could have a new Council at that time.”

However, all is not lost. Mendes and other city staff are exploring other funding options that may help fulfill the requested commitment. Some of these options could include fee deferrals and Community Development Block Grant (CDBG) funds among others.

“This is could be a great project,” Mendes said, “but, at the end of the day, an expensive project.”

Mendes said the disadvantage of being a small community is that funding options through the city are limited. Most funding coming from the state and county are based on population.

“Bottom line is small city, sma ll funding; however, the cost to build is the same,” Mendes said.

But, despite challenges, Maaga is hopeful.