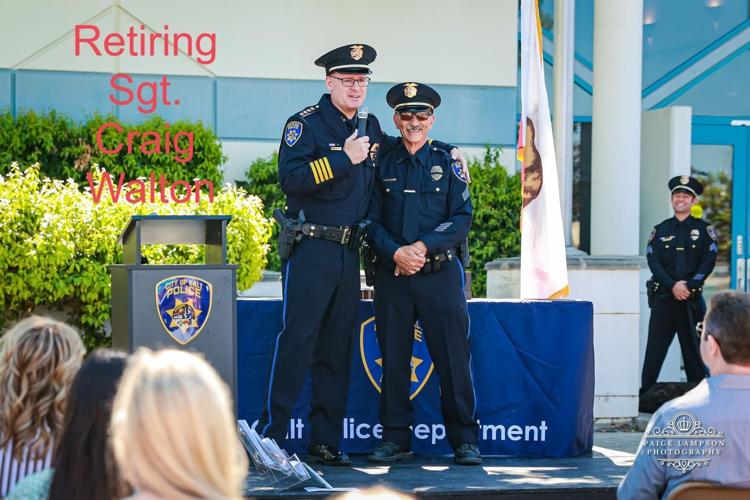 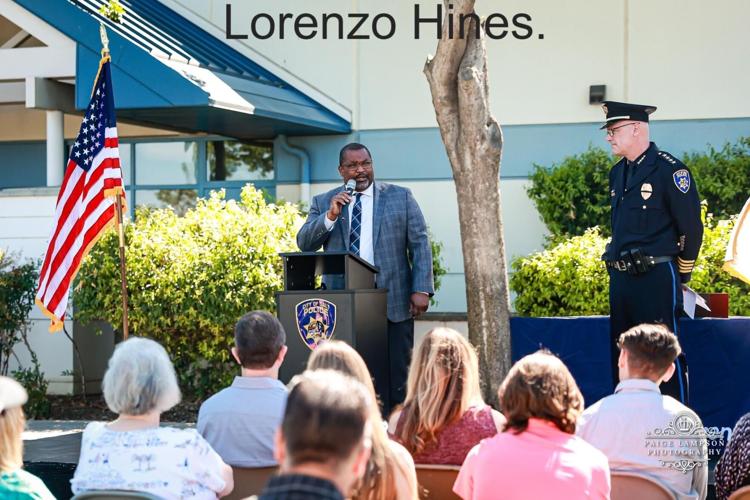 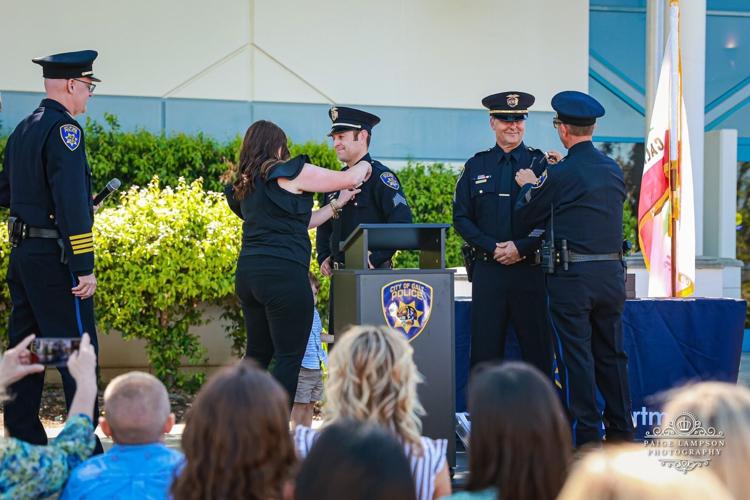 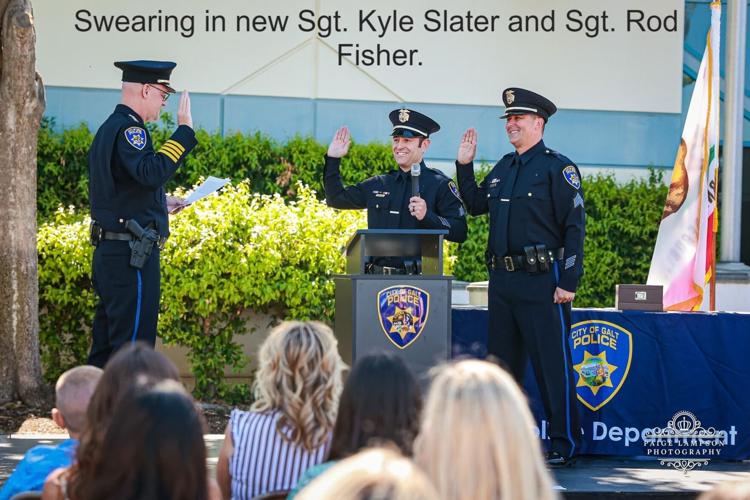 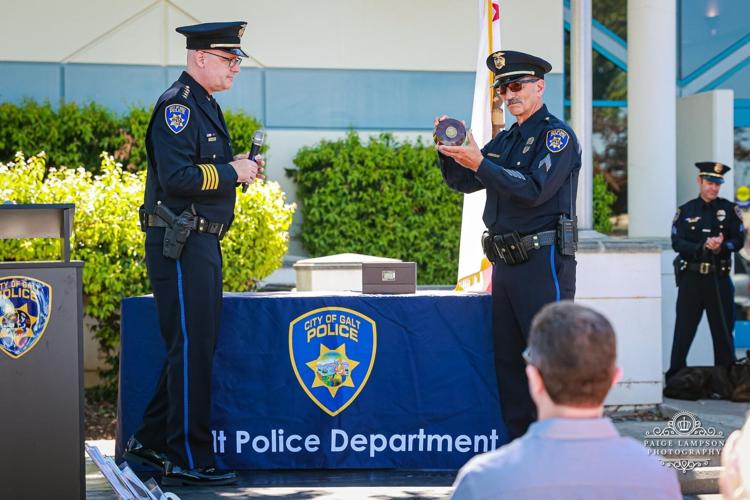 Sgt. Craig Walton holds a badge case, one of two retirement gifts he received at the Galt Police Department ceremony. 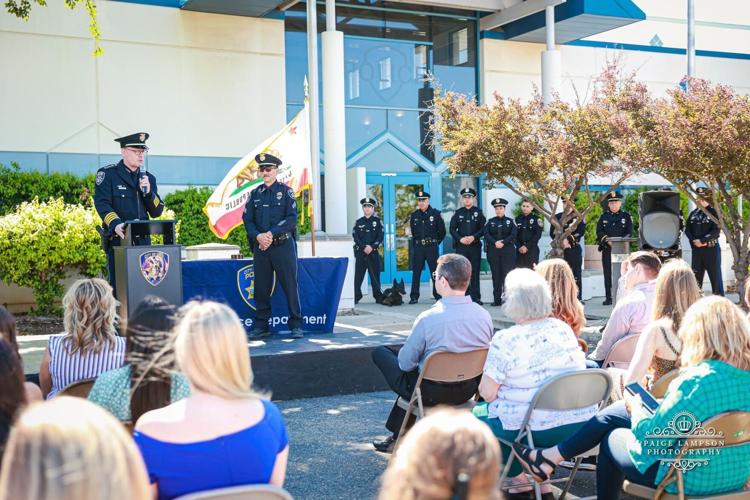 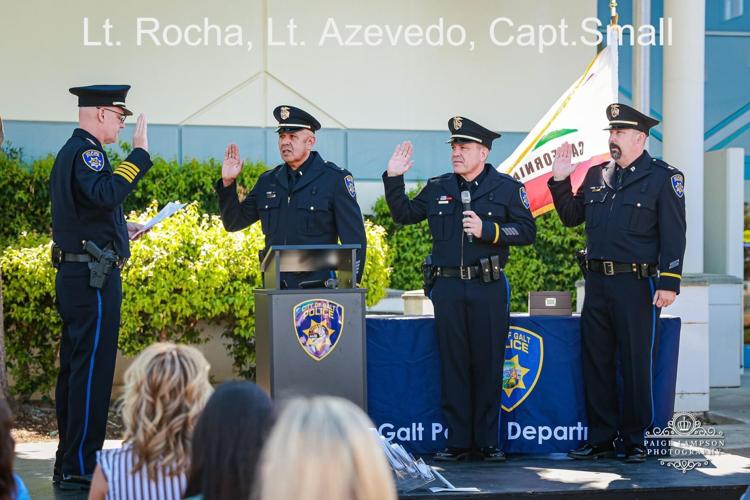 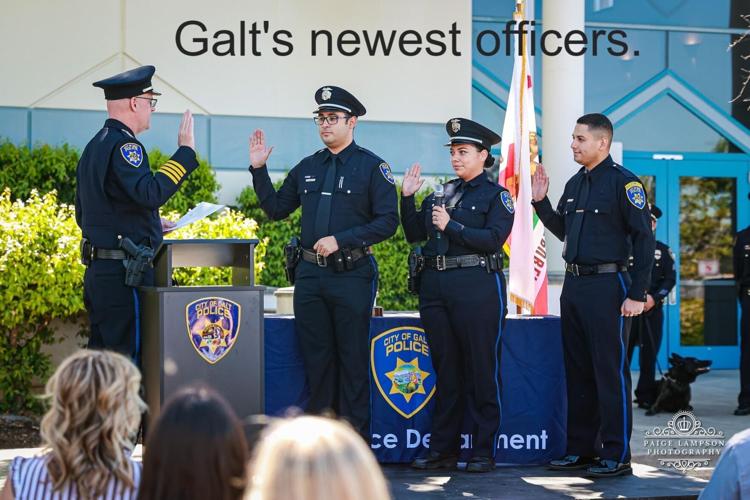 Sgt. Craig Walton holds a badge case, one of two retirement gifts he received at the Galt Police Department ceremony.

Those getting sworn in were officers Amanda Juarez and Garrick Jurado, and community service officer Saul “Alex” Gutierrez. Moving up in the organization are Richard Small, who has taken on the new position of captain, Lts. John Rocha and Brian Azevedo, and Sgts. Roderick Fisher and Kyle Slater.

With Slater’s promotion, his K-9, Copper, will retire after four years of service.

The new hires and promotees took the oath of office and had family or friends pin their badges in front of the Galt police headquarters. Chief of Police Brian Kalinowski spoke to the attendees.

He then brought Walton to the stage. While the agency normally recognizes retiring officers at its awards banquet, Kalinowski said, Walton’s deep ties to community members and organizations made it important to “pause and take a moment to honor Craig early on his departure from the city of Galt, and recognize him for his efforts for what has almost been the last 30 years.”

Walton’s three-decade career with the Galt police began in October 1993 when he joined as a dispatcher and community service officer. In September 1997, he became a sworn police officer, and in May 2006, he was promoted to sergeant.

Walton serves as a motor officer and “has always had a passion for traffic,” Kalinowski said. The sergeant also coordinates the Community Emergency Response Team, CERT; has extensive knowledge of the Emergency Operations Plan; and leads the agency’s event planning.

The chief presented Walton with two gifts from the department: a badge case and a cigar humidor, both constructed by officer Andrew Robison. The humidor bore an inscription thanking Walton for his service.

Kalinowski read from a letter Walton had written announcing his retirement, which became effective on Father’s Day, June 19.