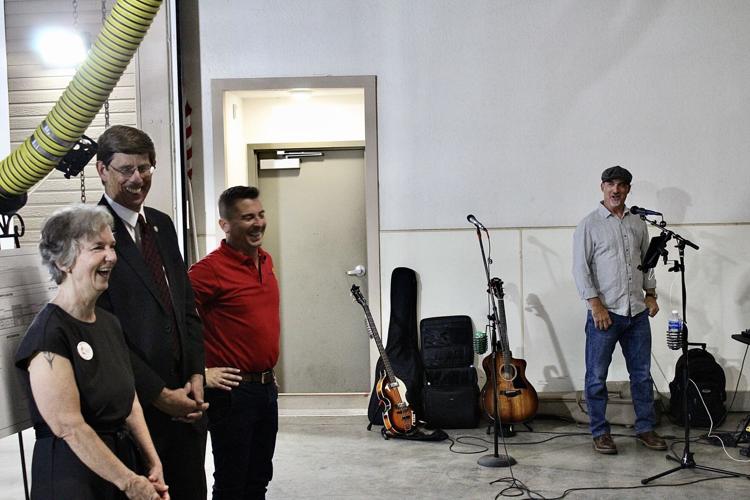 Sunshine Food Pantry has seen significant increases in the number of people it serves each month. View full-size chart 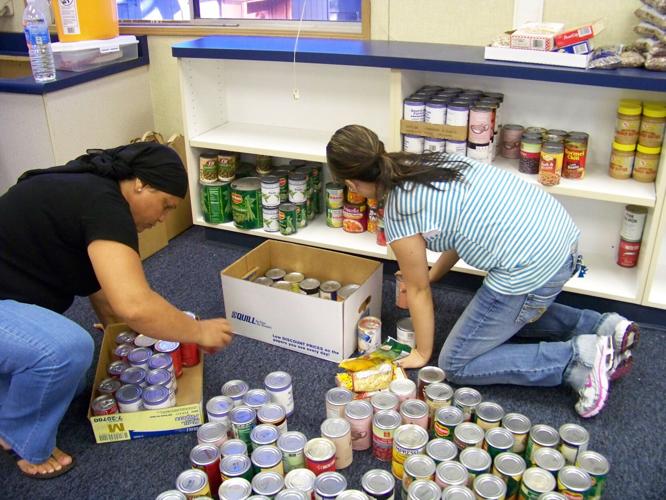 In this photo from 2009, Sunshine Closet volunteers set up the shelves at Fairsite Elementary and Early Learning Center. 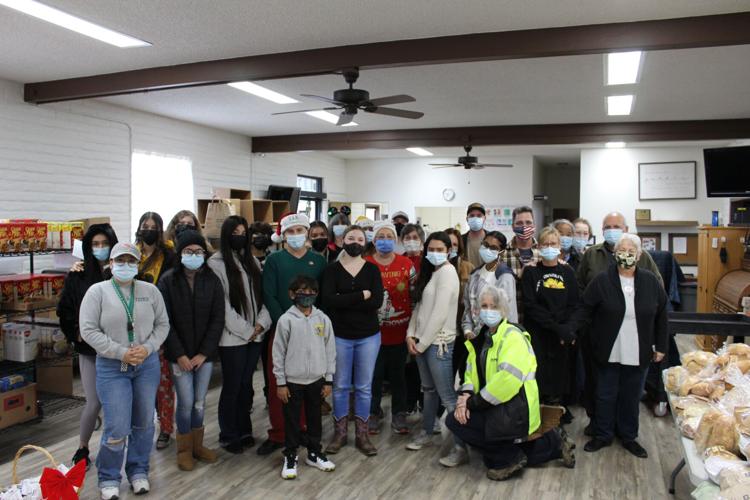 In this photo from 2009, Sunshine Closet volunteers set up the shelves at Fairsite Elementary and Early Learning Center.

Sunshine Food Pantry & Resource Center last week kicked off a drive to fund and build a new, larger home for its effort to feed the hungry with two events, first presenting at a Galt District Chamber of Commerce luncheon on Oct. 20 and the next day hosting a gathering for supporters at Cosumnes Fire Station 45.

The pantry says it has seen increasing need in recent years, with more people attending its twice-monthly food distributions. For example, according to figures that the pantry displayed, it served 488 people in January 2017; that number increased in 2019 and 2021 and reached nearly 1,800 in January 2022.

In order to accommodate these new visitors and the food needed to supply them, the pantry is proposing a new, 3,500-square-foot building to the north of its current base of operations, Galt United Methodist Church.

It has begun fundraising efforts in the community and recently got a boost when Sacramento County Supervisor Don Nottoli secured $200,000 in American Rescue Plan Act funds for the project.

Since the pandemic began, the pantry has conducted distributions in the church’s community space and stored much of its food in two small rooms on the property.

“You’ll see how we are busting out of our seams,” the Rev. Mary Maaga said at the chamber luncheon.

While the pantry officially distributes food on the second and fourth Thursdays of the month, it also gets food to people who need help before those dates arrive, said pantry director Faye Gaines. Gaines recalled a phone call she had had the day before the luncheon; the woman on the other end asked when the next distribution was.

“You can always tell in their voice when next Thursday’s not going to be soon enough,” Gaines said. “So I said, ‘Do you need food today?’

“She said, ‘I’m out of town and my husband called me, and they’re out of food, and we have three children.’

The pantry provided the family with potatoes, eggs, fresh fruit and other food to tide them over until the distribution.

“That’s what happens at this food pantry. We don’t turn anybody away,” Gaines said.

The pantry started in 2009 as the Sunshine Closet, based at Fairsite Elementary and Early Learning Center. It originally gave out only nonperishables; when it wanted to distribute fresh produce two years later, it needed to find a new location.

The Methodist church agreed to host the pantry, and it moved to the C Street building. In addition to the produce, the pantry also offers pastries, bread, butter and other foods that it either buys with monetary donations or receives from the Sacramento Food Bank and local churches.

Those who seek help from the pantry are largely seniors, the working poor and middle class families that can’t make ends meet.

“So we’re very blessed with what we have, and we’re very thankful for everything we have, but we have definitely outgrown this church, so we’re really rooting to get a new building,” Gaines said.

Maaga, Galt Methodist’s pastor, said the pantry fits with the United Methodist Church’s “brand” of “personal holiness but social transformation” by addressing food insecurity. She cited several statistics about the pantry and the financial state of Galt residents, saying 62% of Galt Joint Union Elementary School District students come from socioeconomically disadvantaged homes. She said that, in the past five years, the number of people served by the pantry has quadrupled.

David Herburger, the head of the committee organizing the building effort, appealed to the attendees at both events for ideas on how to integrate the pantry’s operations with the community, such as by diverting unused food from elementary schools to be given out at distributions.

“The notion is we’ll shake the tree, we’ll have some ideas we already know, but we’re going to get some good ones, and from that we can make the building next door better than the sum of its parts,” Herburger said.

Speaking at the supporter gathering on Oct. 21, Galt Sunrise Rotary President Mark King thanked Nottoli for getting ARPA money allocated for the new building, and presented the supervisor with an engraved brick that will be laid at the location.

To raise money for the effort, the pantry is selling more bricks like it, which donors can have engraved in the name of their family, a loved one or another person they want to recognize.