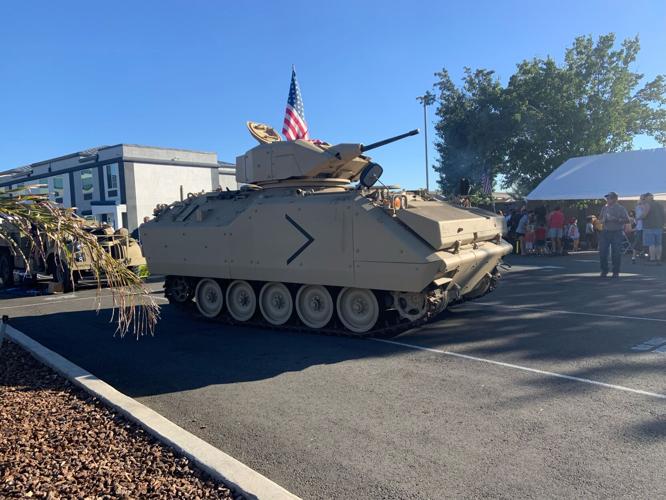 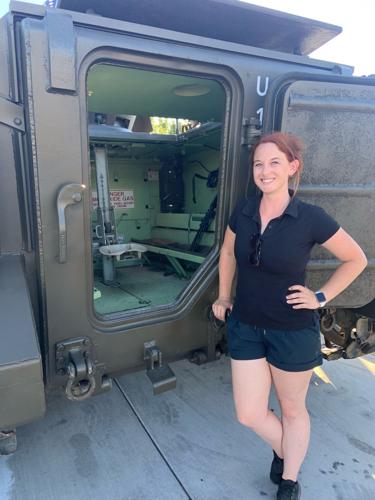 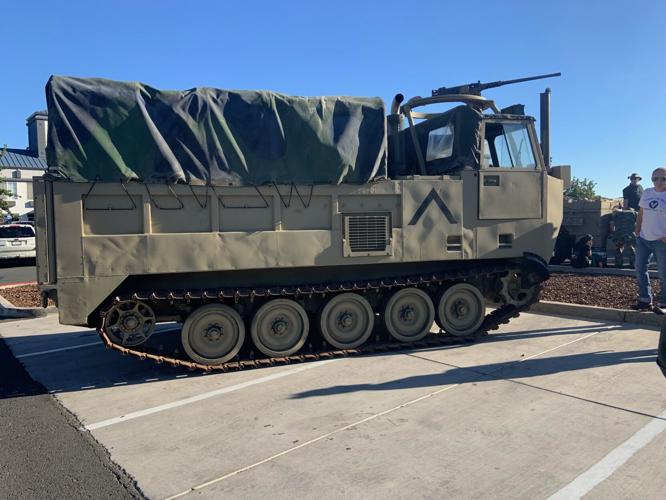 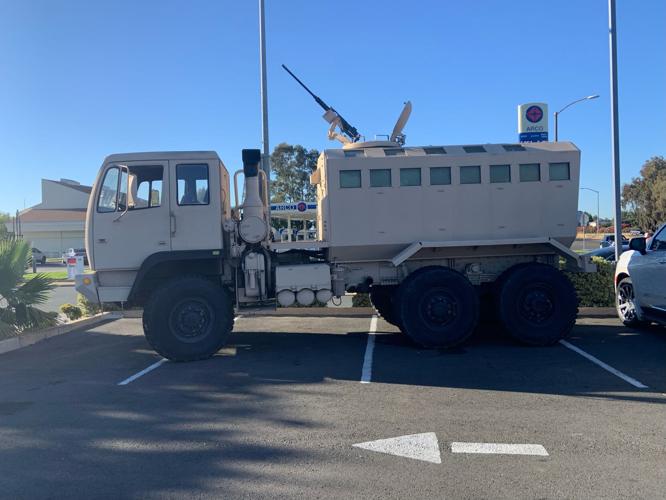 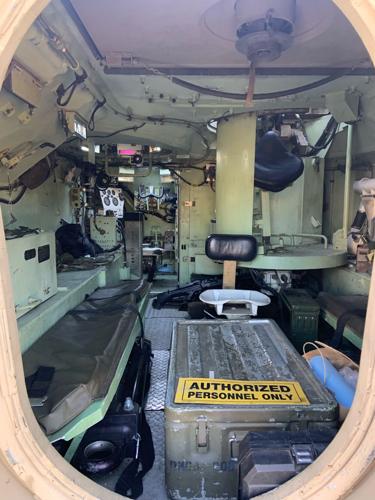 Vice Mayor Paul Sandhu and the Eagle Field Foundation held a community event with retired tanks and other military vehicles on July 1, just in time for the Fourth of July weekend celebrations.

The Eagle Field Foundation, a nonprofit, focuses on the preservation of history through preservation of military vehicles. It uses the history behind the vehicles to educate the public on American and world wars. It also gathers veteran stories for that purpose.

The military vehicles and tanks come from a long range of history: from all the way back in 1917 to the modern day. It can take as long as a few months to fully preserve a vehicle, depending on the condition it arrives in.

“We try to be as thorough as possible and as dedicated as possible to restoring the vehicles,” board member Anders Hudson said.

The foundation spreads its message through car shows, public outreach, and its first fully bilingual program. Before the COVID-19 pandemic, the foundation would hold up to 30 events per year, mostly in Santa Clara.

The foundation and the city of Galt have worked together since 2016, including the military vehicles in the Independence Day Celebration. After a three-year hiatus, mostly because of the pandemic, Galt City Council brought back the military vehicles to the community. The foundation works closely with Sandhu, as the yearly preview event is one way that Sandhu contributes to the community.

Sandhu told the Herald that his purpose is to bring the community together, by hosting the event and foundation members at his family’s hotel.

“We are very family-orientated,” Sandhu stated when asked what the special meaning for this event is. He emphasized that his goal is to get community members interacting with each other.

It takes about a week to organize all the details for the event, with lots of help from local businesses and organizations. River Rock Brewery, the Men’s Club, and Velvet Grill and Creamery all joined forces to provide food and drinks.

Dozens of people attended the celebration. The five military vehicles and tanks were the main attraction, and parents brought out their kids to touch and experience them. Arvind Mann brought out his kids for the first time to see the huge machines.

“They keep on gravitating to that one,” Mann said, referring to the ACAV, an armored personnel carrier.

For many attendees, it was their first time seeing military vehicles up close.

Sandhu had personally invited the board of the Barbara Payne Community Garden to attend. Board member Bronson Simunek came out to support the Sandhus.

For more information on the Eagle Field Foundation, visit its Instagram page, @eaglefieldfoundation.