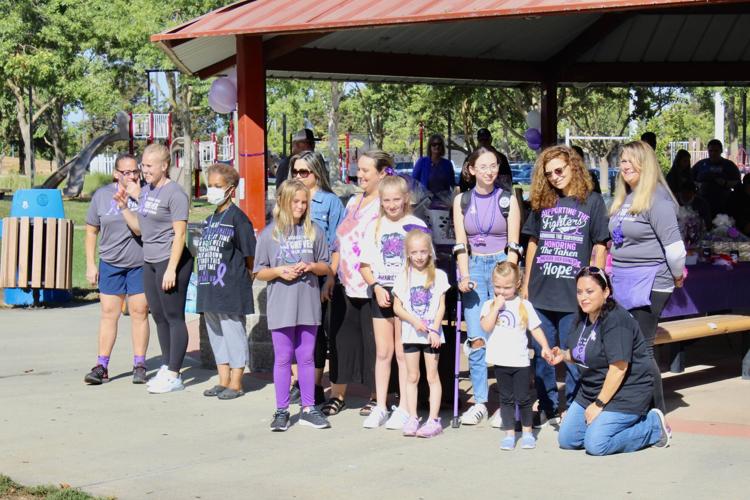 Attendees at the Conquer Chiari walk who have Chiari malformation pose for a photo. 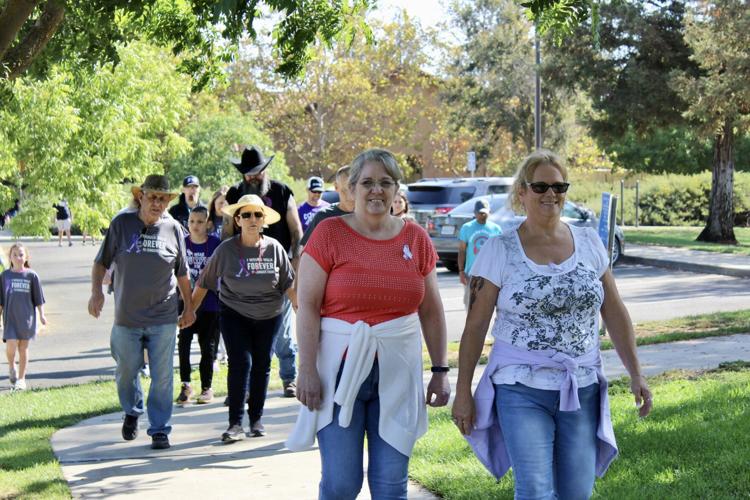 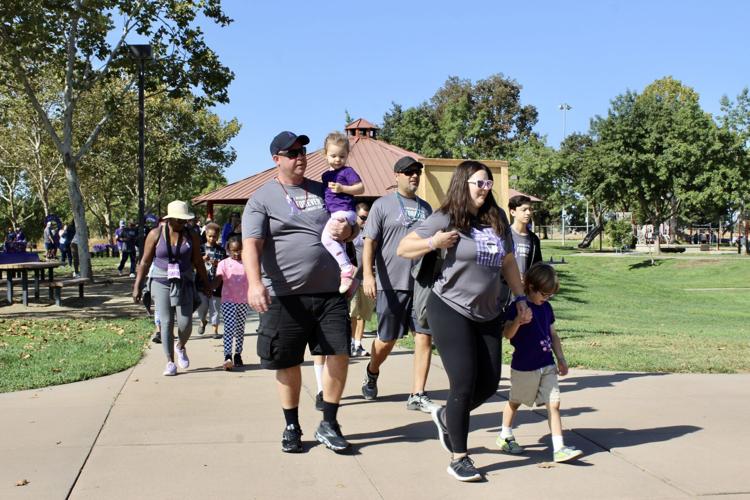 A group leads the walk around Galt Community Park. 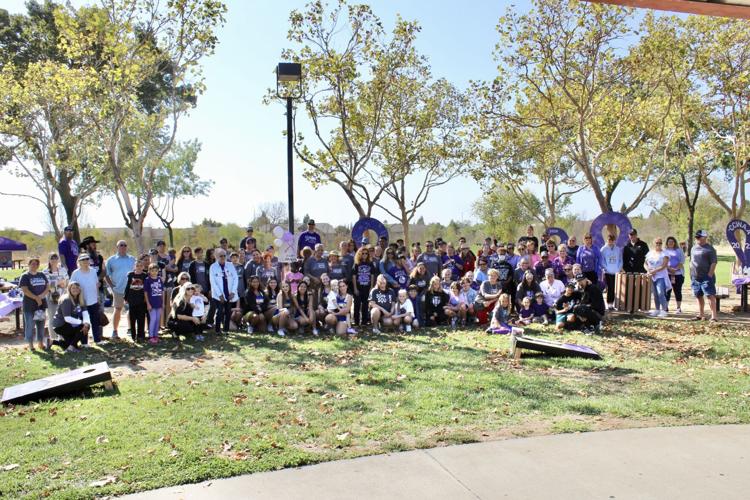 Walk attendees gather for a picture. 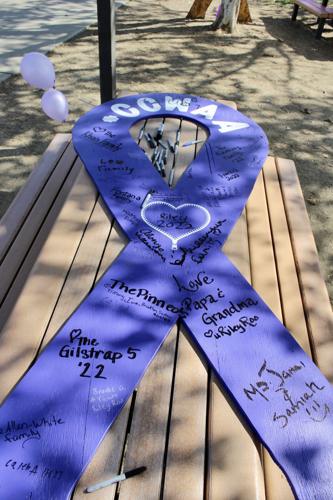 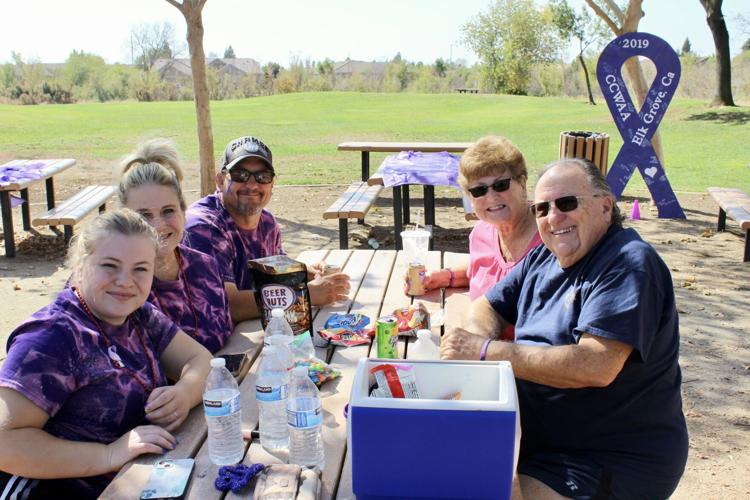 A group of participants have lunch after the Conquer Chiari walk. 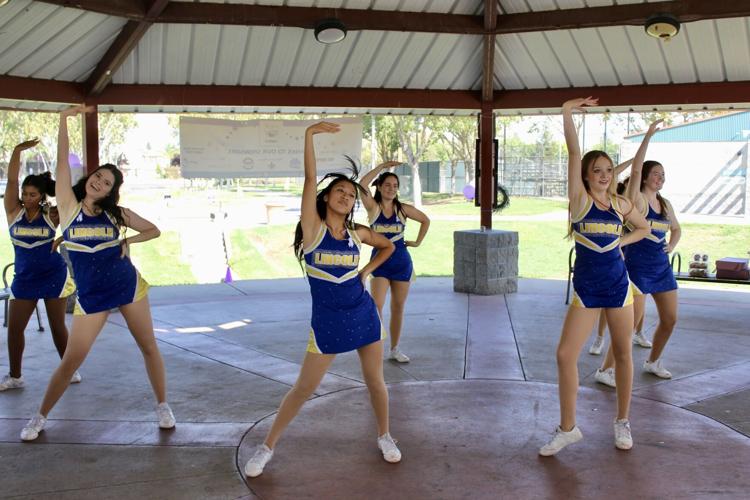 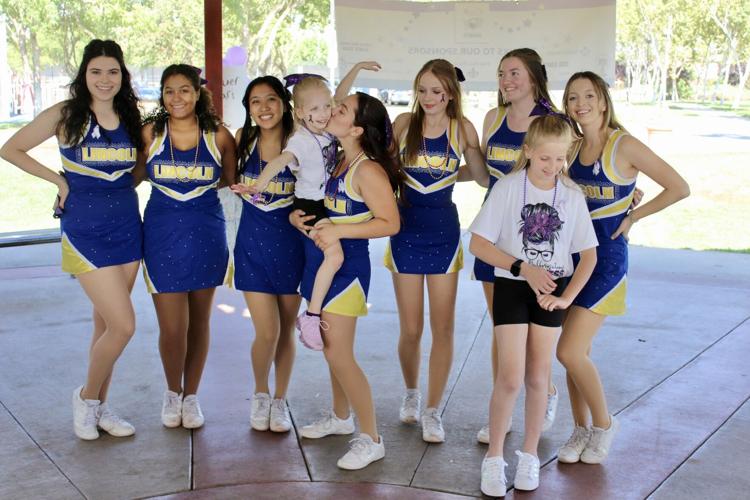 Attendees at the Conquer Chiari walk who have Chiari malformation pose for a photo.

A group leads the walk around Galt Community Park.

Walk attendees gather for a picture.

A group of participants have lunch after the Conquer Chiari walk.

For the second year on Sept. 17, a group held a walk at Galt Community Park to raise funds and awareness for a brain disorder.

The walk is part of the national initiative called Conquer Chiari Walk Across America, dedicated to fighting Chiari malformation. Chiari is a condition in which a part of the brain, the cerebellum, grows outside of the skull and puts pressure on the brain and the spinal cord. Symptoms can include severe headache, limb pain and weakness, balance problems, and difficulty speaking or swallowing.

Local walks were held in Sacramento and then Elk Grove for several years, but the organizers are based in Galt, so they moved it to this city last year.

Sunny Gilstrap, who has hosted the walk for six years, said she became involved in the effort after learning that her youngest daughter has Chiari. Gilstrap said her daughter’s pediatrician had previously seen only two cases, and it was ultimately up to Gilstrap to educate herself on the disorder. The family went to their first Conquer Chiari walk when the daughter was one and a half years old.

“I met so many people, and I got to see what this was about, and I saw how it impacted everyone,” Gilstrap said. “And it just helped our family, and I wanted to be a part of it.”

Though there is surgical treatment, Gilstrap said there is no cure, noting her daughter still experiences symptoms despite getting the surgery. The Conquer Chiari website says that, for unknown reasons, about 20% of patients get no relief from surgery.

Gilstrap said events like the walk help patients not only by funding research but also by drawing attention to a less-well-known condition.

“A lot of people don’t know about it (Chiari). We want to change that. Doctors don’t always know about it. That’s getting so much better, though, and I think things like this help that,” Gilstrap said.

At least a dozen people with Chiari attended the event along with family, friends and other supporters. Attendees were encouraged to wear bead necklaces in various colors to show their connection. Purple, the color of the Chiari ribbon, symbolized someone with the disorder; red, a family member; and gold, a friend. Other colors marked specific types of Chiari.

Participants signed a large Chiari-ribbon cutout, and several others from pervious years were propped up on trees. The symbol of a zipper appeared multiple times, representing the scar that surgery to treat Chiari leaves on the back of the neck.

The walkers traveled a route around Galt Community Park before settling in at the gazebo area for a raffle. Even before the raffle, Gilstrap said the event had raised $4,720 for research.

Gilstrap said the ability to come together with others who understand her family’s experience is “amazing.”