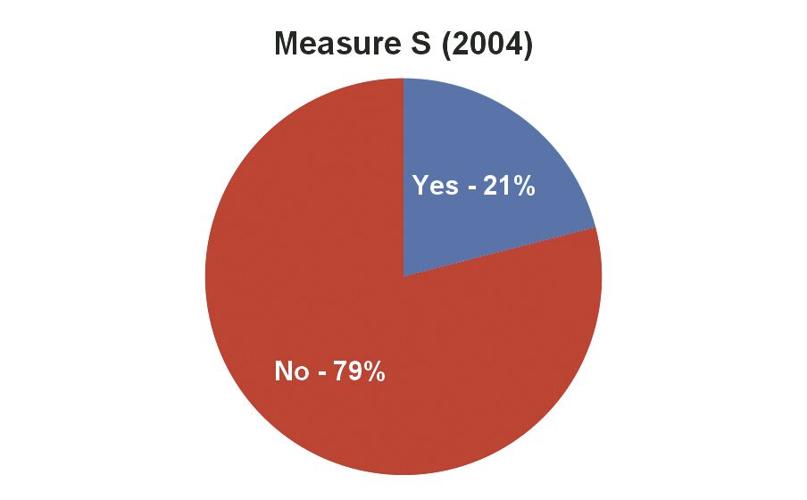 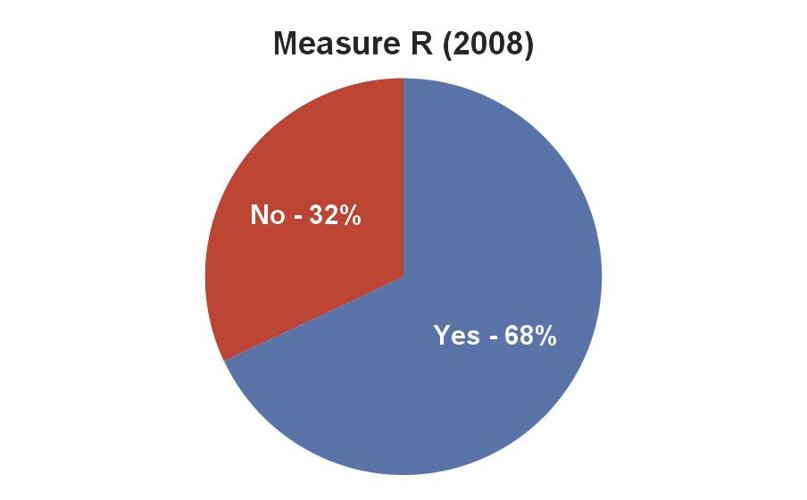 The election results for Galt’s two previous sales tax measures: Measure R passed with more than two-thirds of the vote in 2008.

The election results for Galt’s two previous sales tax measures: Measure R passed with more than two-thirds of the vote in 2008.

With Galt set to vote on a 1-cent general sales tax measure in the November general election, a look at the city’s past sales tax initiatives shows a mixed voting record.

In 2008, the city’s voters approved Measure R, which created a half-cent special sales tax that funds police department programs and positions. Even before the election, it had a largely positive reception both from City Council members and from members of the public.

But this support was a marked reversal from four years earlier. In 2004, a similar measure, which also proposed to fund law enforcement, but with a quarter-cent general sales tax, met with resounding defeat at the ballot box.

Council’s decision to put a 1-cent general sales tax on this year’s ballot is based on polling that showed comfortable majorities of likely Galt voters in support of a sales tax. However, a special tax, which is legally required to fund specified areas, needs a two-thirds majority to pass, and voter support appears to fall short of that threshold.

Instead, Council chose a general tax, which needs only a simple majority for passage. While council members have said they want the projected $3.6 million in yearly revenue to fund parks and recreation services, a general tax does not require that the money be spent in a particular way. To reassure voters, Council is considering a resolution declaring its intentions for the revenue.

The 2004 initiative, Measure S, was Galt’s first attempt to implement a sales tax after the 2003 passage of state legislation allowing California cities to levy local sales taxes independent of the county and state. The state law was meant to help cities raise money amid the state’s massive deficits.

When the City Council at the time considered the measure in June and July 2004, it chose to pursue a general tax because of the lower threshold for passage.

Then-Council Member Randy Shelton said he considered the tax a temporary solution to a long-term problem. He ultimately voted to put it on the ballot “for the voters to say what they want.” The three other council members who were present also voted to approve the measure.

Barbara Smith, then-chair of the Galt District Chamber of Commerce said her organization thought the measure would discourage new businesses and harm existing ones, though she acknowledged the need for increased police protection.

Council later chose to use its argument in favor of the measure, which was included in sample ballots, to note its intent to use the funds to hire new police officers.

Galt voters apparently were not convinced, with 79% voting no and only 21% voting yes.

When the topic of a tax to fund law enforcement came up again years later, in 2007, the city first gauged public sentiment with a survey and a series of community meetings. It modeled the proposal, ultimately called Measure R, after a successful tax measure in Merced. Conceived as a special tax, it originally was set at a quarter-cent.

In 2008, city staff and the police department said there was “overwhelming” support for the measure, which was by that point a half-cent tax.

When Council gave final consideration to the measure, it received multiple supportive comments, including from Galt police officers, a local mother and a former gang member who credited his reform to police-run antigang progams. The chamber of commerce also lent its support.

Several council members said it was an easy decision for them to vote to place Measure R on the ballot. Then-Council Member Darryl Clare said it would be a “no-brainer” for him to vote for the initiative that November. They placed the proposal on the ballot with a 5-0 vote.

Even with the higher threshold for passage, Measure R was approved by 68% of voters; 32% voted against.

The polling on the initiative facing Galt voters this year lies between the results for the previous measures. According to FM3 Research, 60% of Galt’s likely voters express at least some support for a 1-cent general sales tax, compared to 34% against.