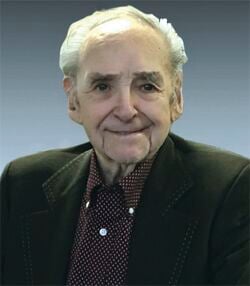 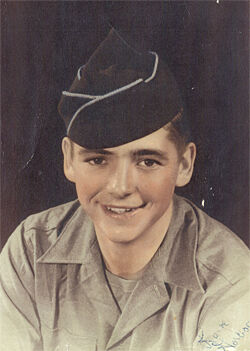 Gordon Williams, 95, passed away April 21, 2022 of natural causes. He was born in Oakland, California, and his family moved to Galt when he was an infant.

Gordon met the love of his life, Charlotte Boyd, at the Galt Pharmacy. The two were married in 1948 and celebrated 59 anniversaries before Charlotte's death in 2008.

Gordon and Charlotte made their home in Galt for approximately 30 years before spending 40 years in Lodi. While in Galt, Gordon was an active member of the community.

Charlotte and Gordon, along with a few other community members, founded the Galt Warriors Boosters Club in 1964. They built the original football stadium, adding fencing, lights and a Snack Shack as a first project and many more followed over the years. Gordon was a director in its founding year and was the club's second president in 1966. Gordon's son, John, followed as a Boosters president in 1985 and Dale in 1996.

Although Gordon did not attend Galt High School (left school after eighth grade to work in the fields), he was probably the school's No. 1 fan for many, many years. He was a fixture at Friday night football games home and away, dragging his wife and his three sons to games. He also attended basketball, baseball and softball games, always making himself known.

Gordon was also an excellent athlete in his own right, once getting invited to a St. Louis Cardinals training camp in 1950.

He played on many local baseball and softball teams and was considered one of the best to play at that time. He also played for the Coca-Cola team in two softball World Series in 1955 (Clearwater, Florida) and 1956 (Sacramento).

Gordon is also a Veteran, having served in the U.S. Army during World War II. He was honorably discharged in 1946.

Gordon and Charlotte were known as antique collectors, and the two spent many weekends antiquing and filling out one of the largest carnival glass collections in the world.

Besides being founding members of the Boosters Club, Gordon and Charlotte were a big part of Fourth of July festivities in Galt as members of the Dirty Thirties (Gordon) and the Flirty Girties (Charlotte).

Gordon owned his own drywall business for more than 50 years and his two eldest sons, Gordie and Dale, worked the business with him.

Gordon was always the life of any party with stories to recant and jokes to tell.

Graveside services will be held on Wednesday, April 27 at the Galt Cemetery at 11:00 a.m. Don Nottoli Jr. will officiate.