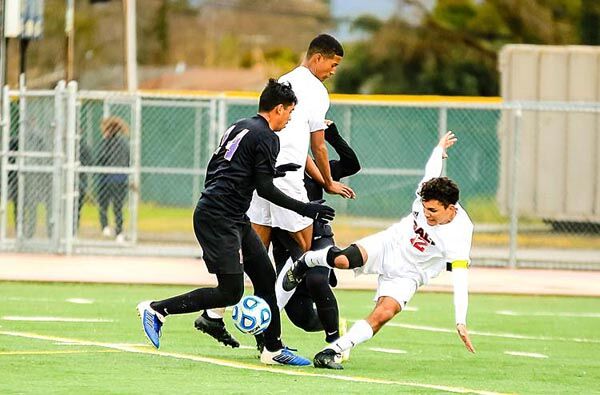 Arath Chavez, right, goes for the ball in March 2018 during the Warriors’ Sac-Joaquin Section Championship win over Livingston. 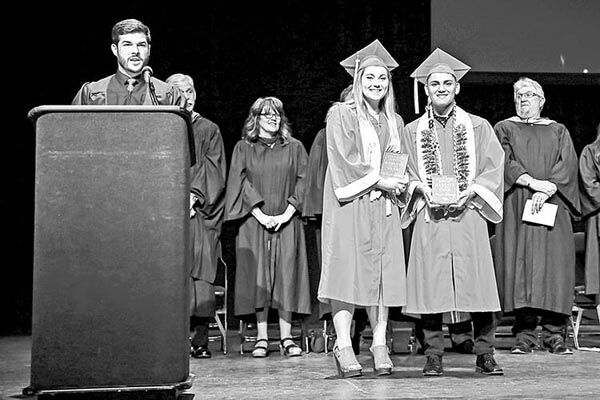 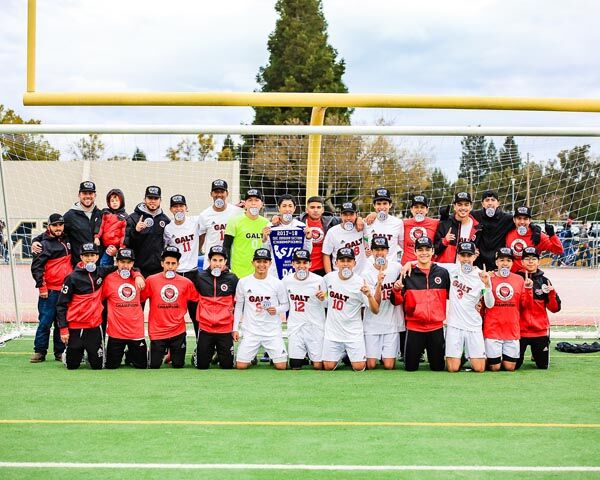 Arath Chavez, front row, seventh from the right, poses with his team after winning the 2018 SJS Championship.

Arath Chavez, right, goes for the ball in March 2018 during the Warriors’ Sac-Joaquin Section Championship win over Livingston.

Arath Chavez, front row, seventh from the right, poses with his team after winning the 2018 SJS Championship.

More than his skills on the soccer field, Arath Chavez had an infectious smile that was unmistakable to anyone who met him.

A son, a brother, a friend – Chavez was all of those and so much more in his short life and he had the potential to leave an even bigger impression in the world.

“He was the single most consistently joyful kid. He just operated out of a place that was so different from most people his age,” said Dane White, who coached Chavez on the Warriors’ varsity soccer team. “He had this wisdom. No matter what was going on in his life, he didn’t let them distract him from things. He played with joy.”

“As a person, Arath was like no other. Always upbeat and with a smile on his face. He found ways to put a smile on everyone’s face. He had a big heart and he shared it with everyone he came across,” Renteria said. “He was loved by so many and it is evident that the community of Galt is hurting with the loss of such a great young man.”

Chavez, whose efforts on the soccer field had resulted in a soccer scholarship to Sac State, played in 17 games for the Hornets in 2019-20 and scored two goals and had five assists, according to Sac State’s men’s soccer page.

Having redshirted his freshman year, Chavez was remembered by Hornet head coach Michael Linenberger for his personality and skill on the field.

“He was with us for two full years before COVID hit. We redshirted him his first year. He came in the start of his second year and he was fantastic. I think he was our third-leading goal scorer that year,” Linenberger said on Jan. 19. “He just had a tremendous year, major impact, and we were so happy with him. He was a fun player to watch, creative, an ability to dribble and make things happen. He was a real spark for us.”

Chavez’s impact was also quickly reflected in the massive support seen through his GoFundMe page, which was started by White for Chavez’s family to provide for his memorial.

In high school, Chavez had been an award-winning member of FFA and had a memorable part of the national championship-winning presentation.

“He was this kid who came from pretty humble beginnings. His native language is Spanish and he goes and wins a public speaking championship,” said White, who was also his agriculture teacher at Galt.

On the field with the Warriors, he was voted one of the top 150 soccer players in the state by TopDrawerSoccer.com in 2017 and was part of two Sac-Joaquin Section Championship teams.

He led the team in scoring with 28 goals his senior year and he also had 17 assists that year, the same year the Warriors won the league championship undefeated and beat Livingston for their second Section Championship in three years and third in four years.

A four-year varsity starter, he also led the team in his junior year with 18 goals and added 16 assists.

Possessing an innate ability to dodge opponents, then find a way to score or assist in a clutch situation, Chavez, who was the Warriors’ Male Athlete of the Year in 2018, became an immediate threat in games.

“Arath is one of the best players to have ever come through Galt High. He had unmatched skill and athletic ability. A born soccer player. We knew Arath could change a game in a split second. As leader, he was one that would show by example with his work ethic and words of encouragement. He never gave up, even when the odds were against us,” Renteria said.

On the soccer field, leadership and talent met in a successful formula for Chavez.

“He inspired those younger kids,” White said of Chavez and his teammates. “It was actually the times he was with his teammates are the ones that stand out to me. [Chavez’s teammate] Ethan Reece stood up and said ‘Arath, we always hear about those players coaches talk about, you are that player. We want to be like you,’” White recalled when asked about a favorite moment of Chavez’s soccer career. “That’s the most telling piece of this thing to me. I think Arath’s humanity undergirded all of that. His impact as a player was grounded.There was not an eye roll or an ounce of argument.”

For those who knew him, the memories of his desire to be there for his teammates and of course that smile remain bright.

“The physical gift was taken away but I’m so grateful that I had a chance to know him,” White said.