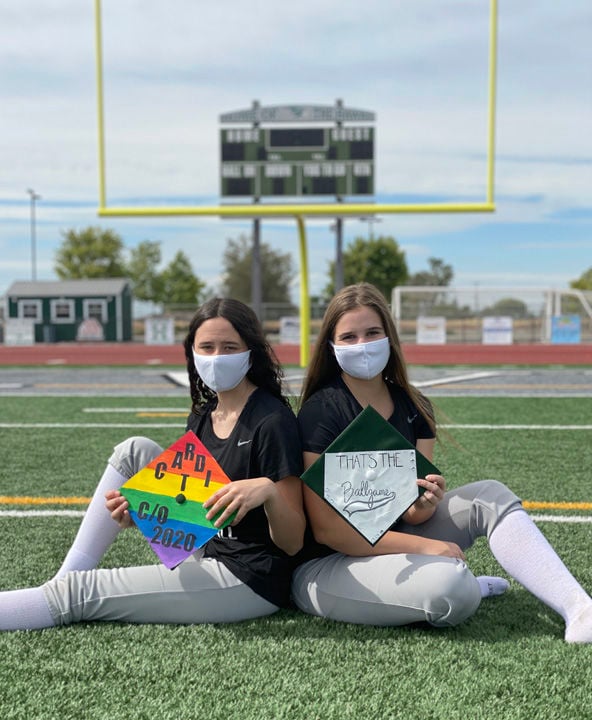 Tori Azevedo and Annabelle Buchanan were both seniors on the 2020 Hawks softball team. 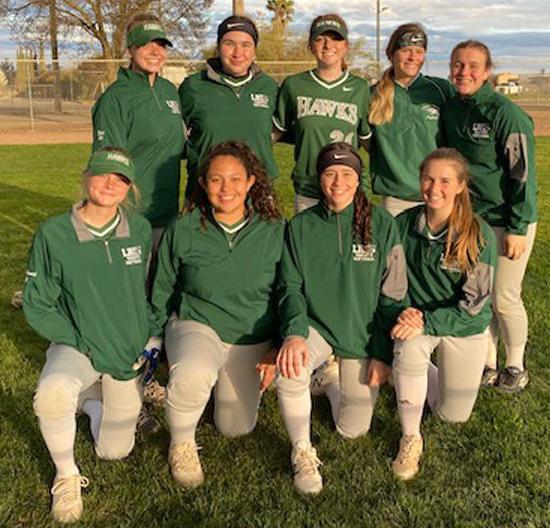 Members of the Liberty Ranch Hawks softball team are pictured earlier this year. The Hawks were able to play several games before the 2020 season was shut down due to the COVID-19 pandemic.

Tori Azevedo and Annabelle Buchanan were both seniors on the 2020 Hawks softball team.

Members of the Liberty Ranch Hawks softball team are pictured earlier this year. The Hawks were able to play several games before the 2020 season was shut down due to the COVID-19 pandemic.

The Liberty Ranch Hawks had just come off of their best varsity softball season in program history. This year was poised to be their year. Just six games into their season, however, COVID-19 hit and the day of their first Sierra Valley Conference game of the year, Rosemont High School called head coach Shauna Dalbianco and said that they wouldn’t be coming to their game after Sacramento County School District announced the shutdown of schools and all school-related activities due to the pandemic.

That announcement would turn into an eventual cancellation of the season as the pandemic continued through April and May and in turn ended any chance the Hawks had at making a pennant run.

“We actually had a game scheduled. We kept hearing other schools weren’t playing,” Dalbianco said of the day Liberty Ranch had been scheduled to play Rosemont. “Rosemont had called and said they weren’t coming. The first league game and it was shut down.”

The Hawks nearly reached the Sac-Joaquin Section Championship game last season and reached the fourth round of the playoffs, the furthest they’ve ever gone.

The energy and momentum seemed in place to surpass that accomplishment.

“We had a really good finish last year. We never expected to get that far. The downfall was that I lost 17 players last year so we had to rebuild this year,” Dalbianco said.

Among the returning players were their two seniors, Tori Azevedo and Anabelle Buchanan.

Both athletes were able to play just six games in their final year with the Hawks, a year they could have gone for history.

“Anabelle, she was one of our captains. She was just an easy, coachable kid, just a pleaser. She brought a lot of energy to the field,” Dalbianco said. “The energy that she brought to the field and just the way she cared about her teammates, she was definitely a good person to have out there.”

Buchanan had had one hit and three runs and was one of the Hawks’ main pitchers along with junior pitcher/first baseman Savannah Nava.

Azevedo had had five hits, four runs and two RBI as well as a .385 batting average in five games this year.

“Tori, she’s had so many injuries with basketball, she’s a good solid player. She was hitting good for us,” Dalbianco added.

The Hawks had two freshmen and three sophomores in addition to four juniors and Buchanan and Azevedo.

During the shutdown, players had the choice of working out on their own.

“I kept having conversations with the girls. They have questions, I have questions. Nobody knew what was going on really,” said Dalbianco of the initial weeks. It basically turned into ‘hey, girls, we’re not having a season.’ We kept in touch somewhat,” Dalbianco said. “My daughter who plays for a competitive softball team during the summer, she’s been really busy. I think girls that play on a competitive team, they have to keep working out.”

With the absence of a full season this year, the Hawks will hopefully have the chance to go for the SJS title next year, depending on school district rulings on the state of the coronavirus pandemic by then, if it still exists.

Until then, the defending Sierra Valley Conference Champions will keep their eye on next year.

“We were young and that the girls were working really hard,” Dalbianco said when asked what people can take away from this season. “The meat of our team was Presli (Kooyman) and Karli (Dalbianco), those two have been all-league since their freshman year. They’re captains this year. They missed out on a really pivotal year as well. Karli was leading in several categories and Presli was top 10 in the league in batting average. They were getting ready to have a great season. Anabelle was pitching for us and Savannah Nava was putting up some great numbers offensively and on the mound. We had some young players who were working really hard this year. We had two freshmen that basically were (a big part of) my outfield. They were doing great. They knew I graduated all my outfielders last year,” Dalbianco said.