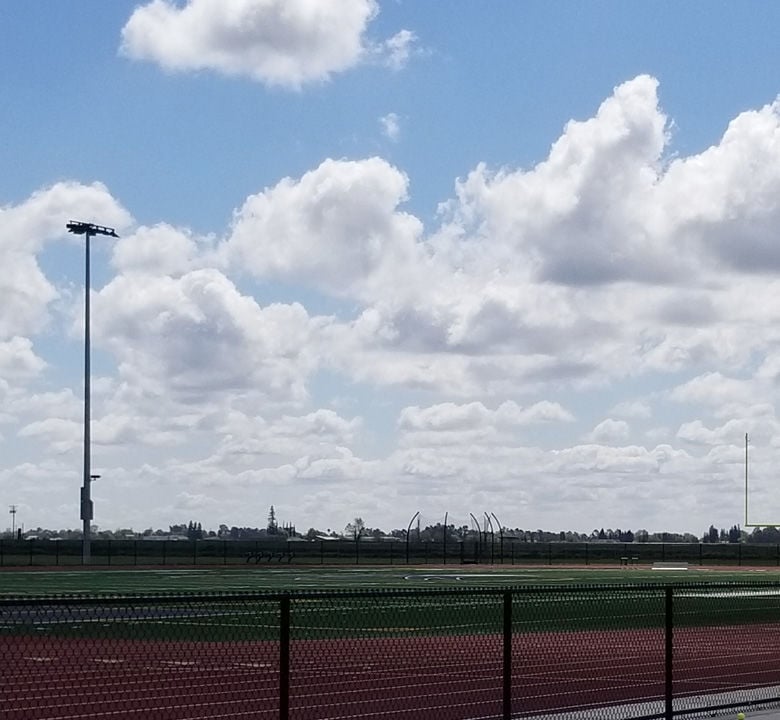 The Hawks’ track and field team hosted Calaveras and had been scheduled to host three more dual meets this year. 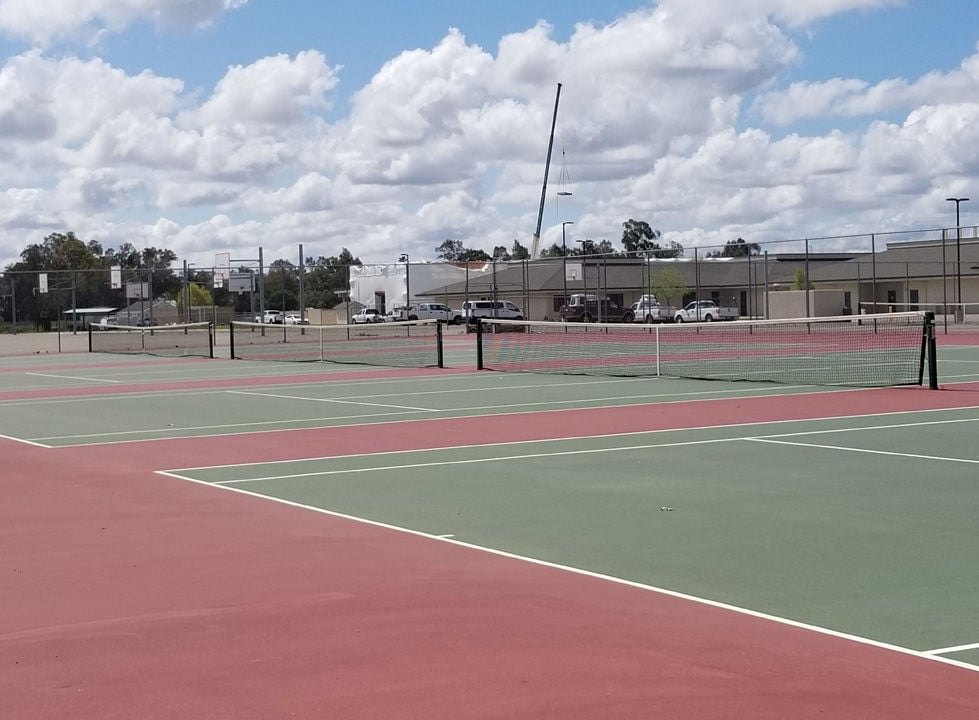 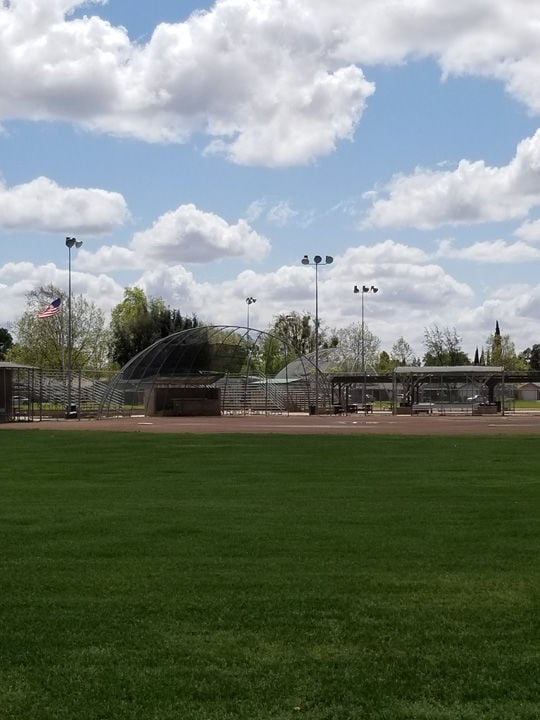 Galt Softball Complex usually hosts both Liberty Ranch and Galt softball but has been empty this month instead. 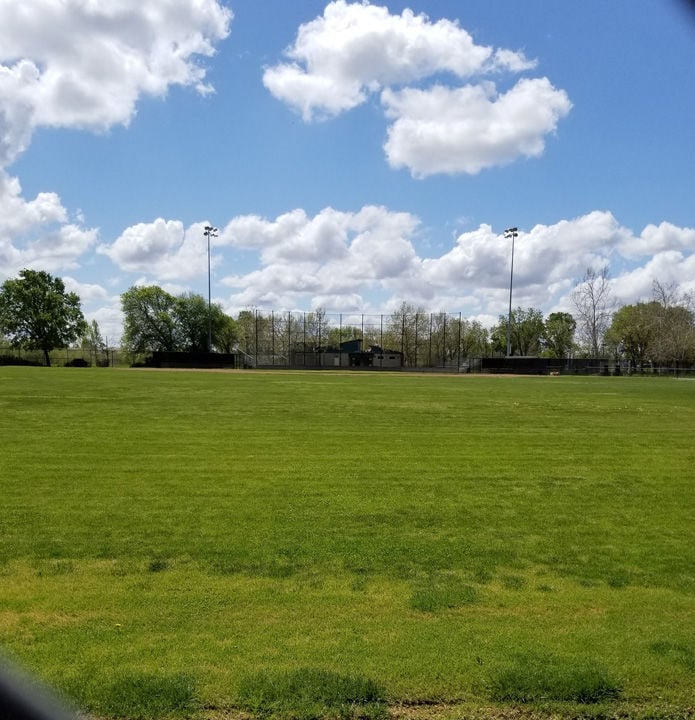 Galt Community Park, home of the Hawks, had been scheduled to host the Galt-Liberty Ranch Easter Tournament this week.

The Hawks’ track and field team hosted Calaveras and had been scheduled to host three more dual meets this year.

Galt Softball Complex usually hosts both Liberty Ranch and Galt softball but has been empty this month instead.

Galt Community Park, home of the Hawks, had been scheduled to host the Galt-Liberty Ranch Easter Tournament this week.

With several athletes on track to have a memorable postseason and its biggest roster in years, the Galt Warrior track and field program seemed destined for a solid 2020 season.

On Friday, April 3, with the threat of COVID-19 still present, the Warriors, along with the Liberty Ranch Hawks and other teams’ season was cancelled after word from school district and the CIF, who cancelled all section, regional and state championships for spring sports.

“This is the biggest Galt team in years. [The COVID-19 situation’s effects causing cancellations] is extremely disappointing,” Galt track and field head coach Neil Martin said on April 6. “We were notified Friday that spring sports were cancelled.”

With their 4x100 men’s relay team being “probably one of the fastest Galt High has ever had,” Martin understood and supported the cancellation but also took time to ponder what could have been.

When asked if there were any athletes or events the Warriors could have competed in the postseason with, Martin mentioned several.

“Ethan Dewit was really ready to set some great records. Sabrina Welch is an incredible hurdler and it’s disappointing not to see her compete. It’s disappointing but it’s a rough time for everyone,” Martin acknowledged.

He also mentioned that Dewit, Kenny Tran, brothers Sebastian and Isaac Madrigal and Levi Humphrys were all athletes that took turns practicing the 4x100 relay this year.

The Warriors had over 80 student-athletes on their roster, far surpassing recent seasons, which had seen low numbers despite having talented athletes among those numbers.

Galt never had the chance to compete, as their first meet was set to take place March 18 at home against Bradshaw Christian, which also would have been their league opener.

“We had a lot of freshmen this year with really positive attitudes; obviously they’re sad,” Martin said.

The Warriors’ golf team had three returning golfers this season, including their only senior, Vincent Grieco.

After learning that schools were shifting to distance learning for the rest of the school year, Warrior golf coach Dave Simperman told his team with a heavy heart.

“Once the teachers heard about our ‘stand down’, we weren’t able to come to work, let alone meet with the team to practice; we were disappointed,” Simperman said of the initial shutdown of schools in March, “anxiously waiting for things to get better, hopefully having at least a chance to save the season, maybe even play the second half. But sadly, when the hammer dropped from the Governor and our superintendent last week notifying the teachers of no school the rest of the year, it also meant no season; I had to tell the kids.”

“Based on the recent statements issued by Governor Newsom and State Superintendent of Public Instruction Tony Thurmond regarding schools turning to distance learning for the remainder of the 2019-20 school year, the California Interscholastic Federation (CIF) does not see an avenue for the spring sports season to continue,” CIF Executive Director Ron Nocetti said in the CIF’s April 3 media release. “As such, in consultation today with the 10 Section Commissioners, the decision has been made to cancel the spring section, regional and state championship events.”

“We understand this is disappointing for everyone involved in education-based athletics and empathize with our student-athletes and all who are impacted by the COVID-19 outbreak. As always, our top priority is everyone’s ongoing health and safety during this challenging time, and we all look forward to the day when education-based athletics resumes,” Nocetti concluded in the media release.