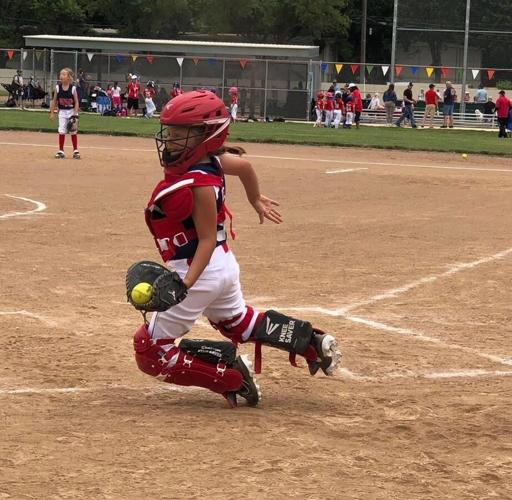 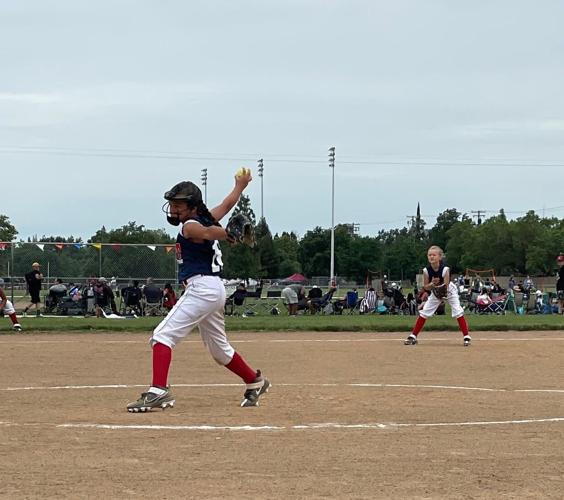 Alexa Diggle pitches in the 8U All-Star Tournament. 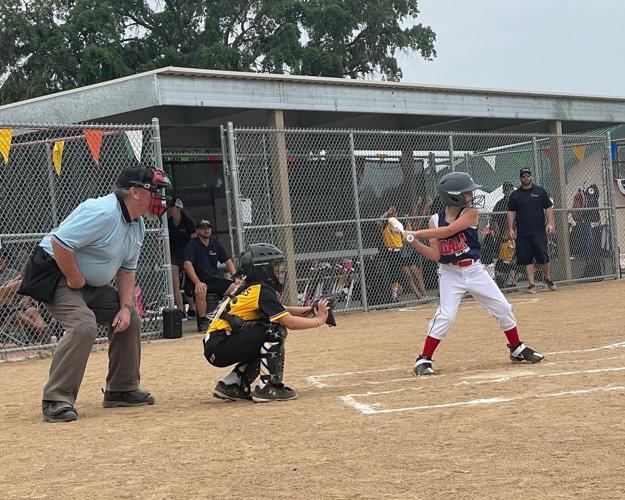 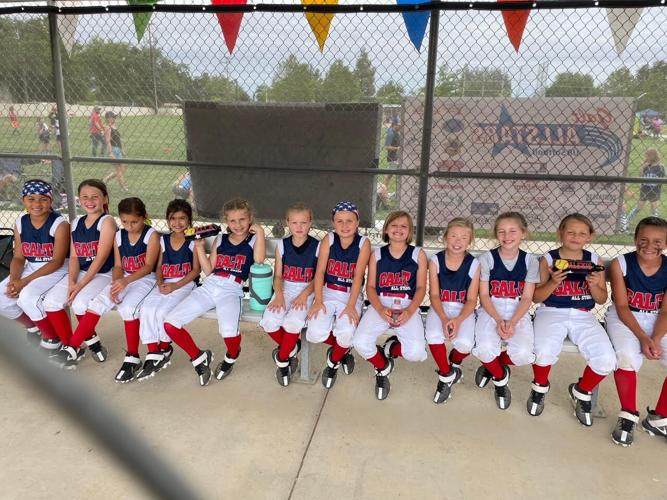 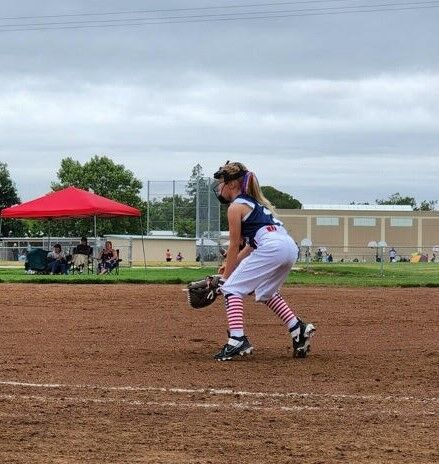 Dahlyla Jackson looking for a ball at first base.

Alexa Diggle pitches in the 8U All-Star Tournament.

Dahlyla Jackson looking for a ball at first base.

The Galt Youth Baseball and Softball (GYB) 8U girls All-Stars faced 20 teams from Northern California in their first tournament ever. The Stars of Cordova Tournament was held June 4-5.

Galt All-Star softball won both their games on Saturday, defeating Five Cities 3-0 and Cordova Fury 2-1. They won two more games on Sunday, defeating American River 4-0 and Foothill 6-2, to put them in the semi-finals.

Galt lost in the semi-finals to Five Cities 8-3 and tied with Rocklin for third place.

Alex Diggle pitched a total of nine innings throughout the five games with 19 strikeouts. Dahlyla Jackson pitched a total of eight innings throughout four games with seven strikeouts. Alexis Lock caught all of the 17 innings played. Top three batting averages Alex Diggle went 7 for 8, Alexis Saldana 7 for 9, and Dahlyla Jackson went 6 for 9. The team manager is David Jackson II, and the coaches are Bredon Diggle, Kris Lock and Katelyn Drummond.

Galt plays again in the Sacramento Association Tournament in North Sacramento on June 24-26.