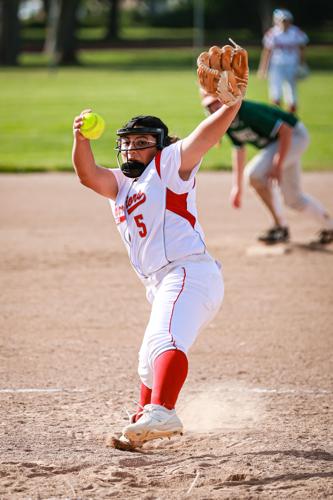 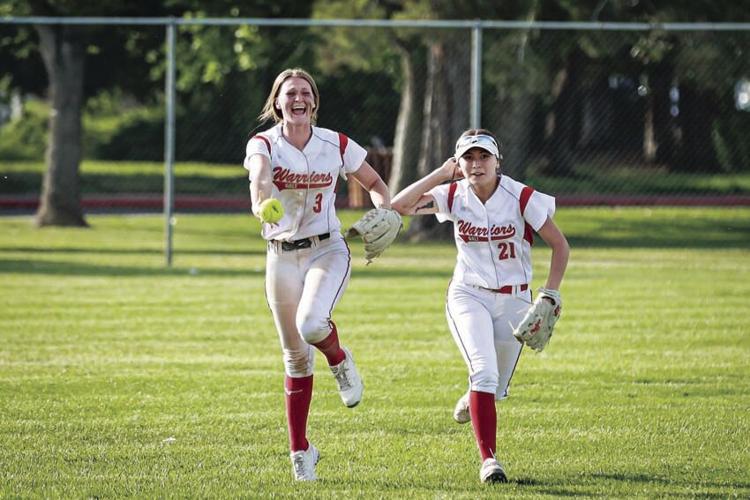 Alyssa Hardwick shows off the ball she caught to end the game with Neveah Pate in tow. 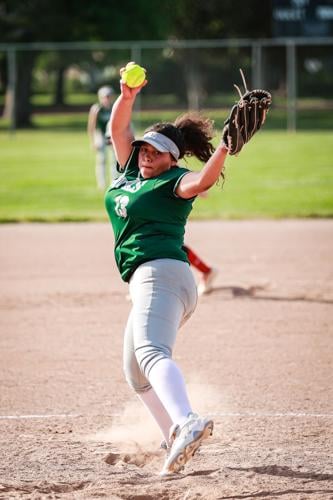 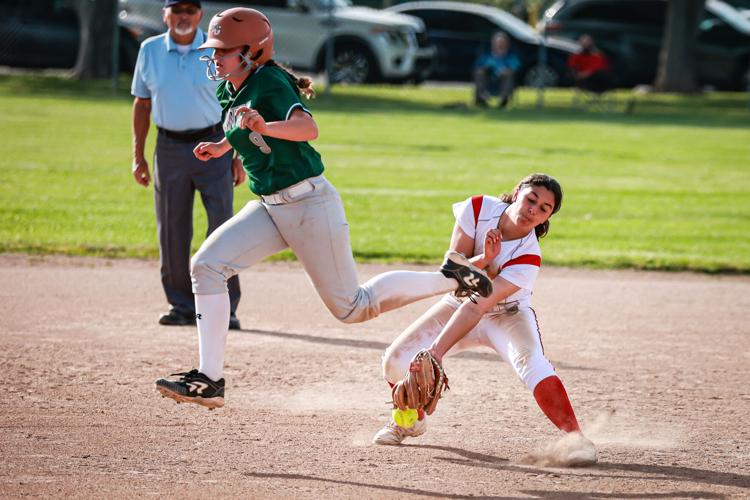 The Warriors' Sam Graham tries to field a ball and dodge Hawk runner Gracyn Graviette at the same time. 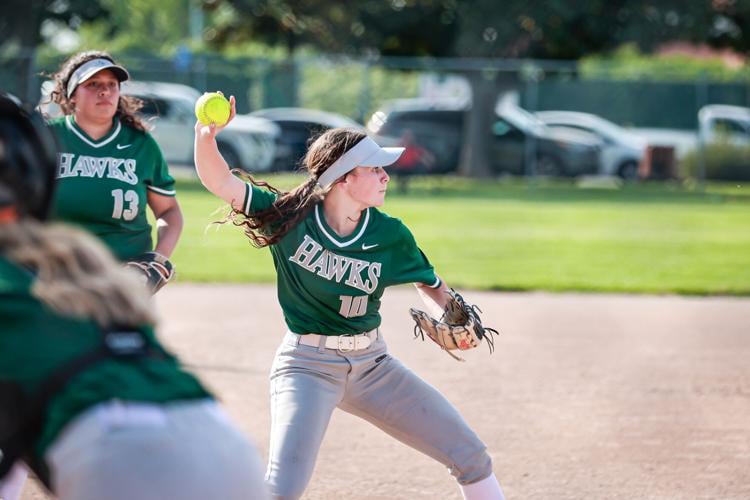 Alyssa Hardwick shows off the ball she caught to end the game with Neveah Pate in tow.

The Warriors' Sam Graham tries to field a ball and dodge Hawk runner Gracyn Graviette at the same time.

The Warriors came to play the Hawks last week knowing they were the only team in their league that had a chance to beat them. They had played them once already this season and lost a nail biter 4-3.

The Hawks are ranked number one in league and have won every other league game by seven runs or more, except for Galt. The Herald predicted last week that if anyone had a chance to capture the Hawks, it was the Warriors.

Liberty Ranch played well, but the Galt High ladies played aggressively with almost no errors, and dominated and never let up. As Alyssa Hardwick caught that last fly ball, the celebration started, history was made as it has been at least a decade since the Warriors have beat the Hawks, if at all.

An overjoyed, teary eyed head coach Mikka Alvarez knew her team had it in them.

“I knew they could play like this the whole time, I am so proud of them,” said Alvarez. “Our strategy coming into this was just to play our game. I know they all have big bats, and I know we can have a solid defense. When it is all hitting on the same day, we are unstoppable. I knew they could do it; everyone played their position well and had a great game.”

The Warriors scored one run in inning one and another in inning two. Liberty was not able to score a run till the sixth inning, but Galt answered with two runs in the bottom of the sixth, and after Liberty was unable to score at the top of the seventh off pitcher Paris Alcaraz, the game was over.

Alyssa Hardwick and Nevaeh Pate each scored one run and Makayla Casjens scored two. Hardwick also had two RBI with Quinlynn Keller and Pate each grabbing one.

The Hawks are still ranked first in league with 7 wins and 1 loss.

Liberty Head Coach Vince Bunac is looking toward the third game in the series.

“Actually, that team over there is pretty good,” said Bunac. “Their pitcher kept us off balance. You can’t win games by scoring one run. To me, it’s like a shutout because our team is a great hitting team. We will go back to the drawing board, but one game does not define us. I am sure they know we will be back, and let’s hope for another great game.”

The crosstown teams will face off one more time May 3.