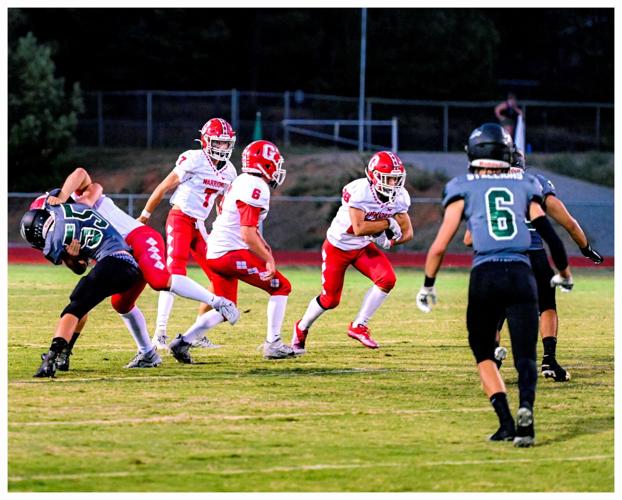 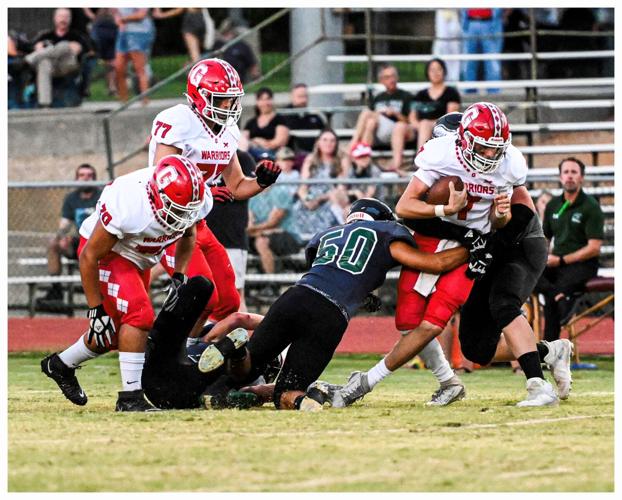 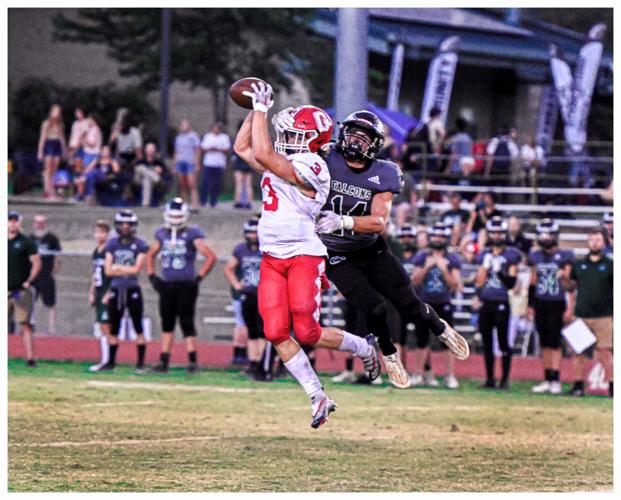 Kayson Jones catches the ball while a Colfax player hangs onto his helmet. 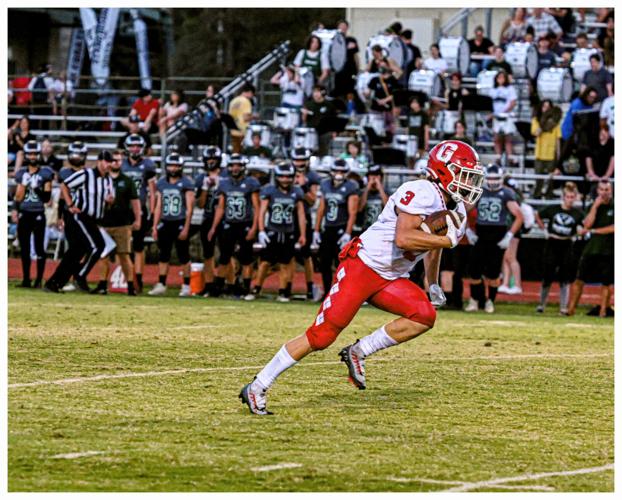 Kayson Jones runs for a touchdown.

Kayson Jones catches the ball while a Colfax player hangs onto his helmet.

Kayson Jones runs for a touchdown.

Things did not go well for the Warriors on the road at Colfax Friday night. In fact, the very first play when Colfax kicked off to the Warriors was bumbled by Galt’s special teams and Colfax took possession at Galt’s 36-yard line.

Galt lost 13-54 and was only able to score in the first and last quarters.

Auburn Journal sports editor Jordan Georgeson stated that Colfax led 27-6 after the first quarter even though they only ran four offensive plays.

Kayson Jones had a good game, however, and scored on a 65-yard pass from Cole Erman. Jones had a total of 135 receiving yards, the most of any Warrior that night.

Quarterback Cole Erman passed for a total of 189 yards and rushed for 24 yards himself.

Tyler Zulim had 40 yards receiving and made the final score on a 16-yard pass from Erman. Brenden Lane and Russell Brown each had 21 total yards.

Sports editor Georgeson posted updates on social media. “Galt gets a touchdown to make it 54-13 and immediately gets an unsportsmanlike conduct penalty,” Tweeted Georgeson; “105 yards of unsportsmanlike or personal fouls on the Warriors in the second half.

Head Coach Mervin Brookins has some preparation to make in the coming weeks. “I didn’t have the boys prepared for the game,” said Brookins. “Colfax had a great game plan and executed very well. We are going to reevaluate over the bye and prepare for Hiram Johnson.”

The Warriors have a bye this coming Friday and play Hiram Johnson on Sept. 17.