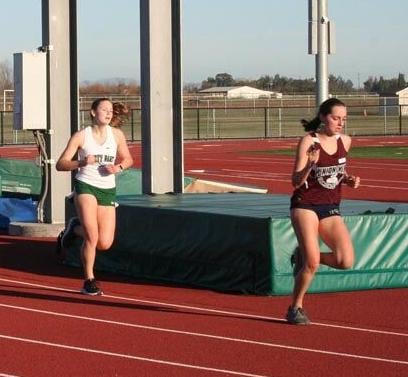 Maryn Rogers was the Hawks’ top finisher in the varsity girls’ race against Union Mine. 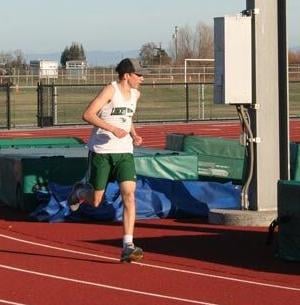 Cyrus Walker of the Hawks placed second in the varsity boys’ race.

Maryn Rogers was the Hawks’ top finisher in the varsity girls’ race against Union Mine.

Cyrus Walker of the Hawks placed second in the varsity boys’ race.

In the second race of the year, the Liberty Ranch Hawks hosted Union Mine and saw some runners lower their times from their previous meet against Bradshaw Christian.

Maryn Rogers of the Hawks placed second in the varsity girls’ race with her time of 20:20.

Hawk head coach Brian Robinson noted that the Hawks had a new runner compete for the first time and was happy to see multiple runners’ times improve.

“I was really happy with our girl (Rogers), she almost caught up to Union Mine’s girl (Jessica Sime, who won in 20:18),” Robinson said. “We had a new girl, a senior, who ran only four days of practice who finished eighth out of 12 in her first race, Carlie McCormick. Also, Xianna improved by a minute and Itzel improved by almost a minute.”

Robinson also noted the amount of competition from Union Mine helped to challenge the Hawks to lower their times.

“Cole and Raghav both came down almost two minutes. Last week, we were racing BC, and they had nobody to pace our guys.”

With the Hawks’ home meets taking place on campus this year, their team training has largely taken place on flat land as well.

“This year it’s hit or miss with driving to the hilly areas,” Robinson said.

However, the Hawks expect a win this week when they compete in the all-city battle against Galt Wednesday at 4 p.m. due to the Warriors’ tiny roster.

“I don’t think we’re going to have any problem with Galt,” Robinson said.