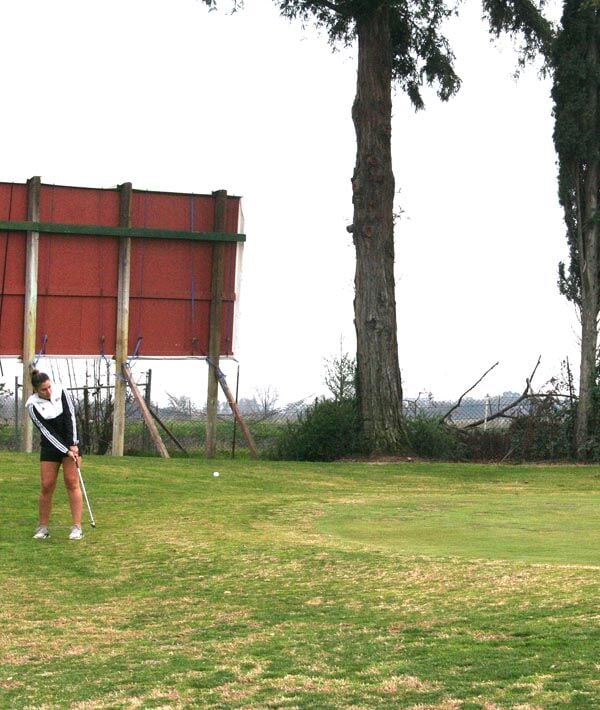 The Warriors work to get on the green. 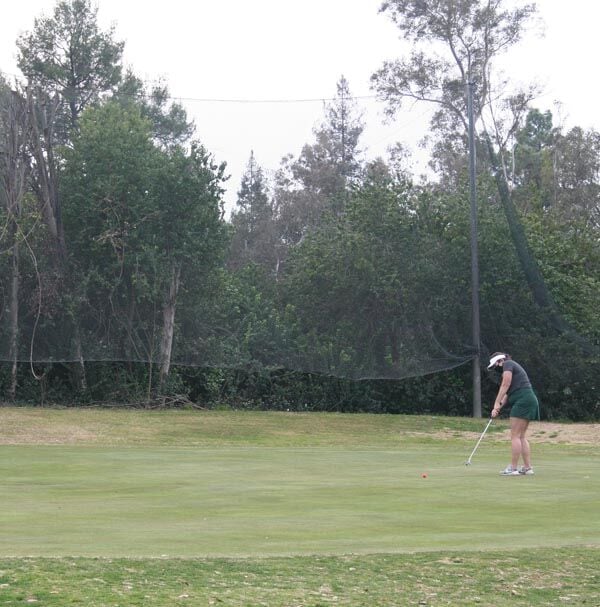 The Hawks play their second match of the season today.

The Warriors work to get on the green.

The Hawks play their second match of the season today.

After going through an uncertain period the last seven months of not knowing when or if they’d play, the Galt Warriors and Liberty Ranch Hawks faced off at Dry Creek Golf Course in the first sporting event for both schools this school year.

The Hawks won 298-336 in the Feb. 8 all-city matchup, which was the first of two this week for Liberty Ranch, but for both teams, just playing a match was a small victory in itself.

“They’re happy to be here,” Hawk girls and boys golf coach Mike Turpin said. “Everything’s unpredictable; we didn’t know what was going to happen. Basically, this golf season and the way it all unfolded was last minute.”

Genevieve Akers of the Hawks led all golfers with her score of 49, and teammate Ashlin McCormick earned the second lowest score of the day with 53. The Warriors were led by Katrina Welch, who scored 56 points and Raina Saldivar, who scored 61.

The two programs hadn’t expected to play for awhile, not only due to the changing rulings by both the county and state on when youth sports can start up, but also due to the fact that boys golf was speculated at one point as a sport that would play immediately instead of girls golf, said Turpin.

The short time that local schools were given to plan their seasons, in addition to several schools not playing this season, has resulted in an abbreviated golf season for both the Warriors and Hawks.

Bradshaw Christian doesn’t have a girls golf team, while Rosemont is not playing this year; as a result, both schools will play just a handful of games. The CIF is not holding a postseason this year for the first season of sports to ensure as many league games are able to be held as possible.

Although the season is drastically different than last years’ when both teams had players in the postseason, players expressed appreciation for being able to get out on the golf course for the first official golf game in about a year.

“It’s nice just to be out here,” the Warriors’ Raina Saldivar said afterward. When asked about how the pandemic has affected sports, Salidvar replied that “to have sports taken away, it’s the main drive for a lot of people.”

“It’s hard because I kind of live off of sports. I do golf, track, soccer and swim, but I motivated myself to start working out every morning and every night so that’s kind of helped me. I was so happy to get back in some sort of groove, even though it’s a slow start,” Welch said.

The Hawks play their second match today at Dry Creek against El Dorado.