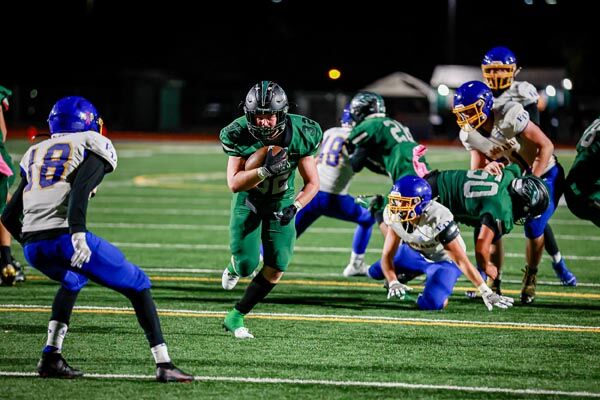 Gavin O’brien runs one into the end zone during Friday’s game against El Dorado. 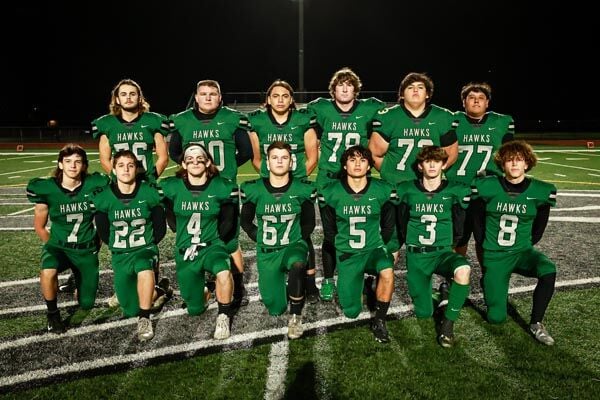 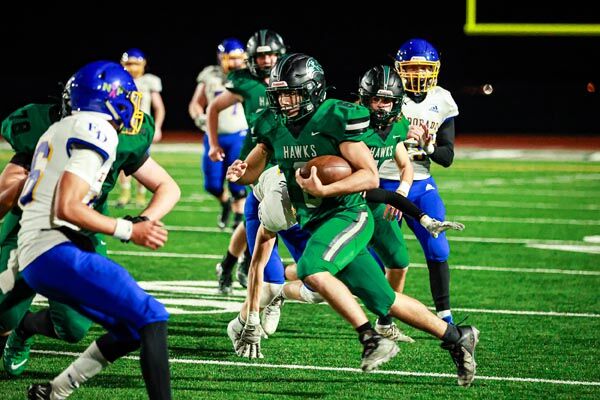 Arthur Draeger looks for some yardage against El Dorado Friday.

Gavin O’brien runs one into the end zone during Friday’s game against El Dorado.

Arthur Draeger looks for some yardage against El Dorado Friday.

Liberty Ranch football faced off against El Dorado last Friday night at home. The Hawks dominated the whole game, and this win secured their place in the playoffs.

“It was a very solid win,” said Linebaugh.

“I am very proud of our team and their desire to get better each week. Also, it was extra special for our seniors since it was their senior night.”

The scoring started quickly for the Hawks when Arthur Draeger broke through the Cougar line and ran for the first touchdown.

The score was Liberty 7, El Dorado 0 at the end of the first quarter.

Quarterback Logan McCreery made good on a pass to Armando Tapia, and Tapia scored again for the Hawks, 14-0 with 10:49 left in the half.

El Dorado tried to score but was once again stopped by the Hawk defense. The Cougars punted and it bounced back to their 45-yard line with six minutes left in the half.

After a long drive, Draeger once again found the end zone with 41 seconds left in the half, and the Hawks ran off the field with a score of 21-0.

During the third quarter, the Cougars were trying to get to the end zone when Brody Budesilich recovered a fumble and Draeger ran it in for another touchdown and the score was Hawks 28, Cougars 0.

El Dorado was finally able to score in the fourth quarter and with the extra point moved the score to 29-7.

Liberty offense had possession of the ball when a third and long was intercepted and a penalty against Liberty moved El Dorado close enough to score again. The score was Liberty 28, El Dorado 14 with 10 minutes left in the game.

Kinyaa’aanii Nuno had the best defensive game of his career.

“It was the best game I ever played, and it wasn’t easy to keep them contained,” said Nuno.

“You know a game like that doesn’t happen without the D line. The D line takes up all the blocks and they made the linebacker’s job and everyone else’s job a lot easier. So, I just want to give a shout out to the defensive linemen because they don’t get a lot of praise and they get double teamed. I know it might not seem fun for them but they’re doing a lot for the team to help us get that win.”

The Hawks will play against Galt this Friday at Warrior Stadium in the Dairy Bowl.