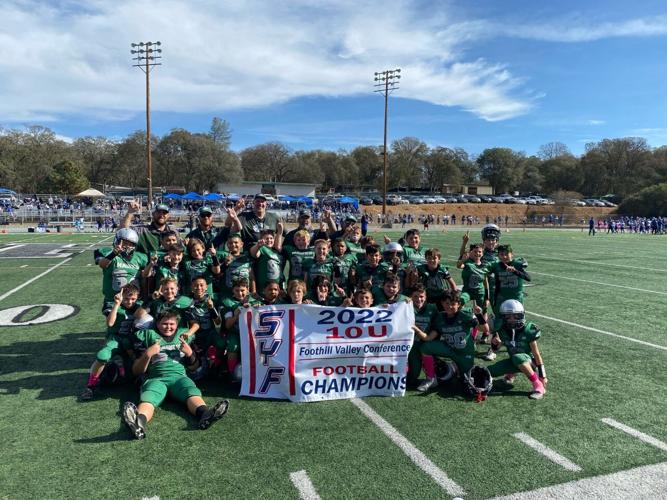 The Jr. Hawk 10U team with their championship banner 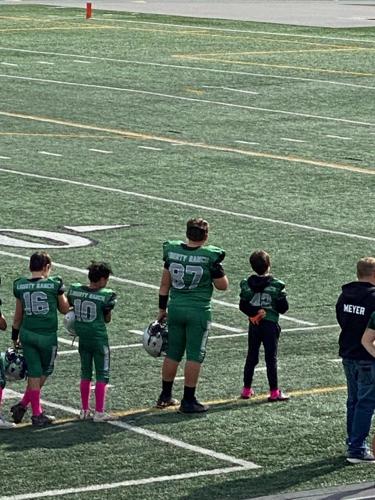 The Jr. Hawk captains participate in the coin toss.

The Jr. Hawk 10U team with their championship banner

The Jr. Hawk captains participate in the coin toss.

On Saturday, Oct. 29, the Junior Hawks 10u team took on Wheatland for the championship game, considered the “Super Bowl” of Jr. football. The undefeated Jr. Hawks bested Wheatland 25-6 for the SYF Foothill Valley Conference Championship.

Player Christopher Schroeder was prepared to have a different outcome than last year. “This game mattered more than any other game of the season,” said Schroeder. “This was a rematch of last year’s game where they beat us in the Super Bowl by one touchdown.”

The Junior Hawks took that sentiment to heart and dominated Wheatland, showing little mercy running the score up to 25-6.

Coach JJ Woodward appreciates how the athletes gave their best all season.

“It was a great game and a great season,” said Woodward. “These boys came out and played hard all year. Every play and every game they tried their best and finished the season with a perfect record. I couldn't be prouder of them and the effort each one of them gave.”