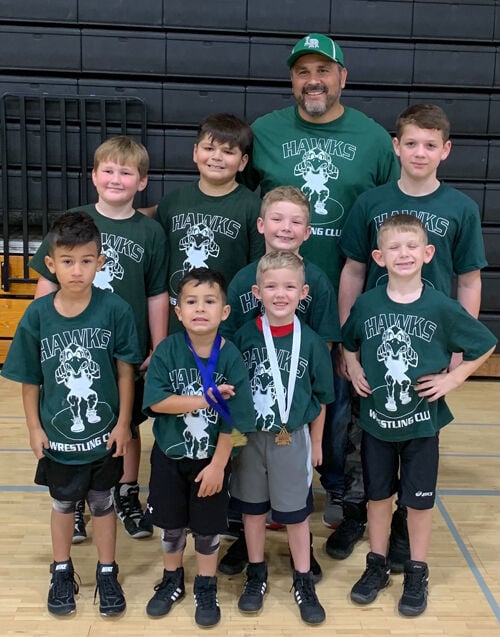 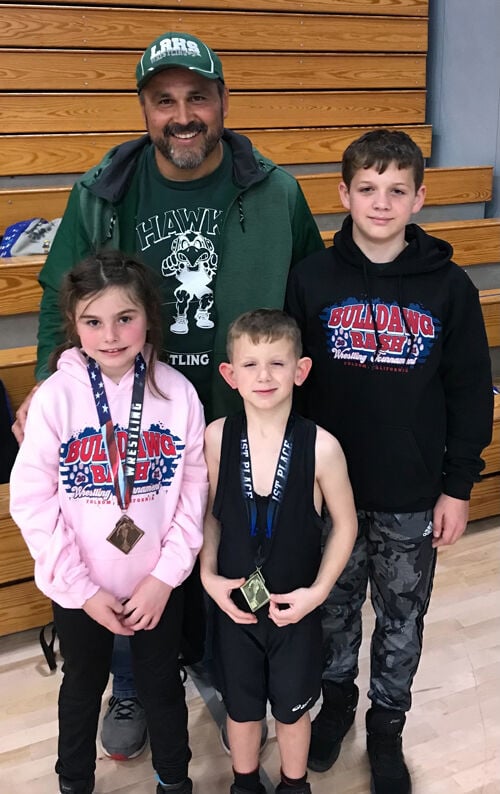 The Galt Jr. Hawks wrestling club had an outstanding showing the last few weekends. The wrestlers, ranging from kindergarten to seventh grade, all wrestled extremely well and brought home some medals. Last week at the Rio Linda Jr. folk style tournament, the day started with the under six age group, which had two wrestlers bring home medals. Tony Lopez had a fantastic day and wrestled his way to a first place medal, and Beckham Krudop wrestled very well for his third place medal. This was Tony’s second tournament and Beckham’s first.

In the eight and under age group, there were three wrestlers who competed. Sulli Corriea wrestled exceptionally well for first place in his very first tournament. His teammates, Lonzo Lopez and Braxton Krudop, wrestled some great matches for their second and first tournaments, respectively. In the 10 and under age group, Jordan Negrete did not have an opportunity to repeat his first place finish from three weeks ago at the Wild West shootout tournament due to forfeits. Christopher Abel showed up but, unfortunately, had no one in his bracket. Chris and his younger brother Charlie have steadily been going to practice and will be ready for the next tournament later this month. Rounding out the stellar performances of the day was Wyatt Corriea in the 14 and under age group. Wyatt was impressive and had a fantastic outing, wrestling five matches and coming home with a hard fought and well earned third place finish.

This past weekend, three wrestlers competed at the Bulldog Bash in Folsom. It was a great start for new wrestler Ella Van Conett. Ella performed very well in her first wrestling tournament and finished in third place. Sulli Corriea wrestled well and came home with another first place medal. Seventh grader Wyatt Corriea wrestled in the Tournament of Champions qualifier. Wyatt wrestled in the middle school class, in which he competes against sixth, seventh and eighth graders. Wyatt started the day with an impressive come-from-behind overtime win. Wyatt’s second match was another great match, but he was not able to pull it out. Wyatt’s final match was a rematch from last week in which he won, but fell short this week. For information regarding Galt area wrestling, call or text Jose Hernandez at 209-200-7317.