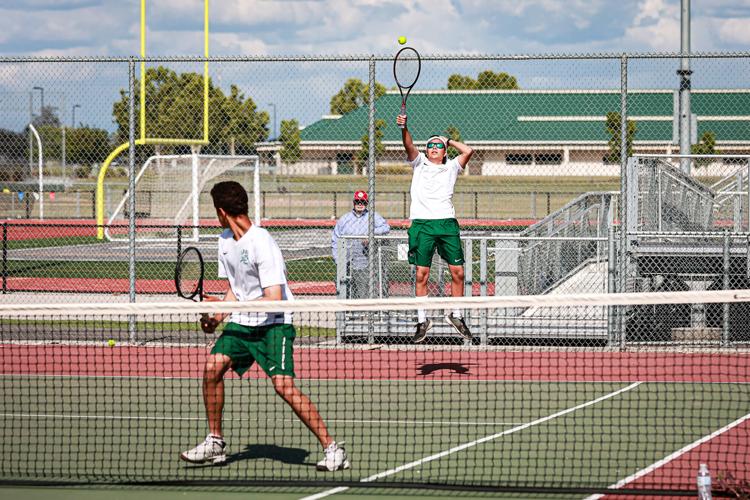 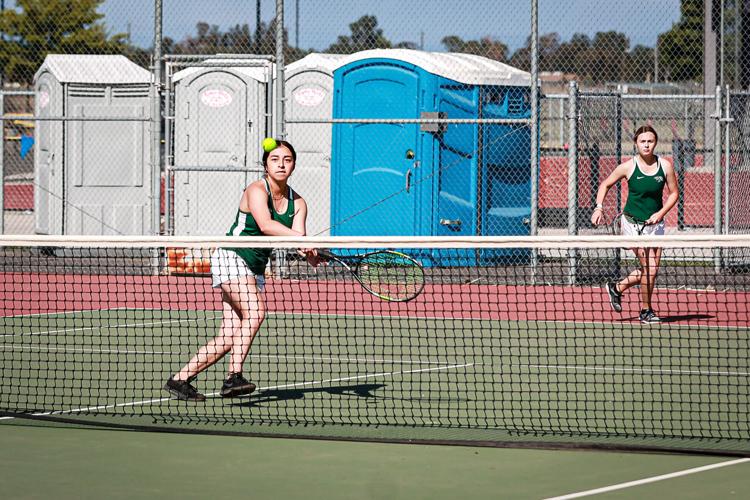 Luisa Contreras returns the ball while partner Payton Best backs her up. 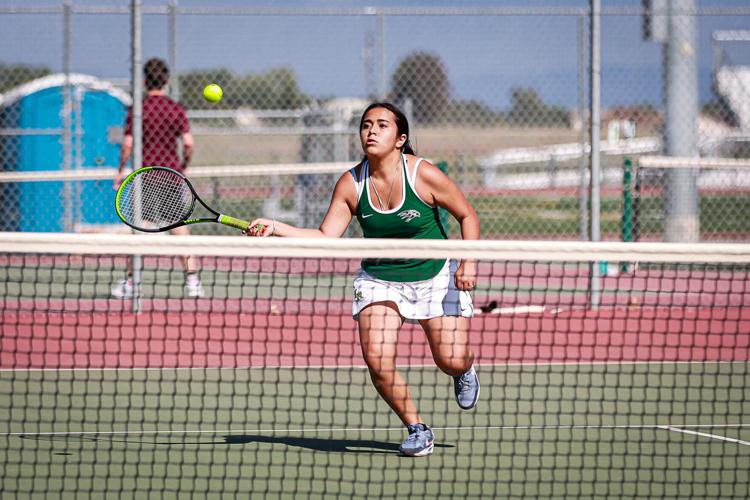 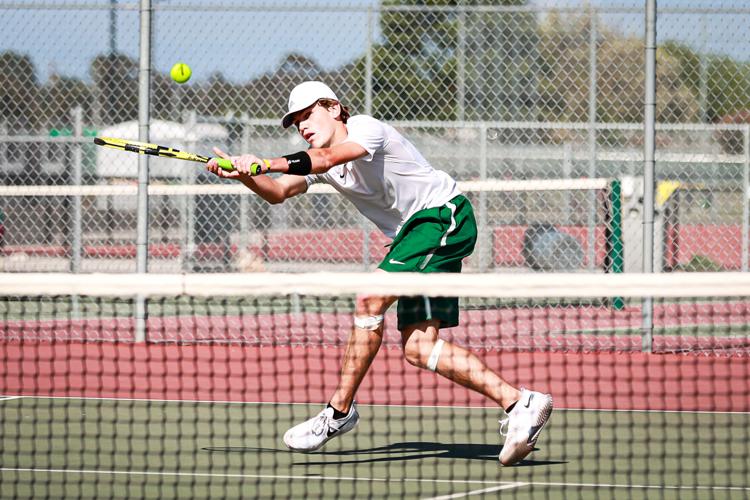 Michael Gale gives it everything to beat his West Campus opponent.

Luisa Contreras returns the ball while partner Payton Best backs her up.

Michael Gale gives it everything to beat his West Campus opponent.

Liberty Ranch tennis had an extremely successful season garnering the league championship with an impressive 10-0 record. They faced West Campus in the playoffs and were eliminated 3 wins to 6 losses when the afternoon was over.

Head Coach Hunter Franklin was excited for the league championship and hoping for a better outcome in the playoffs.

“The team is unfortunately done,” said Franklin. “We were unfortunately short a high-ranking player, which caused the rest of the team to move around. Almost half of our team was playing with new partners, and there is a certain chemistry that you don’t have when playing with a new partner. That being said, there were plenty of close matches that could have gone both ways, and the team overall played excellent. I am very proud of what the team accomplished this season and am looking forward to our next season.”

Number one men’s single Kesler Coleson did away with the West Campus competition in two sets 6-1, 6-2. Michael Gale battled from behind in his first set against West Campus and came away with a singles win 7-5, 6-1.

In ladies’ singles Ameena Melgoza lost to West Campus 5-7,6-1, but will move on to individual competition. Isabella Schweitz lost in a tiebreaker 6-7,4-7,1-6.

Coleson and Melgoza will compete in the singles tournament in Stockton this week.