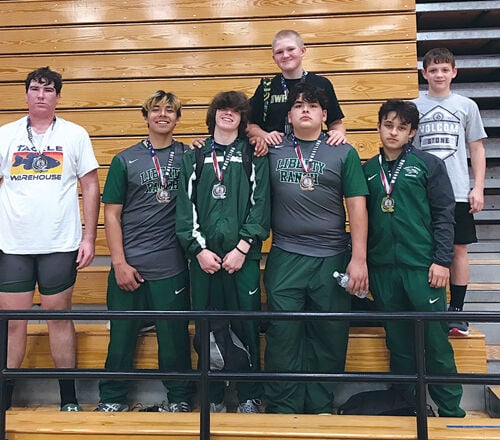 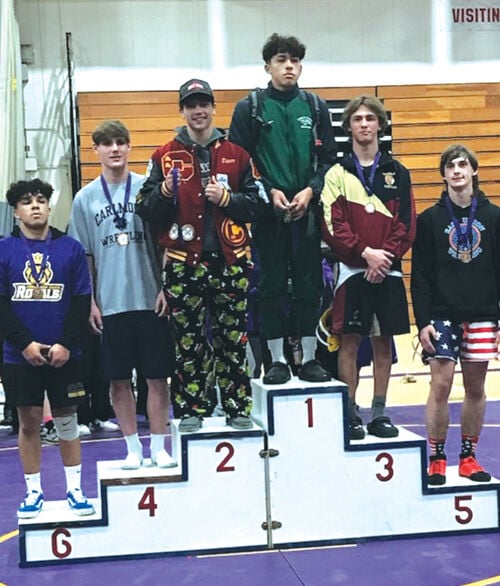 Paul Johnson on top of podium in the 152 lb. class at Tokay.

Paul Johnson on top of podium in the 152 lb. class at Tokay.

Liberty Ranch competed at two different tournaments this past weekend, Tokay and Folsom High. Top placer for Liberty Ranch was freshman Paul Johnson at the Tokay tournament. Paul was in one of the largest brackets of the tourney and he came out in first place.

“Tokay is a very tough varsity tournament and for Paul to do that in his first high school tournament is really impressive.” All of the wrestlers at Tokay had a good day with Michael Negrete placing third in the 195 lb. class and Kinyaa’aanii Nuno taking fifth at 145 lbs.

Folsom High was a high level JV tournament that hosted 14 teams. Top finishers for Liberty were Antonio Nuno (132 lbs.) and Josh Sanchez (150 lbs.) finishing in first place. Jarrett Kerin and Gavin Voyles walked away from the tournament with second place medals. “Jarrett hasn’t wrestled in two years so it was nice to see him start the season in that manner. The only loss he had was a 6-4 match, so he was that close to winning the whole thing.” Everyone came home with a medal from Folsom with Omar Enriquez, Brandon Eckroth and Erik Salas completing the Liberty lineup with a third place medal.

“Those three were competing in their first high school tournament, so it was a very positive note.”

Next weekend Liberty will be competing in the Lancer Invite at Cordova High School.