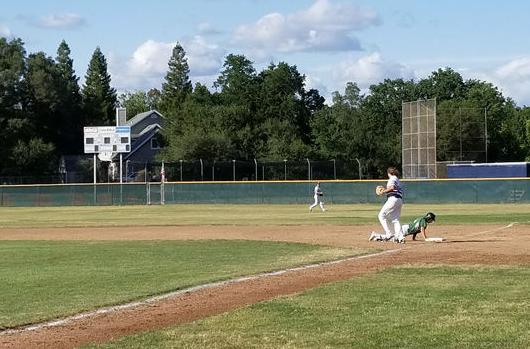 The Hawks, pictured in the playoffs last season, were hoping to make another run before the break was implemented in early March. 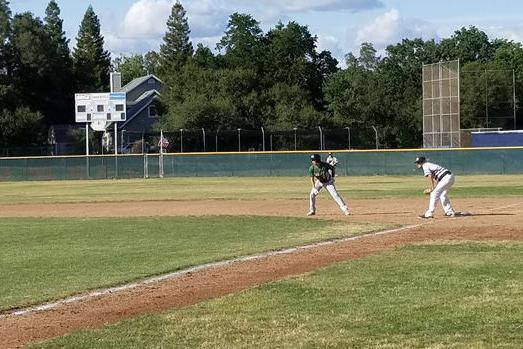 The baseball season is on pause for the Liberty Ranch Hawks and teams across the Sac-Joaquin Section until at least May 1.

The Hawks, pictured in the playoffs last season, were hoping to make another run before the break was implemented in early March.

The baseball season is on pause for the Liberty Ranch Hawks and teams across the Sac-Joaquin Section until at least May 1.

New Liberty Ranch head baseball coach Doug Hughes was at an interesting point in the season in early March; he had been with the Hawks long enough to help them win their first two Sierra Valley Conference games but with only a handful of games under their belt, the Hawks were still going through a learning curve with nearly the entire league season ahead.

The Hawks were 2-0 in league with Hughes, who coached the last four seasons at Cordova, noting that the team was confident in their potential to win a second straight SVC title.

“They feel that they have the team to win the SVC again and to compete for a section title and most of them are at a loss for words,” Hughes said on March 28. “I’ve been relaying to them almost on a daily basis that it’s better for them to stay home.”

The Hawks went 13-2 in league play last season under Wade Isbell, who left to spend time with family.

Having faced just two league opponents (the Hawks defeated Bradshaw Christian and Galt), the Hawks were 2-3 overall, including preseason play. While most of their season is gone (Sacramento County schools announced last week that the school shutdowns are now in effect till May 1) and possibly the rest of the season depending on how long the coronavirus pandemic lasts, Hughes said the Hawks are doing what they can to stay fit individually.

“They’ve been doing everything on their own. I know a lot of them have been going to the cage at the park and hitting,” Hughes said.

Hughes was the head coach at Cordova for four years and prior to that he coached at Sheldon for seven years.

Hughes lives close to Sheldon High School and after getting to know some of the Hawks’ baseball players due to his summer ball team River City Outlaws, the location and comfort level of coaching at Liberty Rand was a combination he knew would fit for both the Hawks and himself.

“Liberty was a job I seeked for several years but the timing wasn’t right. It was closer to home than going to Cordova, and I knew a lot of the kids and I thought it was a great fit for me,” said Hughes.

Former Hawks, such as brothers Mark and Calvin Aubrey as well as Colton Sales, played for the Outlaws, a 19-and under team, and Hughes also faced the Hawks in past seasons when the Lancers played the Hawks during the high school season.

The Hawks have one freshman, Luke Manning, as well as three sophomores, and Hughes noted the Hawks’ up-and-coming talent.

“I knew nothing about him (Manning) till summer ball. Luke’s the real deal. If he keeps going the way he’s going, he’s going to be a D1 prospect,” Hughes said.

Besides the Manning brothers, the Hawks have another family unit on the team in regard to the coaching staff.

Hughes’ sons, Devin Hughes and Doug Hughes, Jr., are both assistant coaches to their dad. The Hughes brothers both played at and graduated from Sheldon.

While the Hawks are unsure of whether they’ll step onto another field this season, one thing that is certain is their bond, says Hughes.

“They are the definition of a team. It’s funny because they all hang out together. It’s probably the loosest team I’ve coached. It makes me enjoy coming to practice with these kids.”