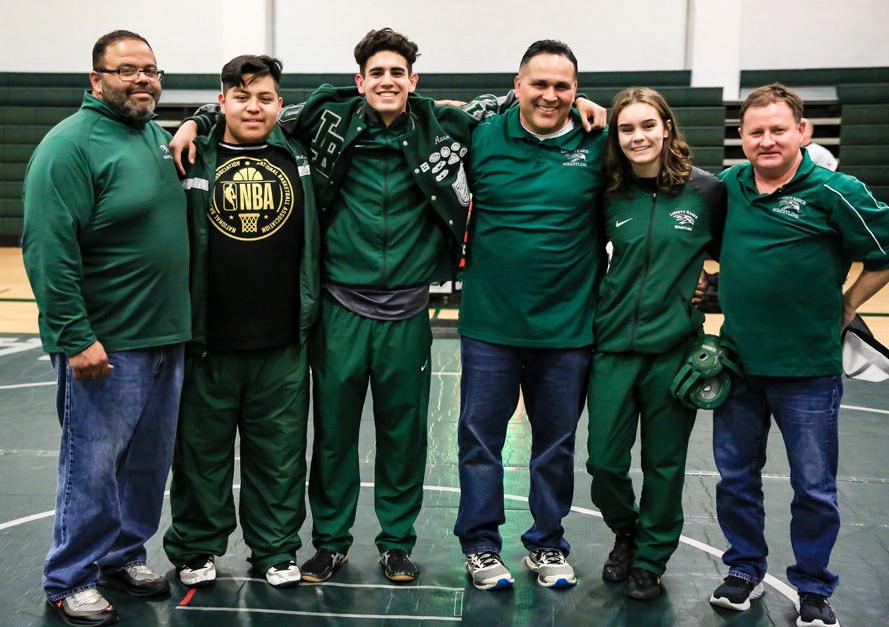 Liberty Ranch seniors were honored during wrestling’s senior night prior to the all-city meet against Galt. 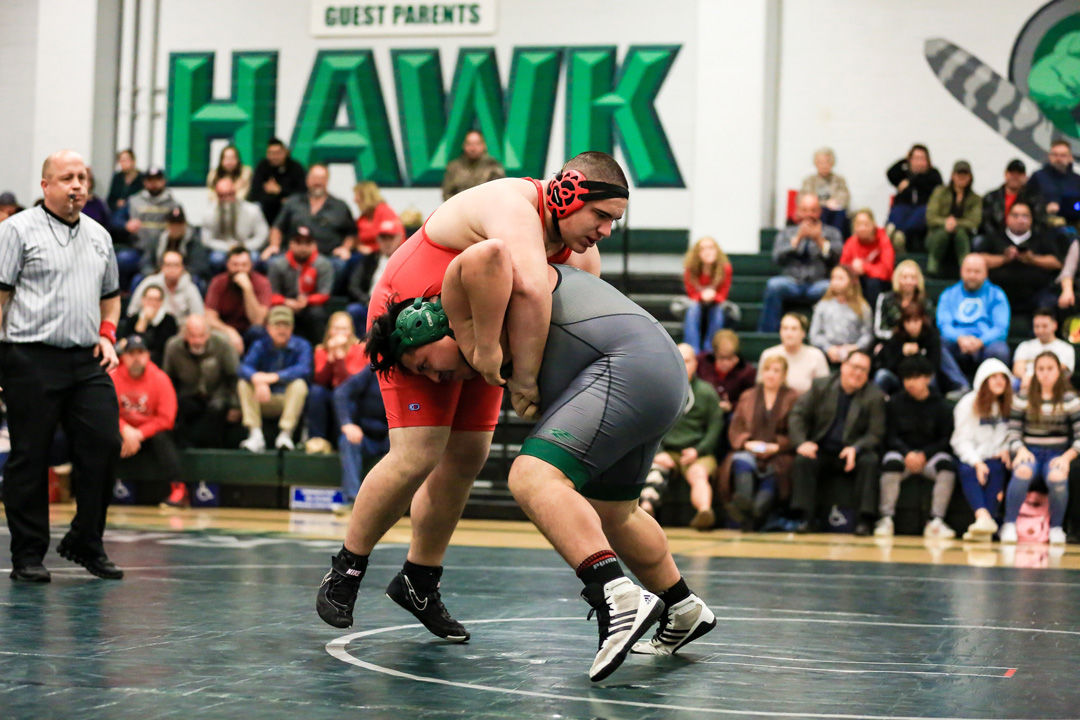 Liberty Ranch seniors were honored during wrestling’s senior night prior to the all-city meet against Galt.

After several close matchups and a night that honored the city’s senior wrestlers, the Galt Warriors defeated the Hawks 44-23 on Jan. 22.

The meet was the second Sierra Valley Conference meet of the year for both schools, which wrestled against Union Mine and El Dorado the week before.

The Warriors’ winners against the Hawks included Zach Cirac, who won by fall, Zack Mason, who also won by fall and Nathan Flores, who pinned Jose Acosta in maybe the most intense match up of the night, as the score was either deadlocked or close the entire matchup.

William Farren won by fall for the Warriors, as well.

“It was a great effort by all the kids. There’s a lot of young kids on our team doing their part and they did well tonight. The guys we expected to win did, and it’s just the kids working harder on the mat in the practice room and that’s what they did last week,” Galt coach Tim Cobleigh said afterward.

The Warriors had to bump almost every wrestler from 145 and above up a weight class, said Cobleigh.

“I know we had to bump some guys up into heavier weight classes but they did well doing it,” Cobleigh said.

“I thought we wrestled okay, we didn’t wrestle really well but we’re a young team. We only have two seniors that wrestled tonight. Aaron lost, so did Pancho, but we’re really, really young and Galt wrestled well. We’re going to try to get better for next week,” Liberty Ranch coach Oscar Johnson said afterward.

The Hawks, which have 26 wrestlers this season, have fared well in tournaments this season as in past years and Johnson estimated that the girls’ wrestling team is among the top 10 in the area.

“We’ve been wrestling really well at tournaments for a young team. We just have to get used to wrestling as a team at a dual. It’s tough for new kids. We’ll be back in the lab, trying to work on it and get better each week,” Johnson said.

Both teams will travel together today to compete against Bradshaw Christian and Rosemont.