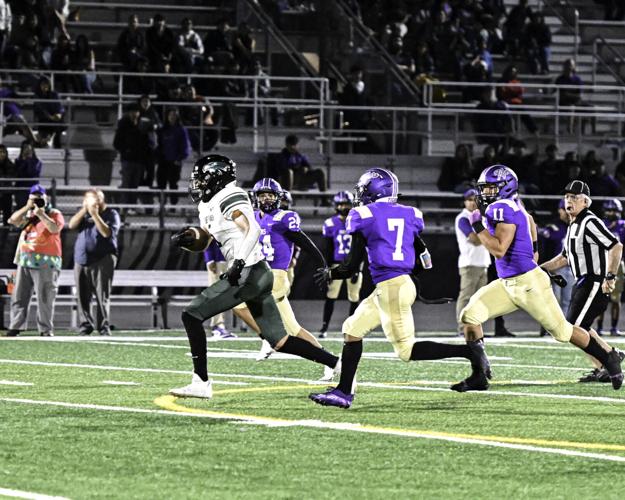 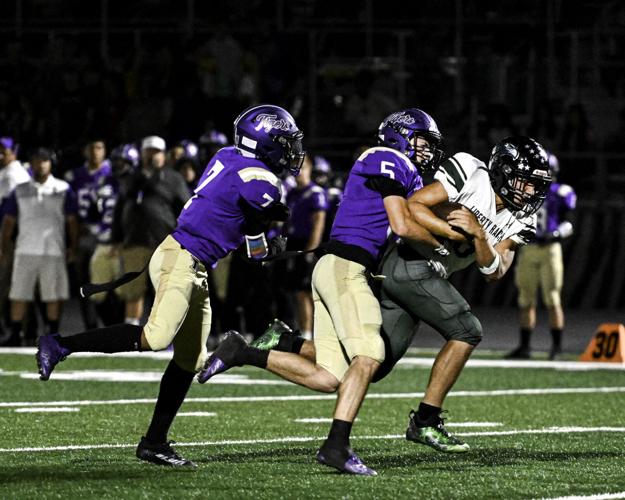 Arthur Draeger works for some of his 279 game yards. 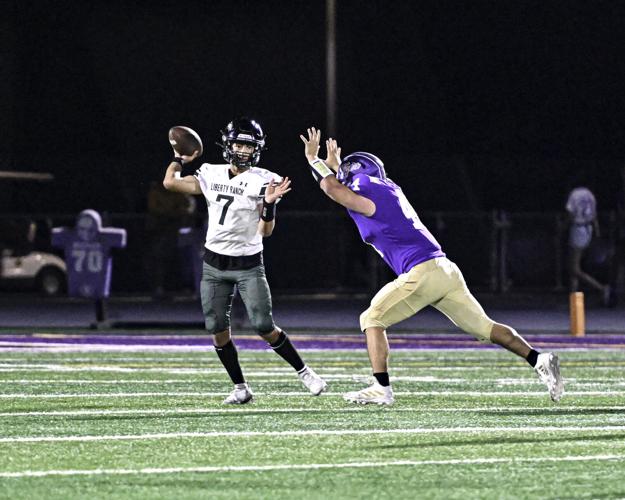 Kymani Fenika throws one of his 81 passing yards against Tokay. 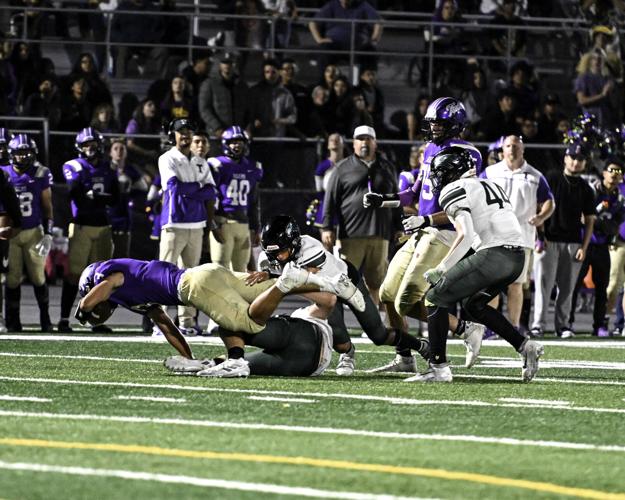 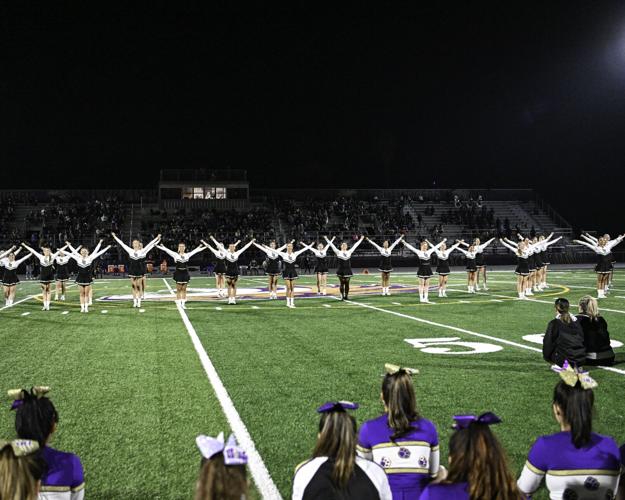 The Hawk cheerleaders show off their precision at the Tokay game.

Arthur Draeger works for some of his 279 game yards.

Kymani Fenika throws one of his 81 passing yards against Tokay.

The Hawk cheerleaders show off their precision at the Tokay game.

It was the talk of the sports editors in the area. The undefeated Liberty Ranch Hawks would face off against the undefeated Division 2 Tokay High School.

I talked to a few players during the week, and they weren’t taking anything for granted. They were preparing, focusing and practicing to take on the Tokay Tigers, and the athletes knew it would be their biggest challenge so far.

They knew they had to be at their best and, boy, were they. The Hawk defense didn’t’ even let the Tigers score until after halftime, and they only gave up one touchdown the whole game.

Liberty Ranch scored one touchdown in the first quarter and one in the second. The score at halftime was Liberty 12, Tokay 0.

With Arthur Draeger scoring four touchdowns (one a pick six) and Kymani Fenika putting one in, the final score was the Hawks, 33-6.

Head coach Warren Schroeder knew this was going to be their biggest challenge so far. “This was a great test for us going into league play,” said Schroeder. “I am very proud of our team for stepping up to the occasion and playing so well against a higher division opponent. We dealt with the adversity of the game with focus and determination, and didn’t let it distract us from executing on both sides of the ball.”

Nick Camarillo and Dreager each grabbed an interception. Cody Smith sacked the quarterback twice. In fact, the Hawks broke through the Tokay offensive line for a total of five sacks. Brannon Cathey had five solo tackles while Smith had four, and Draeger and Fenika each nabbed three tackles.