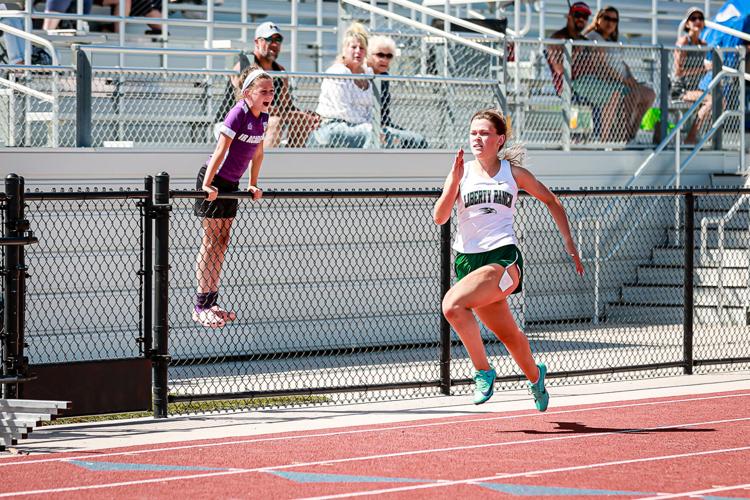 Liberty Ranch’s Kaytlynn Staley runs for first in the 100m dash while sister Madalynn cheers her on from the fence. 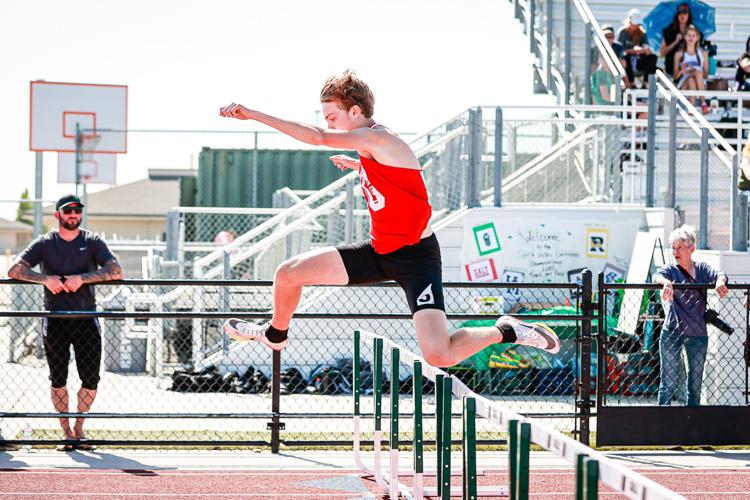 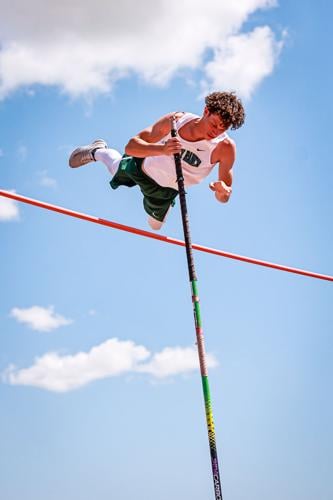 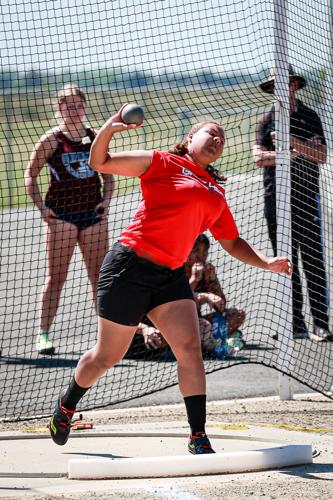 Giving it her all, Warrior Emily McCalla pushes the shot 32’7” for the win. 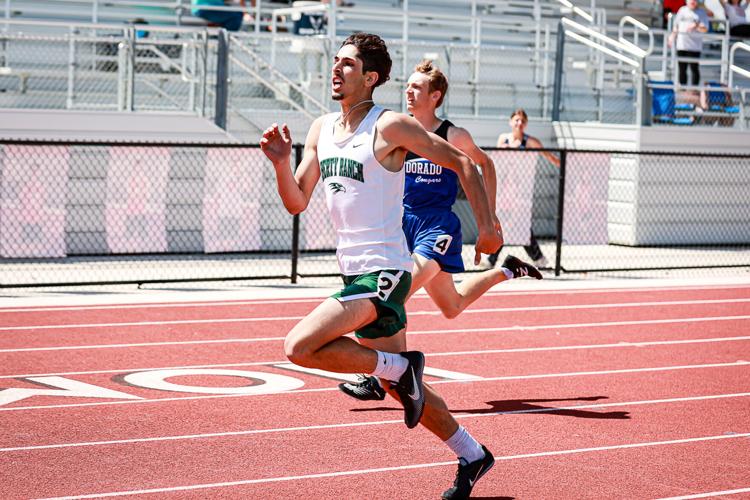 Liberty Ranch’s Kaytlynn Staley runs for first in the 100m dash while sister Madalynn cheers her on from the fence.

Giving it her all, Warrior Emily McCalla pushes the shot 32’7” for the win.

For the first time in the school’s history, the SVC track league finals were held at the Liberty Ranch stadium.

As a team, the Galt men placed second with El Dorado taking the first slot, and Liberty Ranch men placed fourth out of six teams in the league.

Frosh/Soph men had Galt at second and Liberty Ranch at fifth.

Frosh/Soph women had Liberty Ranch placed fourth and Galt placed fifth. All Frosh/Soph are done competing and only varsity will move on to subsections.

“Even though it was a challenging season coming back from COVID, Liberty Ranch track and field athletes persevered and did a great job at league championships,” said Corriea. “We have 16 kids that are going on to the next level. They worked really hard to get to where they are, and I couldn’t be more proud of them. I’m even more excided for what the future holds for track and field at Liberty Ranch High School.”

Coach Corriea also wants to say thank you and show appreciation to the volunteers, coaches from Galt and athletes in making league championships possible at Liberty Ranch High School. “It really showed that the community can come together and make something great happen for this town. I am proud of all the athletes and I wish them the best of luck.”

Galt High Head Coach Neil Martin is proud so many athletes are moving on.

“League finals went excellently on Saturday, “said Martin. “The Galt men placed second overall. We will have 15 athletes advancing in almost 20 events. Coach Jackie from Liberty Ranch and her assistant coach Jayna did a phenomenal job at hosting the event. We couldn’t have been more impressed by their professionalism and attention to detail.”

Liberty Ranch’s Kaytlynn Staley pushed herself to the limit and squeezed by a Rosemont runner by .01 of a second to win the 100-meter dash with a personal record (PR) of 13.14. She leaned in so far at the finish line she fell, and came away with track burns on her thigh and knee.

The men’s pole vault was an exciting competition with Liberty’s Carson Trefz, who has a school record of 14’3”, taking first at 12’. He was able to stop at 12 for the win and run off and get ready for prom. Galt’s Jeremy Eaton took second with a PR of 11’ and Galt’s Kayson Jones placed third at 11’.