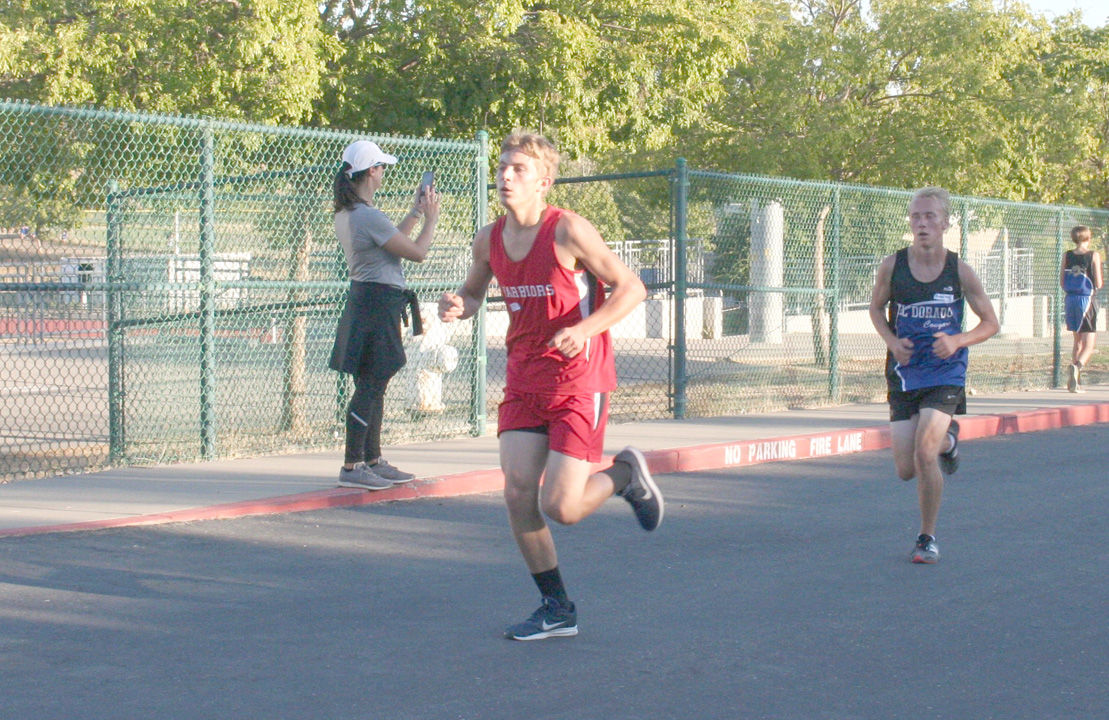 The Warriors’ Ethan Reece competes for the varsity boys in the second SVC meet. 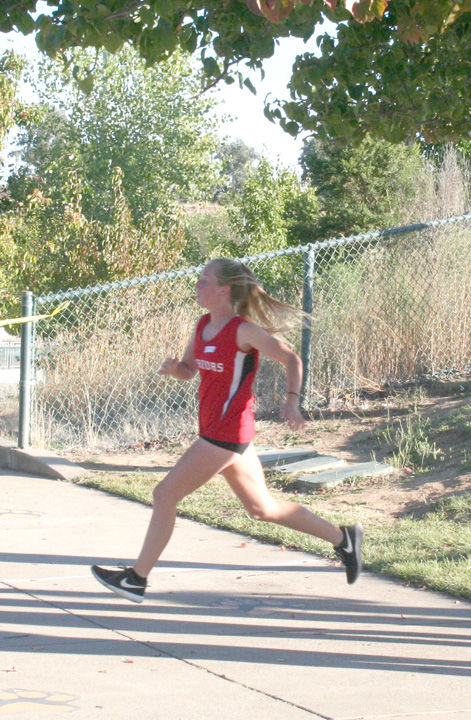 The Warriors’ Ethan Reece competes for the varsity boys in the second SVC meet.

It was the Galt Warriors’ veteran runners who were the first among the team to cross the finish line in both varsity races at the second Sierra Valley Conference meet, but as Warrior co-head coach Matt Silva said, the Warriors have a strong freshman class that is performing well and is also helping the team earn team points.

“The girls, we had Madison finish first on our team, and we have some freshmen who’ve been really doing well, Cheyenne Ullrich and Julie Sporleder,” Silva said after the SVC meet, which was held at Rosemont High School Oct. 2. “They’ve all been doing really well. They’re going to be the ones who take over the program once Maddie and Zada and Violet all exit out.”

“I think they did really well for the boys’ side. Ethan finished in the top 10 so we were happy with his finish, and also Sebastian Baez had a strong finish for the boys’ team,” said Silva, who coaches the team alongside Steve Duncan.

The race saw the Warriors end up with slightly improved results over the first SVC meet, which was held at Folsom in September.

In the freshman-sophomore boys race, Sergio Martinez, a freshman, placed sixth with his time of 12:48.

The Warriors have approximately 18 runners, according to Silva, which is on par with their roster numbers over the past few years.

“In the past few years, it’s about where we’ve been, but going back to 4-5 years ago, we had a really small team so it’s gradually growing. We’re just happy to have the interested kids and that they’re coming out and working hard.”

The Warriors’ next scheduled meet is Oct. 19 at the Bella Vista Bronco Cross Country Invitational.